Finding Out My New Counters Would Cost $1,800 Was the Good Kind of Sticker Shock 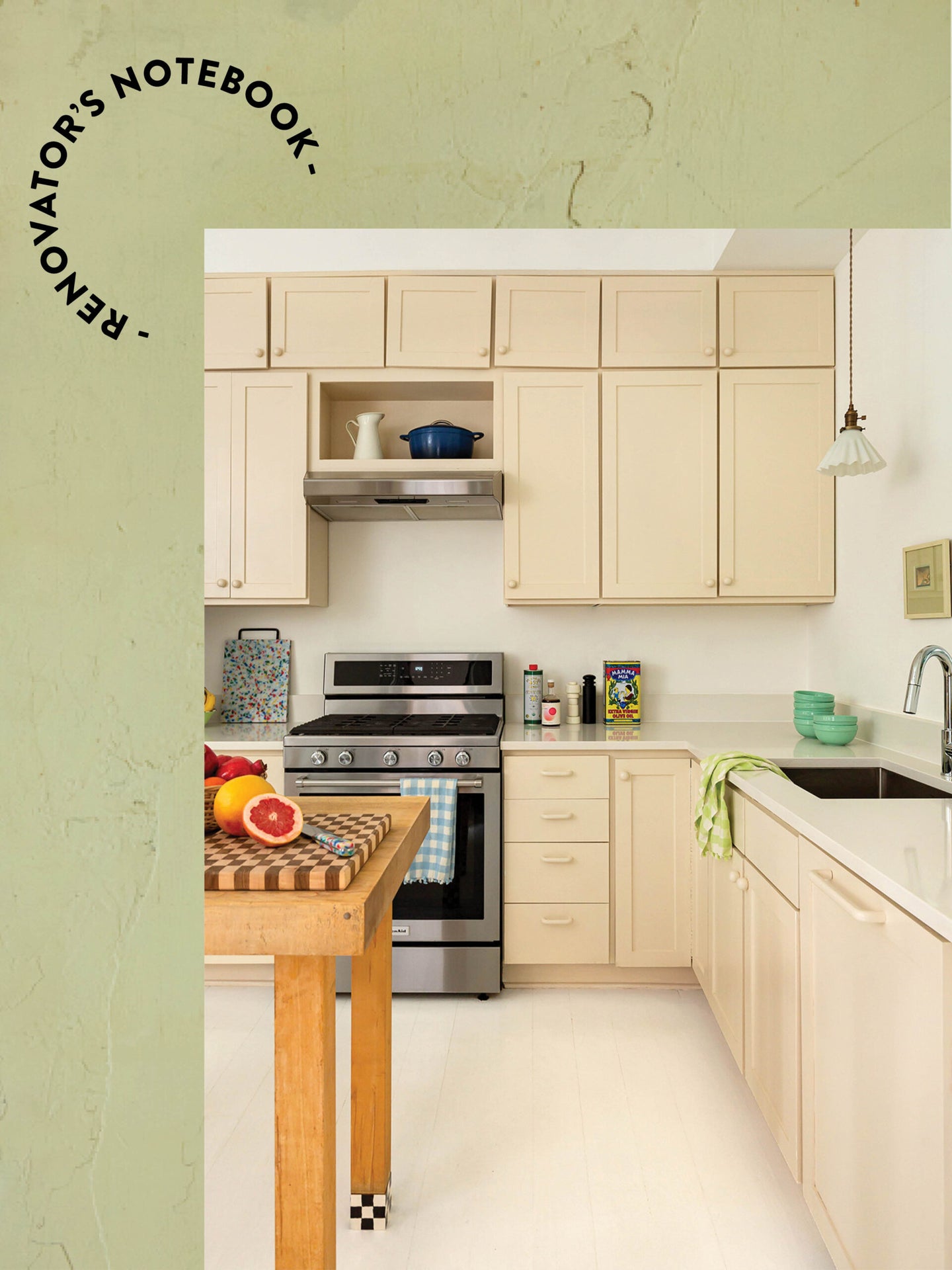 Top priority: Bringing some warmth to a well-loved kitchen without completely starting from scratch.

Jen Levy’s paint-buying experience was your typical tumultuous tale. After weighing six different whites, she bought five gallons of Decorator’s White, began covering the walls in her Baltimore kitchen, and abruptly stopped. “It was looking too gray,” she recalls. That’s when the senior producer at Sundown Studio, a design and production company focused on retail interiors and pop-ups, asked her good interior designer friend Joy Strom to come over and assess the color conundrum.

In an hour, Strom had helped Levy pick out a fresh, crisp option for the walls (Chantilly Lace by Benjamin Moore) and a beigey off-white for the cabinets (Divine White by Sherwin-Williams). “To just have a conversation with another design-oriented person who has done this before really catapulted a lot of smart ideas,” shares Levy.

Fortunately for Levy, the kitchen wasn’t in need of a gut renovation. “The previous owners had great taste, but I was eager to make it my own,” she says. Knowing her friend didn’t want to spend a small fortune on the reno, Strom talked Levy into sticking with the room’s existing 156-square-foot layout and focusing on cosmetic updates. Levy learned to love her quirky cupboard doors that, yes, sometimes don’t close all the way and, on occasion, require tightening with a screwdriver. “I leaned into those imperfections. If I wanted a new house, I would have bought a new house,” says Levy. Ahead, in her own words, the first-time homeowner takes us behind the scenes of her roughly $8,000 transformation.

I was desperate to swap out the dark green granite counters in the kitchen, and Joy suggested white quartz to match the existing peninsula in the space. I was surprised at how affordable it was: By sourcing directly through the manufacturer, I was able to get 24 square feet of quartz for $1,800. That swap also led to me to purchase a new sink and faucet (the old one was the size of a bar sink), which rang in at $350.

Not only was the ceiling fan a bit dated and prone to grease, I felt like the black blades made the ceiling appear lower than it really was, which isn’t what you want in a small space. I removed it and covered it with a simple plate from Home Depot, then replaced the distracting can lights with seamless LED ones ($22 per piece). On a trip to Brooklyn, I bought two vintage pendant lamps from Holler & Squall that act almost like jewelry for the room, like when you’re getting ready to go out and you complete a simple outfit with strong earrings.

As I was browsing brass hardware for the cabinets, thinking that would make the space feel a little more upscale, I realized it would add up to around $1,000. Joy chimed in again: “Why don’t you just get wood handles and knobs and paint them?” she told me. It would have never crossed my mind. It was a simple and affordable idea at about $3 apiece, and it looks so appealing.

The Appliances With a Payment Plan

The painting and countertops were costs I had to pay up front, so when I eventually moved onto appliances, I wanted to pay them off over time. After spending months doing online research and getting nowhere, I went in person to a Best Buy and within an hour I selected the refrigerator, range, and dishwasher. The total ended up being $4,800 (including delivery, haul-away, and installation), but with a store credit card I was able to spread out the payments over 12 months with no interest. That was the key to making this whole renovation affordable.

While my main priority with a fridge was that it kept my food cold, I was pickier with the dishwasher. I wanted a panel-ready option so that it would blend in with the cabinets. After sourcing a matching front from the Cabinet Door Store for $100, I had a friend make a custom handle for it.

The Bespoke Island With a Nostalgic Twist

The new butcher block island was a $250 Craigslist score. The seller told me it’s from the 1970s, but who really knows. I loved the modern lines of it, just not the big wheels it came on. For the sake of sturdiness, I took them off and replaced them with 3-by-3-inch wood blocks I found on Amazon. Because the tones were different, I decided to paint the cubes in a black-and-white checkered pattern. It’s a scheme that runs throughout the rest of the house, and it also reminded me of the MacKenzie-Childs pieces in my mom’s kitchen growing up. I always come back to what’s easy, what’s affordable, and what I can do by myself.