Must-Haves at the Novogratzes’ Brazilian Beach House: A 20-Seat Dining Table and a Carefree Attitude

It all started at a bar in New York City. 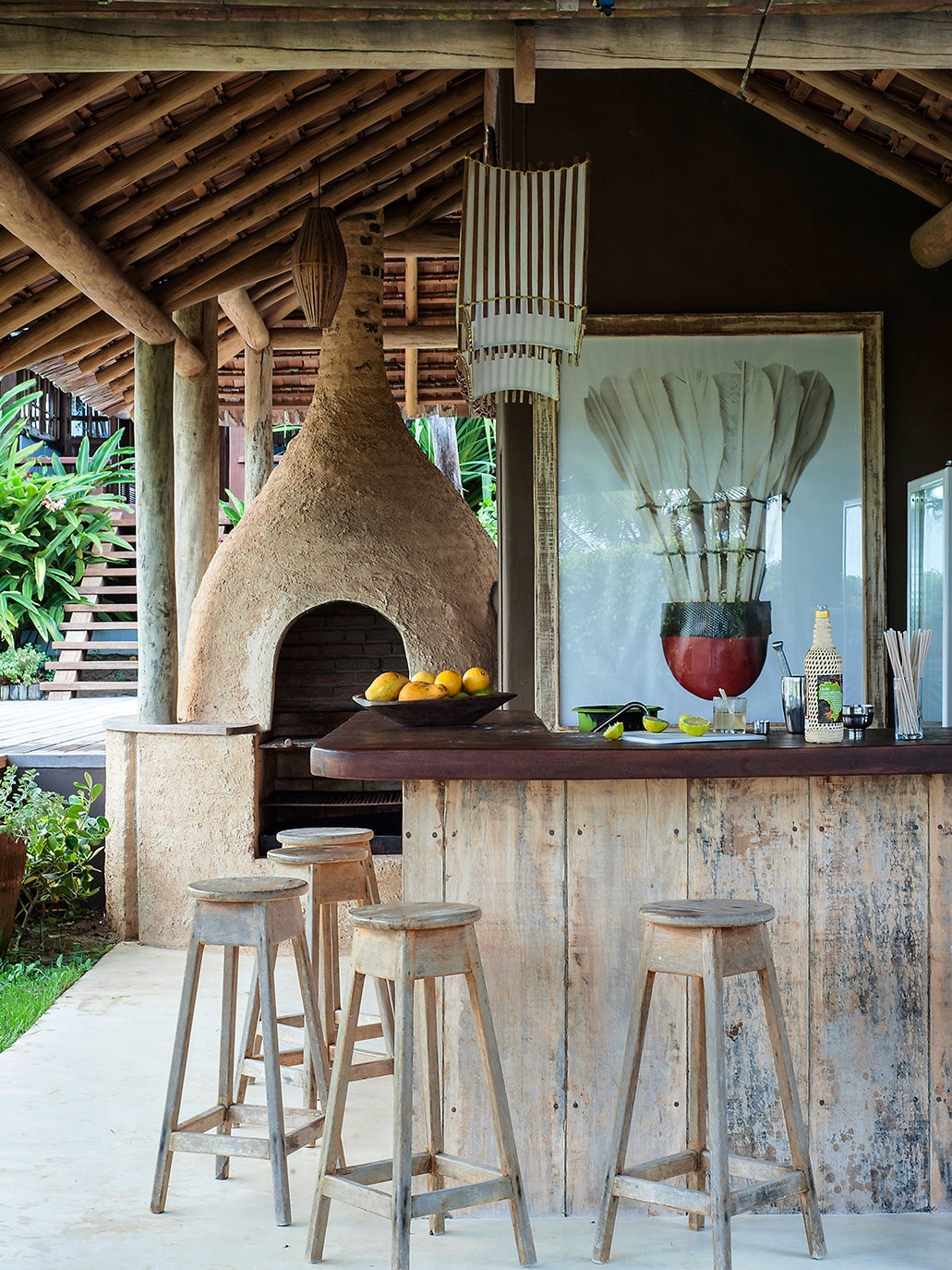 Robert Novogratz’s lawyer was skeptical. His client had called him to explain that he was thinking about buying a house in Brazil. From a guy he used to drink Stellas with at the now defunct New York City hang Cafe Noir. (This was 2005.) The lawyer ruminated on the news. “So what you’re telling me is you’re buying a house in Brazil from a drunk Russian,” he remarked.

Yes, that was what Robert was planning to do.

The lawyer replied: “Well, the good news is that he’s probably broke and you’re gonna get a deal.” (“I was fair,” Robert slips in.)

Trancoso, on Brazil’s Bahia coast, has been a haunt of the famous and fancy for at least two decades. The small fishing village’s relaxed beaches have been carefully preserved by locals since the ’70s, but the 2000s arrival of the Uxua Casa Hotel drew more visitors to the area over time. The destination is prized today for white-sand shorelines; a charming quadrado (a centrally located square in town); and tranquility that attracts celebrities, soccer players, and supermodels alike. It’s also just a 1.5-hour puddle jumper from both Rio de Janeiro and São Paulo.

The town’s T-shirt-and-swimsuit culture was one of the main draws for the New York City–based Novogratz family, all nine of them (Robert and his wife, Cortney, have seven children). They love to travel as a unit, and heading south during spring break has become something of a tradition; they always go in March. “That’s toward the end of [Brazil’s] summer, and it’s still superwarm,” Robert says. As their kids have gotten older, they’ve come to fully appreciate the dirt roads, local soccer fields, and come-and-go feeling of Trancoso: “There’s a real sense of freedom there.”

The home, a breezy, rustic space, is 1,000 feet from the ocean and nestled up a small hill with views of the water. The couple purchased the property knowing it was in need of a not-so-small rehabilitation: The main house was left far from complete by the previous owner (the Russian, an architect). For continuity, Novogratz decided to bring in the same builder who had started the job to finish it; he also tapped the same person to construct an additional treehouse and outdoor space, including a pool and pizza oven. Five years after taking ownership, the couple finally had the entire property where they wanted it.

The exteriors and interiors are of equal importance in this space, and many were built with indigenous or reclaimed materials like eucalyptus, tatajuba, and paraju wood. Robert points to the extraordinary skill of local craftspeople; many clearly work from muscle memory. “We would design with them, like tear sheets and crude drawings, and they built with handmade tools,” he marvels. “Many times I [would] catch myself watching someone sawing wood or doing whatever they do. I could watch for two or three hours.”

Housing the nine Novogratzes anywhere is usually a challenge, but not here. Featuring an expansive porch and open-air dining room—with a 20-seat table—as well as four suites (one of which has six twin beds), the home prioritizes carefree, comfortable gathering spaces. On arrival, closed storage is traded for exposed closets, and there’s barely use for anything other than flip-flops.

The kidney-shaped pool (the kids’ favorite place), constructed of old river quarry from the area, is surrounded by a paraju-clad deck and wood-constructed cabanas to lounge, play pool, or hit ping-pong under. An outdoor bar, topped in an angelim-wood countertop, is arguably the central convening place for the family and their guests. Robert outfitted the entertaining space—located just steps from the main house and, appropriately, next to the pool—with a towering, 7-foot-tall clay-stucco pizza oven. (With so much time spent outside when the family is there, the kitchen inside is simply furnished.) A staircase that snakes around the main house leads to a one-suite treehouse, which is entirely outfitted with locally sourced pieces.

The couple did infuse their own signature look—pops of color, prints, funky vases, sizable art—across the multiple structures, all while balancing that with handmade pendant lamps, locally made woven and wood dining furniture, and a rustic hutch. Beds are swathed in gauzy mosquito nets and dressed in vibrant linens. That electric pink shower? They were inspired by the colors on the quadrado and decided to overhaul the entire room.

Over the years, Robert says that the highlights of their time in Trancoso have evolved, from having a meal at a great restaurant or being on the beach all day to something more distilled: being surrounded by pure nature. (Case in point: The bright spot of recent trips has been feeding a family of monkeys that visited the home every morning.) “As we grow older, our priorities change. We’ve grown with the house in that way,” he says. It makes that deal, made 17 years ago and 4,500 miles from Brazil, look pretty smart.