His studio might be tiny, but his clothes are happy. 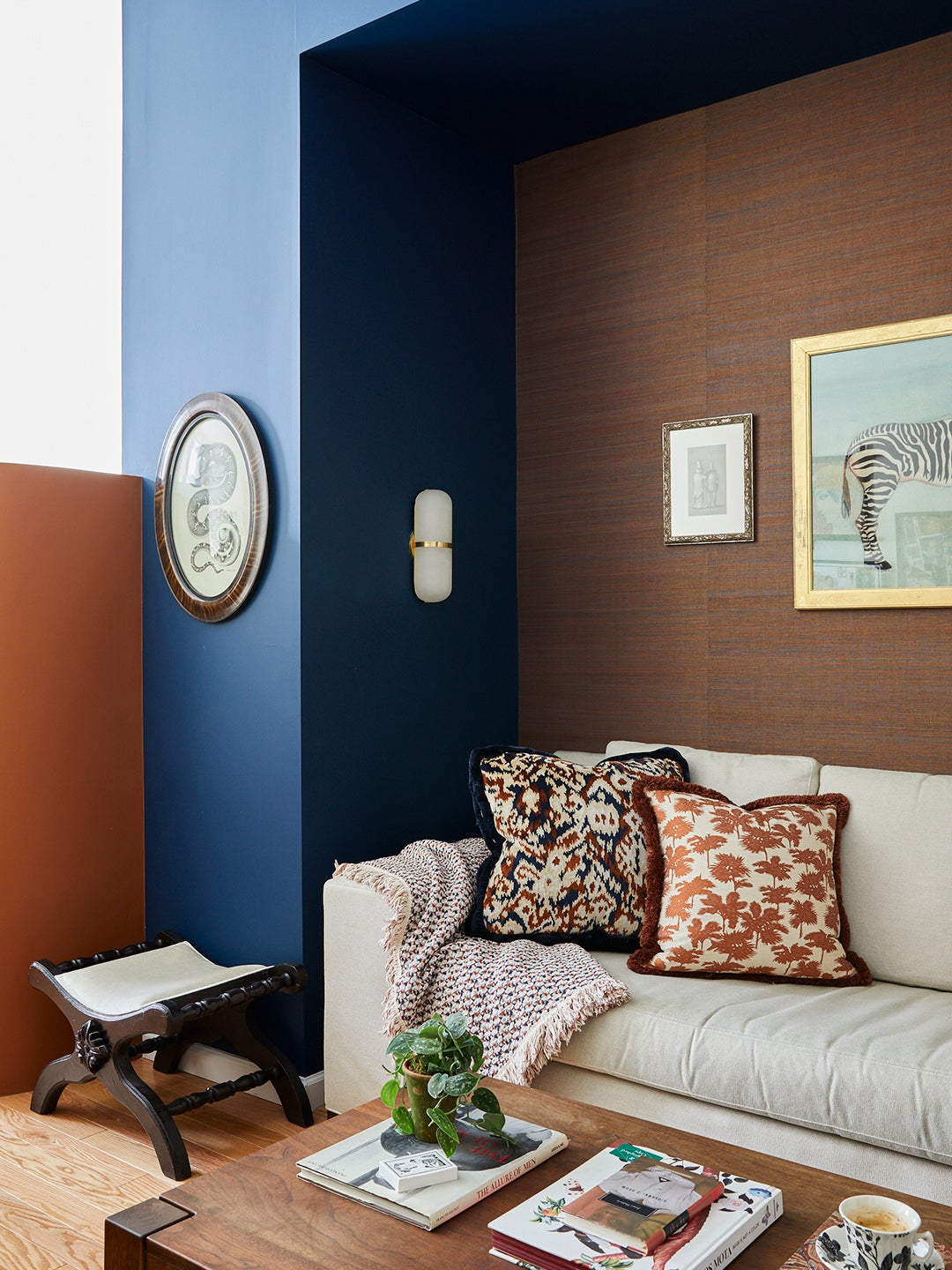 Brett Williams had never bothered to do the math to figure out the exact square footage of his New York City studio apartment. So when he recently tapped a colleague at Young Huh Interior Design, where he has served as the business director for more than three years, to run the numbers, he was shocked when he heard 442. “When I tell you it feels so much bigger than that—it really does,” says Williams. “I was like, you have to calculate that again.” The 13.5-foot-high ceilings and two massive south-facing windows contribute to the illusion, but it’s really all in the architecture—and Williams has a previous tenant to thank for that.

“Apparently, in the 1980s, there was a bachelor living here who was dating an interior designer, and she did this brilliant space planning,” he explains. A thick column and deep ceiling overhang frame the main lounge space, while a built-in platform headboard and curved wall hide the bed and dressing area from view. However, that wasn’t the reason Williams signed his lease back in 2020: It was the ample storage that hooked him. “I would prefer to live in an apartment that has less living space and more closets so I can tuck a bunch of stuff away,” he says. “To be fair, I have a lot of clothes.”

When Williams invited the firm’s founder, Young Huh, to take a look at his new Lenox Hill spot, she immediately suggested painting the architectural elements. “We wanted it to feel like his dream apartment. He’s a modern and stylish man but has a love of tradition, too,” shares Huh. With input from the rest of the team at the firm, they landed on a warm cognac for the bedroom zone and a deep navy for the sofa nook. Williams took an ask-for-forgiveness-not-for-permission approach to his light renovations, so when he found out that his super and landlord had to pop into his apartment while he was at work to check on a few things, he was expecting a slap on the wrist. “I got an email from them, and they were like, ‘By the way, your apartment looks incredible,’” he says with a laugh.

Just like the bachelor who came before him, Williams put his own stamp on the apartment. Rather than try to strip away the layers of bad paint jobs in the hallway and then repaint, he decided to swathe every square inch in wallpaper. (Luckily, his installer was excited by the challenge of covering every molding and switch plate.) “In order to pull this off, we knew we would need a small-scale pattern,” says Williams of going with a floral print that, from a distance, looks solid orange.

When it came to decorating the living area, Williams briefly contemplated a love seat so he could make room for side tables, but ultimately went with a 96-inch-long sleeper sofa so he can stretch out when he’s watching TV and host friends from out of town. “Plus it would have just looked overcrowded,” he says. The nearby stool, a gift from his grandmother, serves as bonus seating when he’s entertaining.

Along with the extra-deep couch, which had to be taken apart and reassembled just to fit through the front door, the stone bust Williams sourced upstate is now an integral part of the space. “It took four guys to move it in,” he recalls. The antique find is one of many he’s added to his collection since moving to New York from his home state of Texas years ago. “I realized there’s this big old world out there,” he shares. “I don’t even buy new books. I love the idea that they’ve lived somewhere else first.”

Some pieces have come into his possession through smart trades. The dining table, for instance, used to belong to Huh. When the designer bought a larger house that required sizing up, Williams decided to give her the table from his old Upper East Side apartment and take hers. “The scale of each couldn’t have been more perfect for each of us,” says Huh. “It shows that we are a match made in heaven.”

The only thing that ever gave Williams pause about renting the tiny space was the fact that he’d have to sleep in a full-size bed (there’s only one place it would fit, after all). “I’m from Texas, and everyone has a king. I was like, can I do this?” he says, laughing. He grew accustomed to the setup fast, and made the most of the ledge surrounding the mattress by lining it with plants. “It’s like my little oxygen bar,” he says. And it’s a bonus room divider. 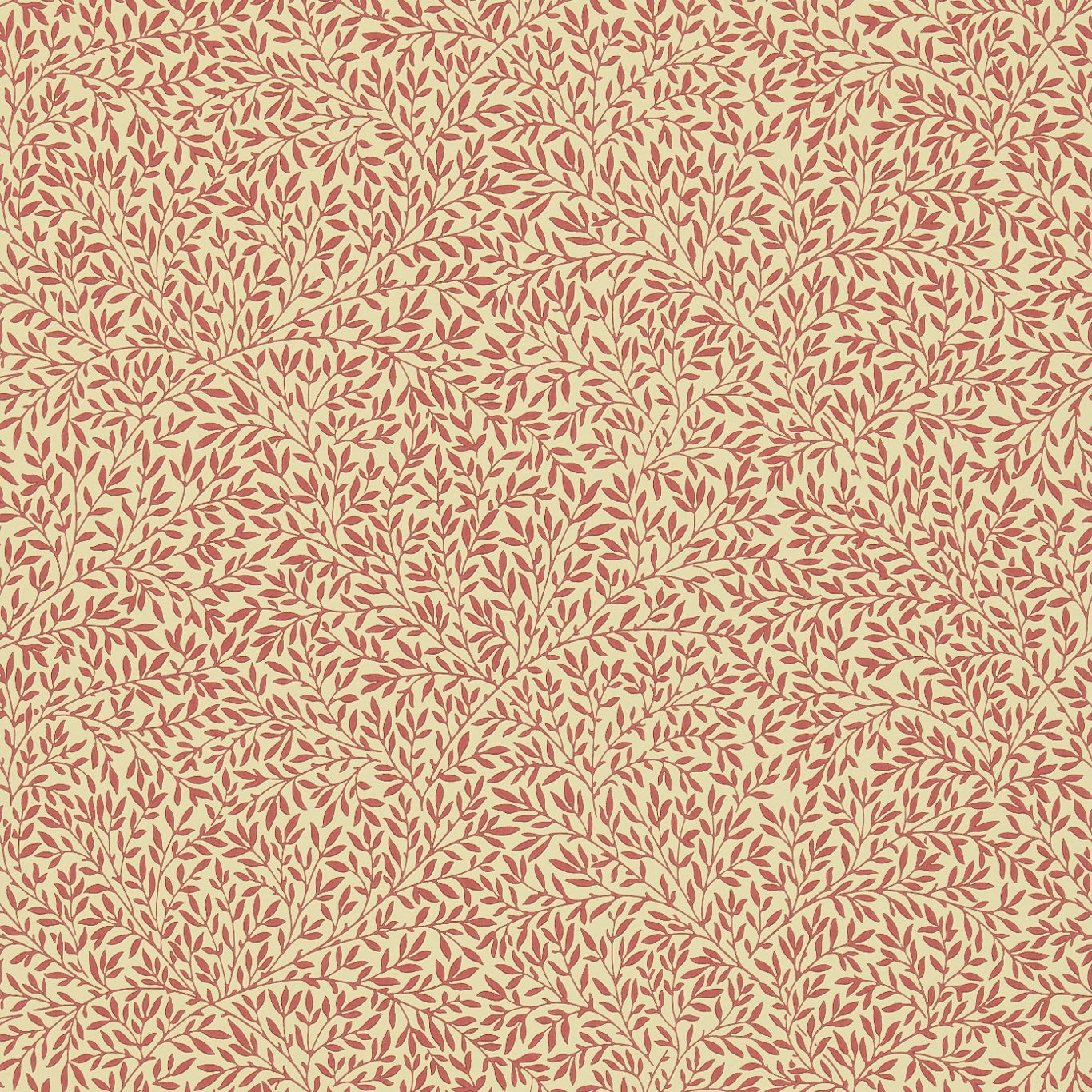 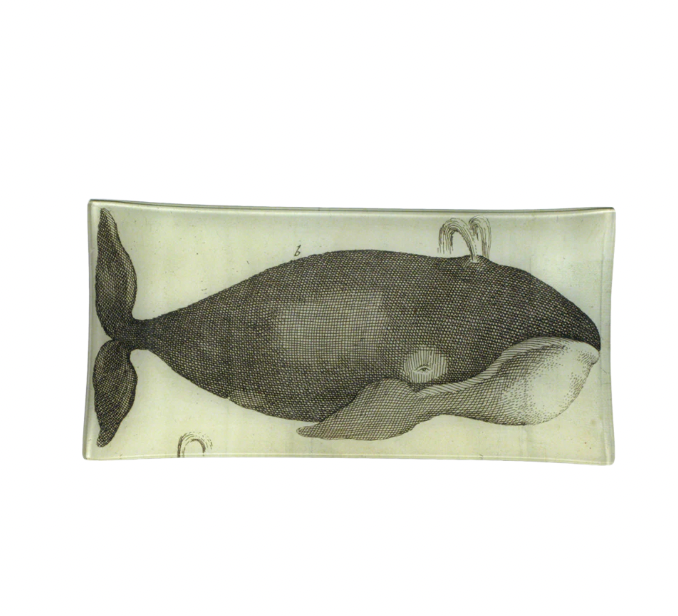