Don’t take them off the track just yet. 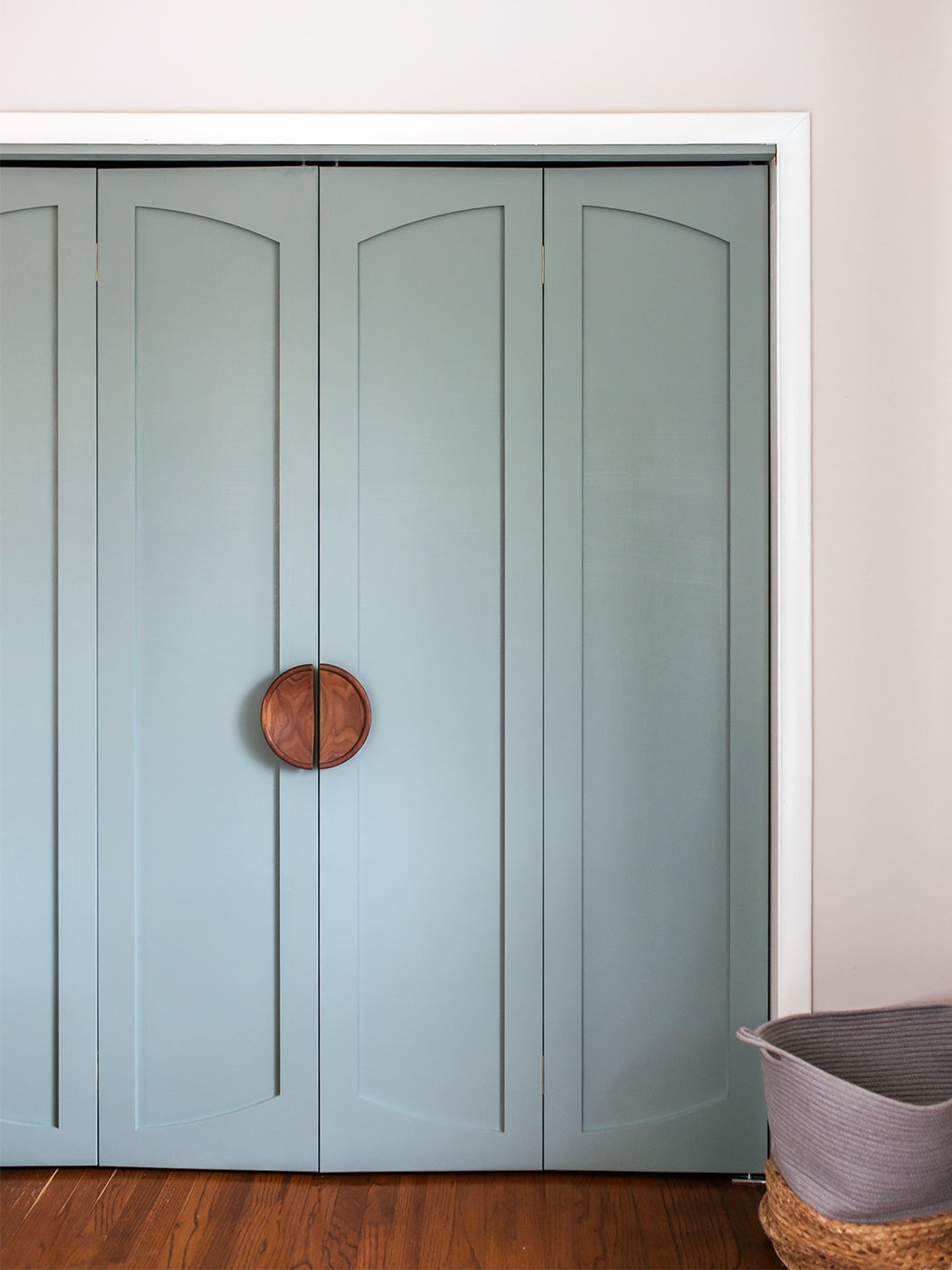 “Bifold doors get a bad rap,” says designer Naïka Andre. That’s probably because most of the ones we see lead to tiny reach-in closets and make an unpleasant squeaking sound when you slide them open. But there is much to love about the bifold door, which is defined for being broken up into sections that fold into one side of its frame, and Andre set out to prove it while redesigning the home of Athens, Georgia–based couple Nicole Taylor and Adrian Franks.

Andre’s wheels started turning after hiding the home’s furnace and HVAC in the basement TV room behind chic cane-paneled doors. Local fabricator Gus Darnell of Oneta Woodworks brought them to life in just two days. Then the designer and Darnell set out on the rest of the home’s closets, which were all bifolds. “They’re fairly easy to maneuver,” Andre says. The style, she realized, is ideal for small spaces because when you open them up to access what’s inside, the door itself doesn’t block your path. “When we think of closets, we think of a lot of right angles,” she continues. “I wanted to soften it up a little bit and introduce some curves, make it more interesting.” Ahead, peep the three bifold doors they replaced with fresh custom designs.

In the couple’s almost-3-year-old son Garvey’s bedroom, Andre and Darnell devised a plan to line the art-loving toddler’s doors with chalkboard panels. The easy-to-clean fronts mean Garvey can sketch and doodle all day long, but since he’s not using them as much as, say, a teacher in a classroom would, the dust from his creations is super-manageable.

The One That’s All About the Hardware

For the couple’s his-and-hers closet doors, Andre chose a calming backdrop: Clare Paint’s Grayish Blue. The neutral color allows the bespoke half-moon walnut wood hardware that Darnell created to shine. “The idea with these handles was to mimic the shape of the closet doors themselves,” Andre shares, pointing out the carved detailing at the top and bottom of each panel.

Andre’s update of choice for the guest room: tambour inserts. She swathed the fluted wood in the same paint color as the rest of the framing (Cape May Cobblestone by Benjamin Moore). “They always have a lot of friends and family come over, so they wanted to create this oasis for their guests,” she says. “It was intentional, just as intentional as the other spaces.” Just because something’s got a bad reputation doesn’t mean it’s a hard one to fix.