Burgundy Marble Counters Are In, But Designers Also Love These 4 Stones 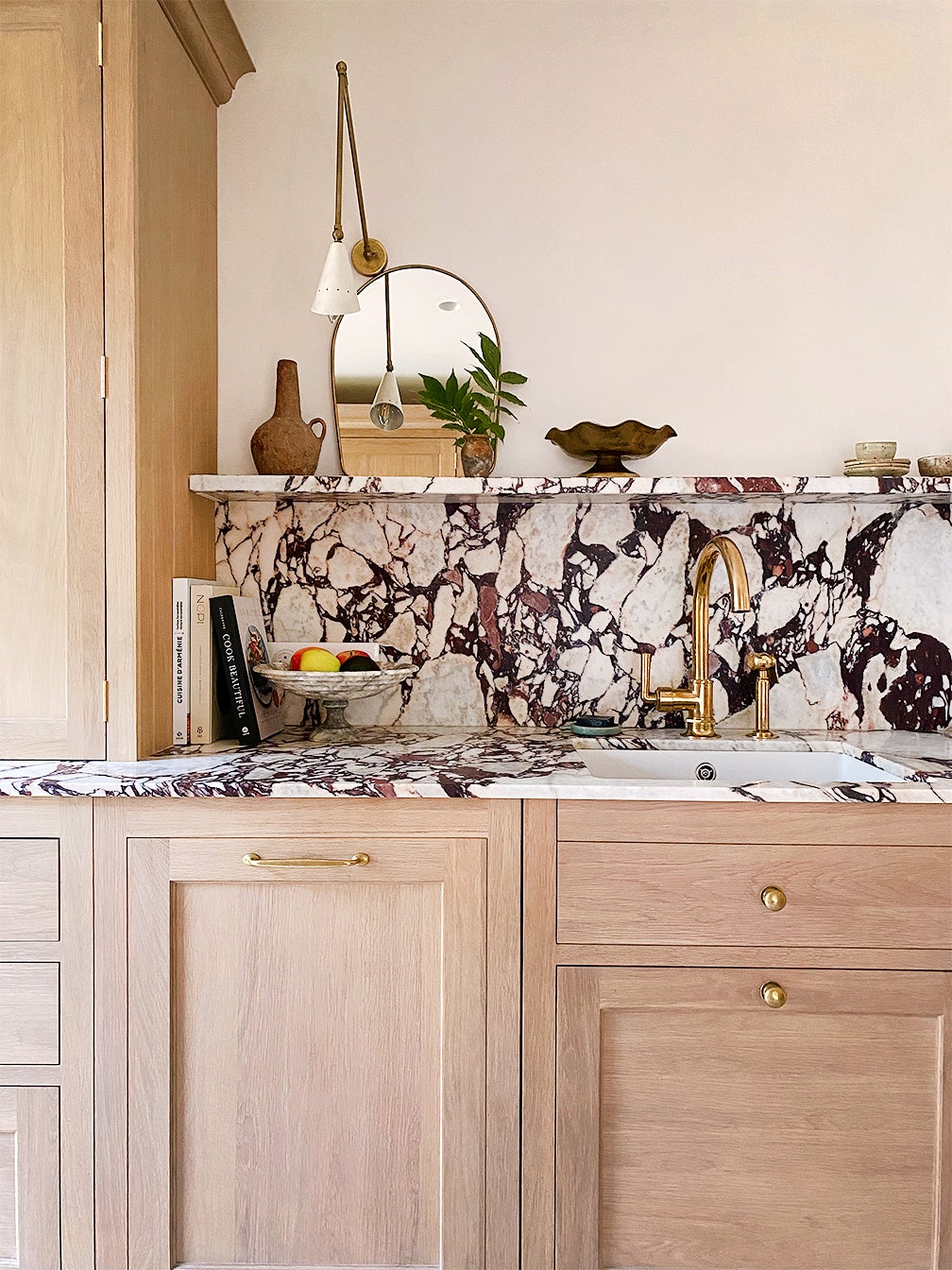 With its swirly, eggplant veining and creamy white background, Calacatta Viola might be the easiest type of marble to identify. But putting its beauty into words isn’t as simple. One homeowner called it “the most beautiful thing I had ever seen”; another revealed its sense of motion was like “a snapshot in time.” How else would we describe it? Everywhere. Countertops, sinks, open shelving, backsplashes: The stone has become a go-to for renovators—and celebrity designers like Nate Berkus and Amber Lewis—looking to splurge on a statement moment. Even Clé Tile decided to release penny round sheets of the marble, offering a fresh way to bring the look home.

But what if this burgundy-tinged material isn’t your style or within your budget? Fortunately, there is a whole world of other bold surfaces out there that the pros are loving. Ahead, five designers share the alternative options they’re using right now.

“I think an underrated stone that will continue to grow in popularity is soapstone,” shares Napa, California–based designer Grace Lee-Lim. She’s already one step ahead of the curve, having recently installed it in her client Jessica Mikesell’s Craftsman kitchen. “It patinas beautifully, adds an element of contrast, and is super-durable,” adds Lee-Lim.

With a relatively high abrasion resistance (meaning it’s less likely to scratch than marble and limestone), this option is one to watch, according to Natalie Myers of Veneer Designs. Though, she notes, it’s not for everybody. “It won’t be ubiquitous, but it will be eye-catching in certain organic modern interiors,” she says. Picture it alongside limewash walls and ebonized oakwood cabinets.

Quarried in Iran, Rosso Imperiale is traditionally found on floors, fountains, and exterior walls, but for a suite at Palm Heights in Grand Cayman, designer Sarita Posada used it on the bar for a touch of richness. “I love this stone because the tone is reminiscent of the warmth of terracotta, and the movement in it is subtle but beautiful,” she says.

London designer Tola Ojuolape prefers slightly lighter shades of pink, such as Rosa Antic marble, particularly for the interior of a shower or a powder room, like the one Flack Studio created for artist Troye Sivan, where the oxblood-painted walls are complemented by a vanity from Boffi.

Utah-based designer Susannah Holmberg is craving even darker hues, like Rossa Francia—a material she used in one of her latest projects (pictured above). The brick-red marble tops a long oval island, which the designer chose to help soften the room’s awkward angles elsewhere. In other words, it’s a welcome distraction.