The Affordable Way to Get a Statement, Wood-Paneled Range Hood

The marble backsplash in this kitchen is also not as it appears. 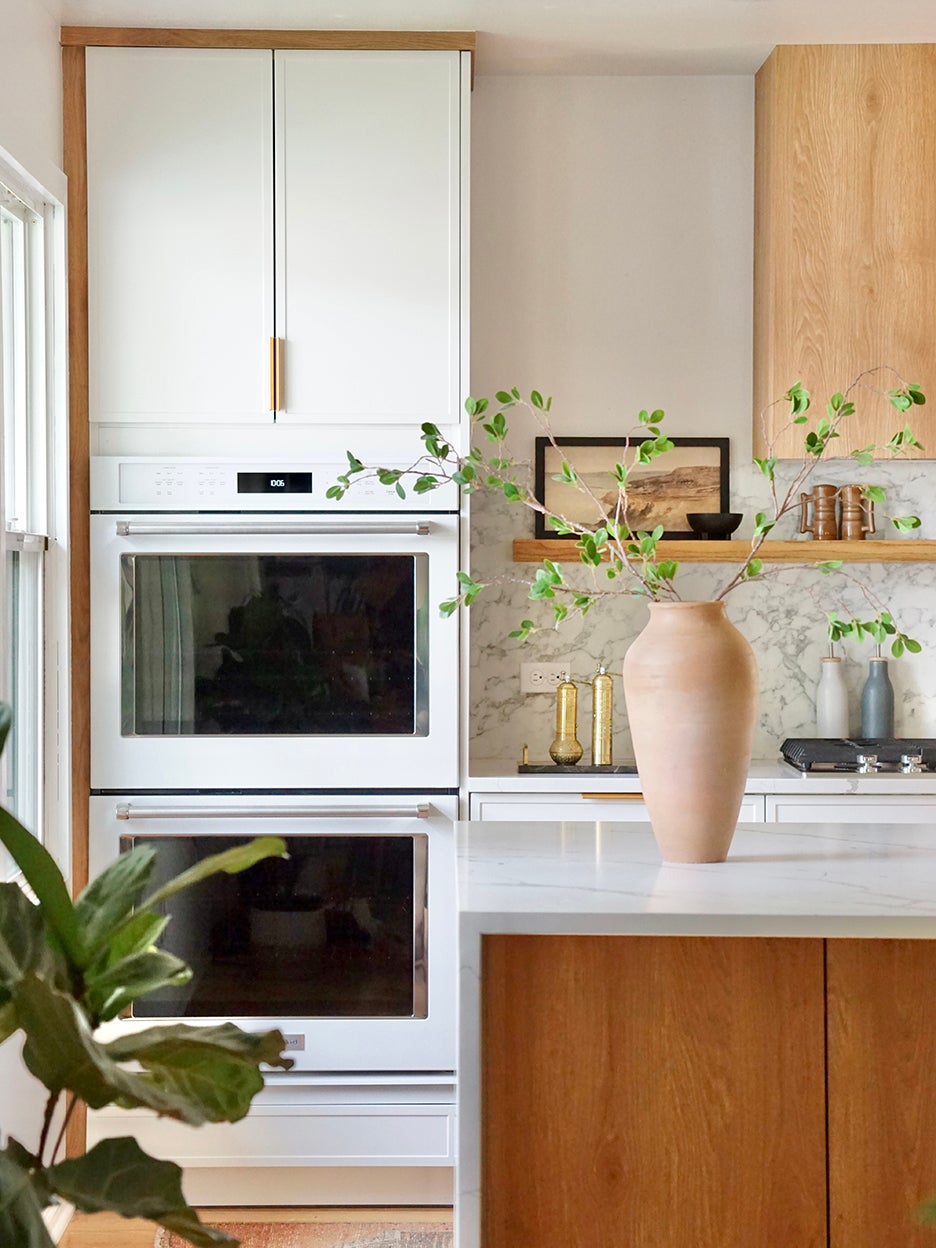 Katie Woodman’s initial plan was to paint her dated circa-1970 Fort Collins, Colorado, kitchen white—and she did. But the mini refresh, which was intended to hold her and her family over until they felt like they could splurge on a full-on renovation, only lasted six days. “Less than a week later, we were like, you know what, let’s do this,” she says with a laugh. Even her older kids (ages 8 and 6) helped her and her husband, Joseph, rip out some of the drywall that separated the cooking zone from the adjacent dining space. “The countertops and backsplash were this green-brown granite tile—it was just awful,” she adds.

The interior decorator wanted the look of a custom space without the cost, so she turned to Semihandmade, a company that makes chic door front options for IKEA’s simple but functional cupboard frames. But she didn’t stop at using the White Supermatte Quarterline fronts for her drawers and cabinets: Woodman utilized the company’s panels (larger pieces that go on the side of an appliance or at the ends of a built-in) to create a statement range hood. Basically, it’s a hack on top of another hack.

She knew that introducing a touch of wood would help balance out all the crisp white cupboards. The catch was, the material had to be able to withstand steam, heat, and grease. The Tahoe Impression fronts made sense: They are particleboard at the core with a textured melamine surface, so they can withstand the wear that comes with the cooktop territory. Woodman and her husband ordered three face panels in semi-custom sizes and, with the help of her woodworking-savvy father-in-law, mitered the edges together to create the outer shell that would go around the vent hood insert. The whole box structure is mounted to the wall and ceiling studs. 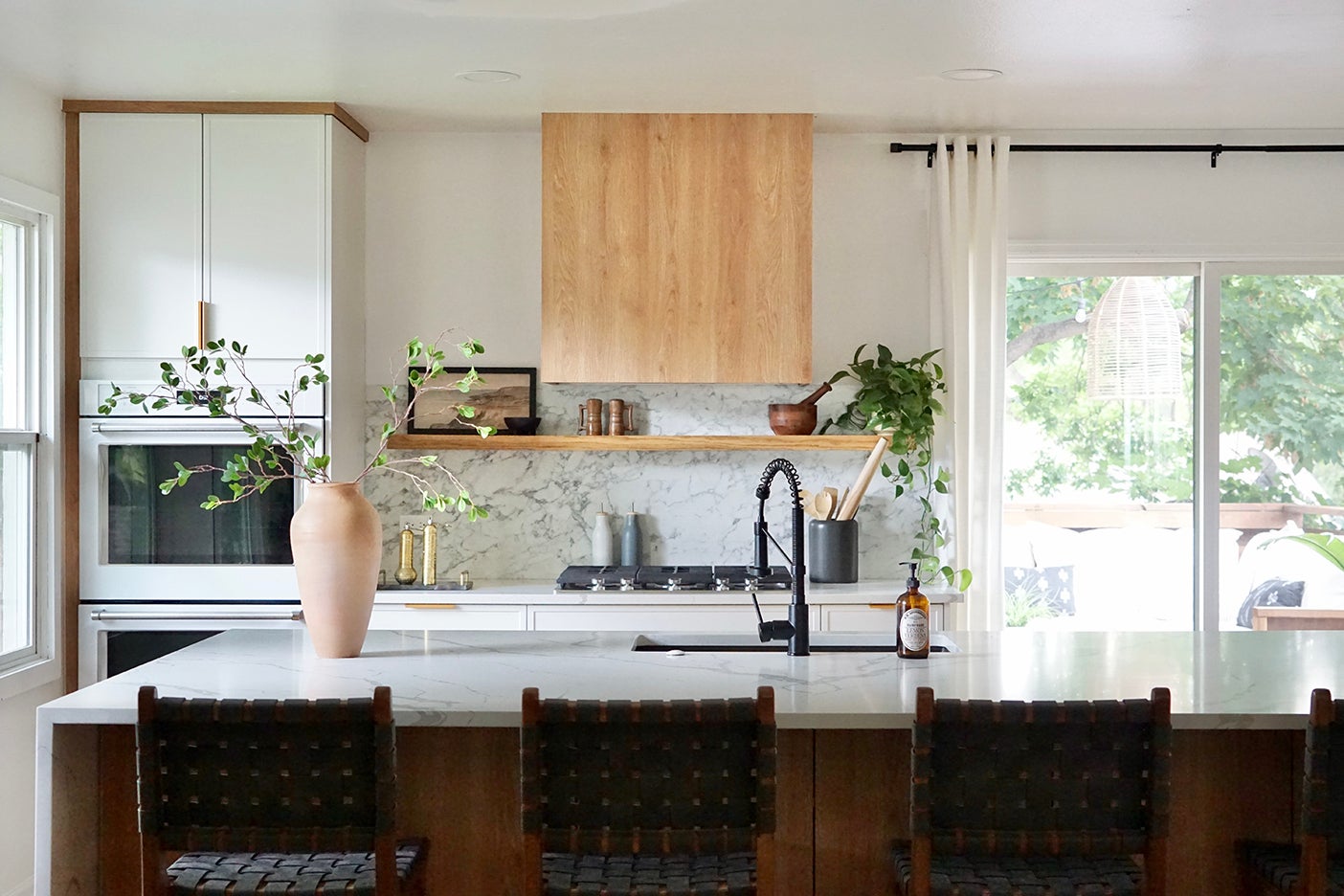 Another hack on top of a hack? The designer ordered toe kicks from Semihandmade in a matching wood finish, but not for the bottom sections of the cabinets—she used them along the vertical sides and ceiling. Essentially she turned them into trim by cutting them into 2-inch-wide strips. 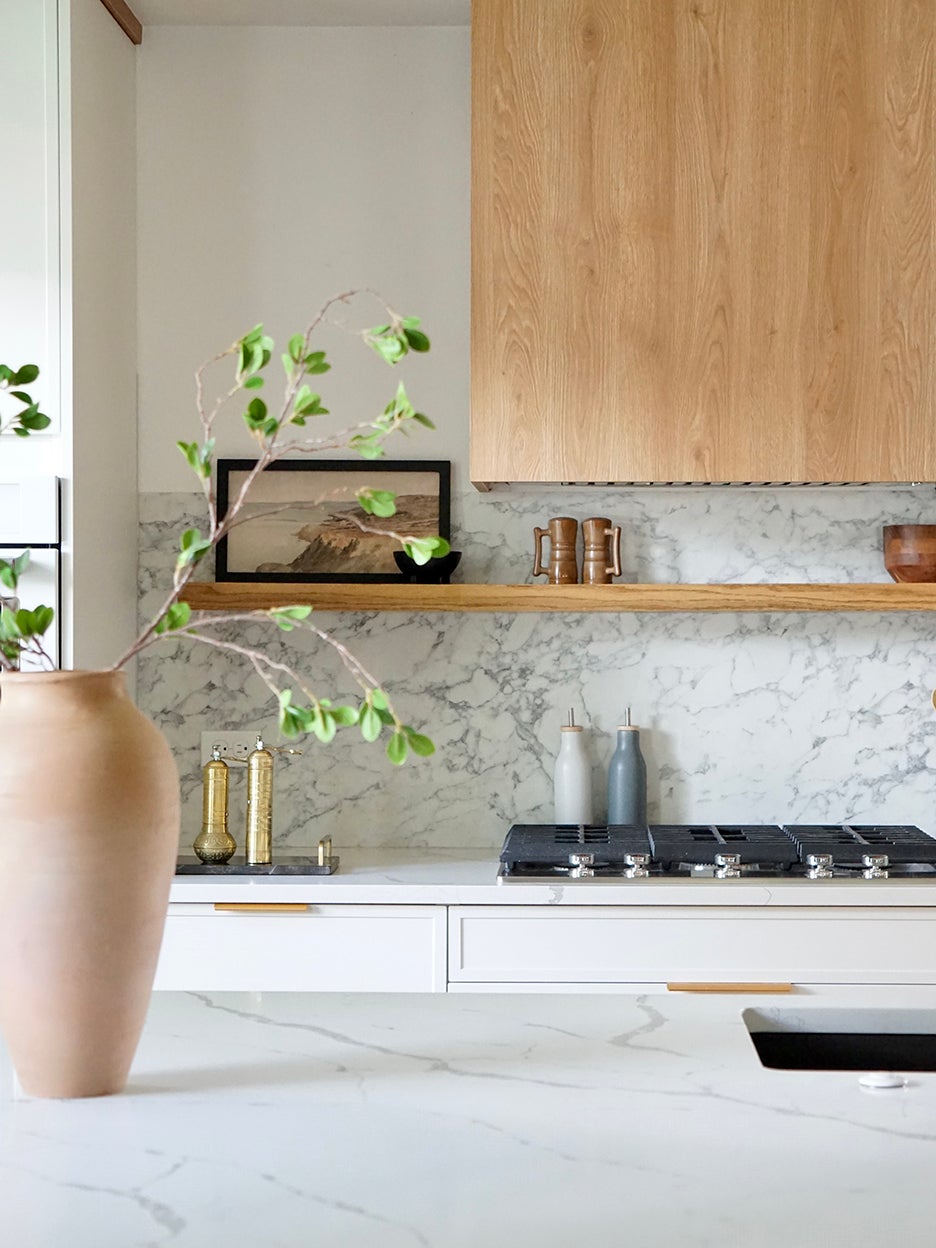 Below the 6-inch-deep oakwood ledge underneath the vent hood (a convenient spot for storing olive oil, salt, and pepper), Woodman swathed the drywall in a faux marble backsplash. What looks like real stone is actually a laminate sheeting by Wilsonart (it’s the company’s Marmo Bianco finish). The stuff can be purchased at Home Depot, and it cost the couple less than $100 to do their entire kitchen in it. “The way I do a lot of my designs is coming up with unique combinations of really accessible finishes,” says Woodman. In other words, she thinks outside the box.