You can spice up a ceiling with more than wallpaper. 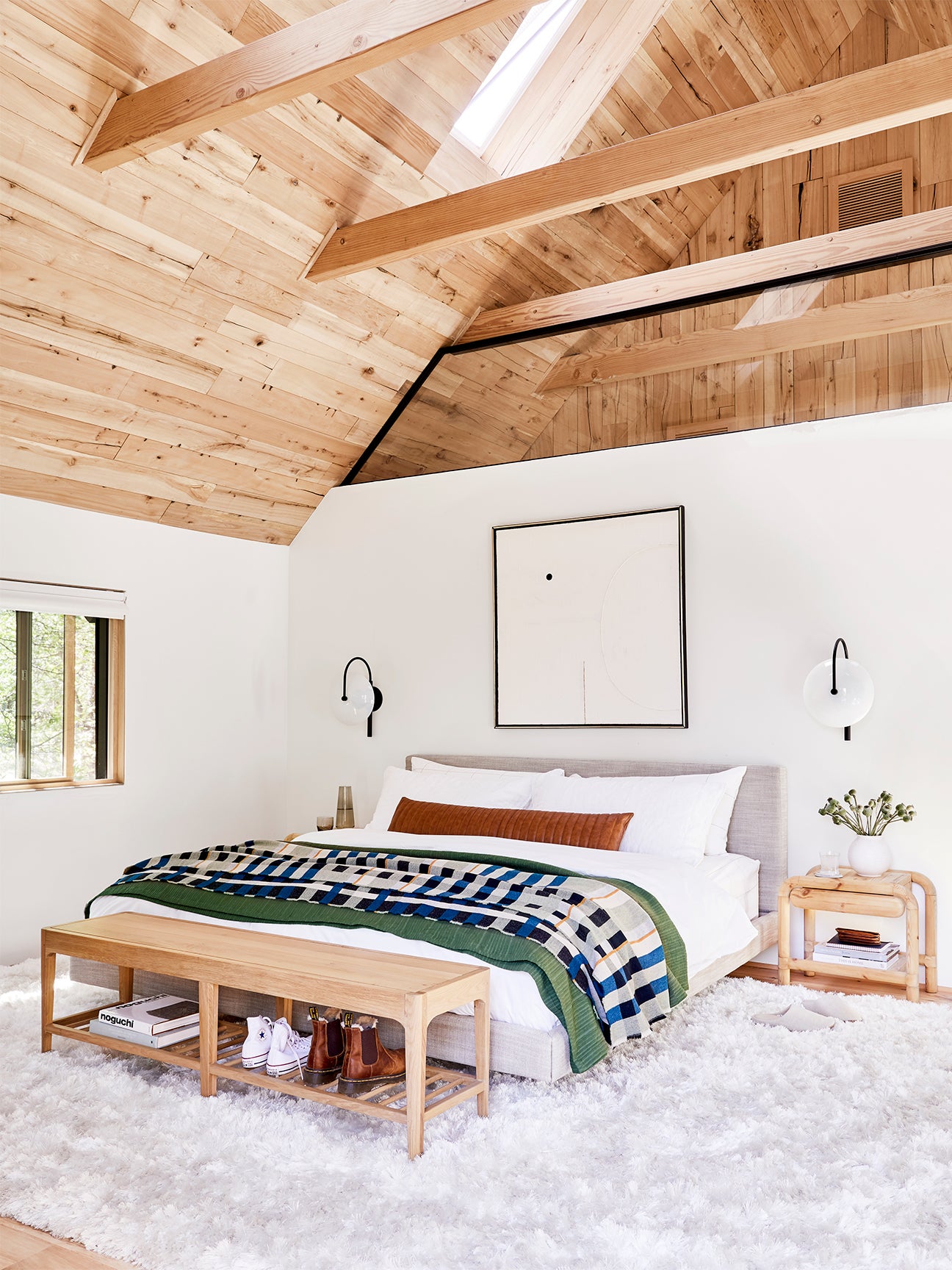 Unless there’s something wrong with it (i.e., there’s a gaping hole in the center), you probably don’t pay much attention to your ceiling. But it’s a whole extra surface you can play with—and not just with a fun paint technique or bold wallpaper.

We’re seeing wood-paneled ceilings more and more, and while they’re mostly associated with a stuffy old cabin den, this new generation is anything but that. Take Dee Murphy’s kitchen, where she used precut lumber to add some depth to the all-white space. “I originally wanted wood beams to give it that old-world look, but the size of my kitchen and the height of my cabinets would not allow for them,” explains the designer. “Cladding the entire ceiling was another way to use wood and get that warmth that I was looking for.”

If you follow in her footsteps, Murphy has some tips to bookmark:

Here are a few spaces that have mastered the look, from contemporary to rustic to everything in between. Grab your measuring tape.

The room in question. Murphy went for a European-inspired look, complete with zellige tiles and gilded fixtures. The overhead hardwood adds an unexpected (and totally welcome) rustic touch.

You’d never guess that this bedroom’s sky-high wood ceiling was previously entirely flat. Emily Henderson vaulted and paneled it for some Scandinavian charm, and she pulled it off. The look not only makes the space feel twice the size, but the lighter color also reflects the light, making it brighter, too.

Elizabeth Roberts made the most of this Williamsburg, Brooklyn home’s enviable ceilings and exposed beams by coating everything else in a stark white. The contrast really shows off the architectural details, and the other natural accents, like butcher-block counters and open shelving, feel like intentional statements.

In sharp contrast to Murphy’s small galley kitchen is this Nordic-inspired A-frame, designed by Shannon Wilkins. Here, her task was to unify the cooking, dining, and living areas, which she did with the help of a neutral color palette and—you guessed it—gorgeous wood planks that drive the cabin vibe home.

Going a bit more traditional with a darker stain can work as long as you do as Amber Lewis did in this Spanish-style home. Thanks to the steady stream of natural light, the space definitely doesn’t look cramped or old school. Instead, the ceiling complements the arches and beams, as well as the moodier color palette of the furniture.

See more ways to bring character to a room: If You Want Your Home to Look Like a Charming Tuscan Villa, Try This Now More Than I Ever, I Need (Not Want) Plaster Walls  Layering Your Home Accessories Is a Thing—Here’s How to Do It Well