how to design a fake white house 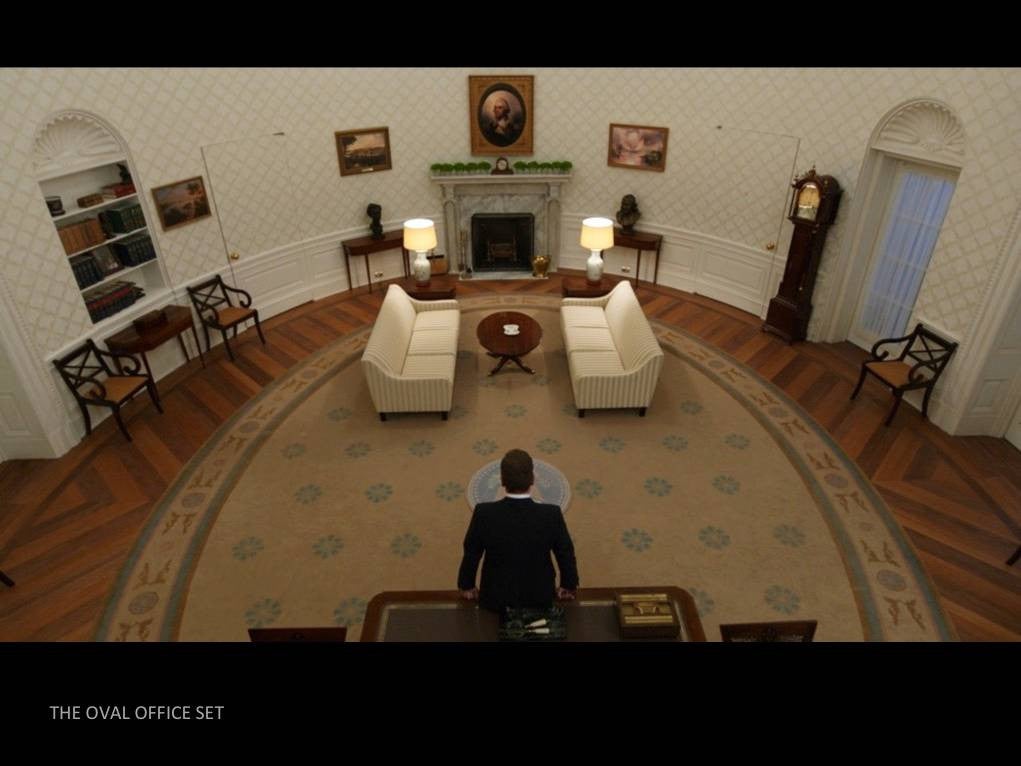 Television set design is always fascinating. It’s one thing to concept and style your home, but set designers get to have that much fun all the time! There’s one design situation that really stands out to us as a challenge though: designing a space that already exists. We spoke to three-time Emmy nominee Cabot McMullen, who designed sets for Designated Survivor starring Kiefer Sutherland, to find out how you go about designing at set that represents one of the most famous buildings in the world.

What excited you most about this project?

I was then very excited and honored to be the one chosen to create the complex version of Washington D.C. in DESIGNATED SURVIVOR. The script had the best ingredients of a classic Greek drama, knitting together the benchmarks of all great civilizations – national politics, geo-political strategy, espionage, iconic architecture, the press, the military and how the best leaders sacrifice themselves creating order from chaos as others maneuver and take advantage to attain power in the highest of places. This is indeed a show for our times, for today and right now.

Designing a real historical place vs. a made up fictional set means there are boundaries and rules to respect that otherwise are not a factor in a fictional set. Any significant departures from reality must be motivated by the characters’ needs and actions and must drive the story forward, as well.

The designs and choices made should tell you something about the characters and their world that the script can’t tell you with words. Before designing for theater and film, my background was in architecture, so I have a working knowledge of how real world structures are built and operate. Ironically, I now prefer to design settings for fictional characters rather than real clients.

Now, shows like House of Cards, Scandal, Madam Secretary, and Veep plus a 24/7 cable news cycle constantly feed us images from the political world. So the immediate challenge becomes finding a signature way to create a fictional story within highly recognizable settings that has enough historical accuracy that the audience doesn’t get distracted by the differences.

Everyone in the world now knows what the Oval Office and other iconic places in Washington D.C. look and feel like, so any departure from reality has to feel honest and true to character. In addition, we referenced fictional versions of politics for inspiration as well. Movies like The Candidate, Dr. Strangelove, and United 93, which was so effective in creating a day in the life of Washington on 9/11.

If you look closely at the pilot episode, you may notice we snuck in two visual homages to Stanley Kubrick: one in the first scene and one in the last scene. In the opening scene, which was set in a cold war era FBI safe room, the wall pattern was a custom run of wallpaper we fabricated inspired by a David Hicks design that references the iconic carpet in Kubrick’s The Shining. Later on, our PEOC set (Presidential Emergency Operations Center) honors Ken Adam’s brilliant War Room set in Kubrick’s Dr. Strangelove. So we book ended the show with those two chestnuts.

What is the first step in bringing a room like the Oval Office to life?

The most important first step in the process of designing a show like Designated Survivor is to do intense and thorough research, to know absolutely everything you can about the history and details of your subject and settings in the story.

I studied the architectural details and décor of the White House from many periods and past administrations: FDR’s West Wing offices, as well as JFK’s, LBJ’s, Nixon’s, Reagan’s and President Obama’s. We used ideas from FDR’s window treatments, Nixon’s flag regimen, and Reagan’s floor surfaces and color palate, as well as Obama’s wall finishes as designed by Michael Smith. In addition, we did several in depth location scouts with Director Paul McGuigan all over Washington D.C., including a private guided tour of the West Wing and the Oval Office of the White House.

Thanks to our consultant and writing producer Rich Klein (Partner at McClarty Associates in D.C.), we were able to sit down and chat with DC Metro Police, Secret Service and FBI agents who validated our concepts and provided realistic backstory details to give our work the authenticity it needed to be believable. For example – one detail that all D.C. law enforcement remembered from the night of 9/11 was the sky turning red from the glow of street flares at every intersection. This was one of the iconic details we used in our street exteriors for the motorcade scenes.

What is your favorite memory of this project as a whole?

There are many great moments, but one that stands out was our night tour of the White House after everyone there had gone home. By chance, we met first family members Sunny and Bo Obama out on the lawn of the Rose Garden when they were out for a stroll.  Also, the night we shot the U.S. Capitol terrorist attack set was amazing for me because I got to put my experience from 9/11 in NYC to work in creating that set. Seeing it all come together was a very moving and personal moment of achievement for me.