so chic it's scary. 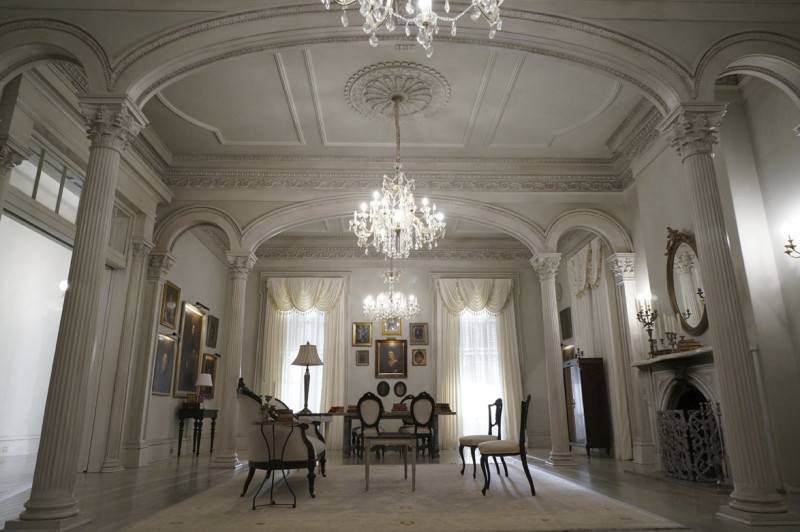 We love finding interior design inspiration in unexpected places. Scary movies and TV shows? Why not? When the creepiness reaches its crescendo, these to-die-for interiors guarantee you won’t look away.

Blood red tones overlay the entire film, and the set itself is as otherworldly as its story.

A dilapidated Detroit home, a luscious Tangier flat, and a killer soundtrack make stunning backdrop for this timeless love story between two vampires.

Their possessions are the result of centuries of collection – heirlooms treated with abandon – that make for a darker and far more compelling take on shabby chic.

The New Orleans mansion where the coven resides is a very specific kind of cool: witchy minimalism. Their mansion is centuries old, as are its furnishings, but a minimal palette keeps things fresh.

…plus, as set decorator Ellen Brill said, “You can really see blood on white!”

All the camp of a B-horror movie and Clueless combine in this sorority-centric horror comedy television series. Chanel’s closet is pure fantasy.

Plus, the bubblegum fashion that belies the show’s underlying gore totally holds it own.

And the first season’s Halloween maze in homage to the Shining is (minus the storyline of course) our dream party setting.

Crimson Peak is gothic horror at its height. Guillermo del Toro sets the tone of each act through painstaking and inventive set design. Every frame is a sumptuous scream. The safety of the heroine’s American hometown is outlined in shining marble and gleaming brass. The movie’s eponymous manor is another matter entirely, a twisting complex of darkened hallways and thorny finials.

It’s a classic for a reason. A haunted house tale on a massive scale, literally. Kubrick’s all-encompassing vision mashes together a smattering of styles (read: something for everyone).

These aesthetic shifts heighten our sense of unease by making the Overlook Hotel seem endless – eerie and inescapable.

And only Kubrick could sear burnt orange carpet into our cultural consciousness.