What to eat, drink, and explore in Germany’s design capital. 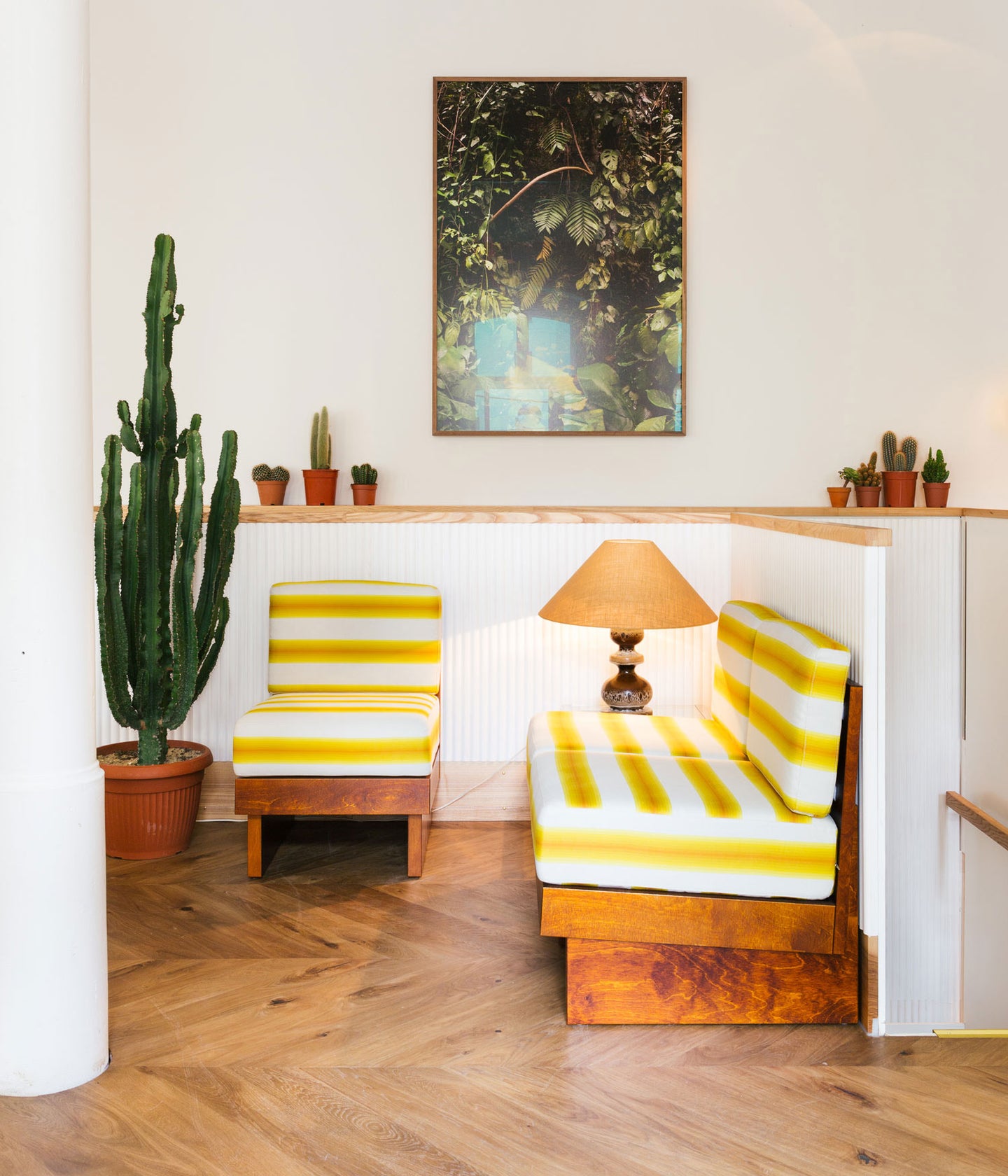 When you only have days (or hours) to explore a new city, Domino’s Field Guide is a need-to-know edit of the coolest bars, hotels, restaurants, galleries, and boutiques in the top design cities.

There are some cities you can arrive at without plans and trust that you’ll stumble upon a buzzy cafe, up-and-coming restaurant, or cool local boutique. Berlin isn’t one of those cities. There’s certainly no shortage of things to do—the German capital is the epicenter of cutting edge design and experimental cuisine—but much like its notoriously exclusive Berghain nightclub, the best attractions are strictly in-the-know.

At face value, Berlin is a design buff’s dream destination. After World War II decimated many of the traditional buildings, architects and designers set about reimaging the city, creating a modern pastiche, where Brutalist structures stand side-by-side with medieval churches. Delve deeper and you’ll discover the creative undercurrent: decaying theatres transformed into bars, once-abandoned warehouses reclaimed, and luxe hotels that revive the city’s Golden Era of Art Deco design. Yes, there’s much more to the ever-evolving city than meets the eye—you just need to know where to look.

Originally built as a tribute to Art Deco architecture, the Ritz-Carlton Berlin has undergone a 40 million Euro renovation that celebrates the city’s film and cabaret heyday. The interior design blends old-school glamor with a modern edge: the lobby resembles an early 20th-century salon with fan-like panels that mimick a performer’s changeroom, the grand entrance features a marble and ironwork staircase that hints at the city’s glamorous heritage, and Art Deco-inspired tree motifs adorn the ceiling.

“The 1920’s in Berlin [saw] a massive creative boom which resulted in a significant artistic surge,” says Robert Balogh-Csapar of The G.A. Group, the firm behind the extensive redesign. “We wanted to create a design which is contemporary but has clear references to the golden years whilst also uniting the interiors with the façade of the building.” You don’t have to be a guest to experience the hotel’s 1920’s glamor; head to the hidden Cigar Room near the entrance to POTS restaurant to discover wall-to-wall cigars and curved chrome bar carts stocked with mezcal. It’s the ideal spot to catch up with friends or end a night out.

Owners Christian and Karen Boros purchased this former wartime bunker in 2003 and turned it into their home. It’s not just any home, though: the duo owns some of Berlin’s best contemporary artworks (glimpse masterpieces by Ai Wei Wei, Wolfgang Tillmans, and more) and has graciously opened the 32,000-square-foot space to the public. Dedicate at least two hours to wandering the space.

It’s almost impossible to leave this eclectic German department store without at least one new item. It stocks almost every type of home goods imaginable with an elevated twist, from wood gardening tools to porcelain storage containers to leather-trimmed luggage. Every item is sourced with sustainability in mind and is designed to last years, not seasons.

This just-renovated spaceship-like gallery and archive reopened in 2019 to celebrate the 100 year anniversary of the Bauhaus. Envisioned by Walter Gropius, the group’s founder, the museum houses architectural models, furniture, and photographs by the leaders of the design movement.

Where to Eat and Drink

Panama specializes in contemporary German cuisine and is located in the up-and-coming, gallery-lined Potsdamer Strasse. A few of the standouts on the menu include confit char, rhubarb, and Thai basil, king oyster mushroom tacos, and blueberry, white chocolate cookie dough.

Your signature perfume and go-to cocktail order have more in common than you might expect. At least, that’s the premise of Fragrances, a bar in the Ritz Carlton Berlin that asks guests to identify their drink of choice based on a ‘menu’ of famous scents, including Guerlain’s Shalimar and Jo Malone’s Pomegranate Noir. “It’s better if you disregard spirits when you ask people about their preferred cocktail,” says head mixologist Arnd Heissen. “For example, people think they only like gin cocktails but when you ask them to choose based on their favorite fragrance it’s rarely the case.” Not a fan of the fragrances on the menu? Heissen asks a series of scent- and personality-related questions to create bespoke cocktails to suit each guest.

This picturesque Biergarten is ideally located in Tiergarten Park—Berlin’s answer to New York City’s Central Park. Be sure to visit in summer for a flight of local German beer, fresh pretzels, and live music.

Geist im Glas Best-known for its inventive cocktails and house-infused liquors, this intimate, candlelit bar is the ideal place to start or end a night in Berlin.

Berliners are well-known for their effortless, understated sense of style. Dress for comfort in a t-shirt and sandals in summer, or jeans and low-heel boots in the cooler months. Keep Euros and your camera in a belt bag and pack a notebook (or a few) to jot down your favorite bars and boutiques as you travel.