This Photographer Is Showing the Real Side of Motherhood at Home

Blurry moments can be beautiful, too. 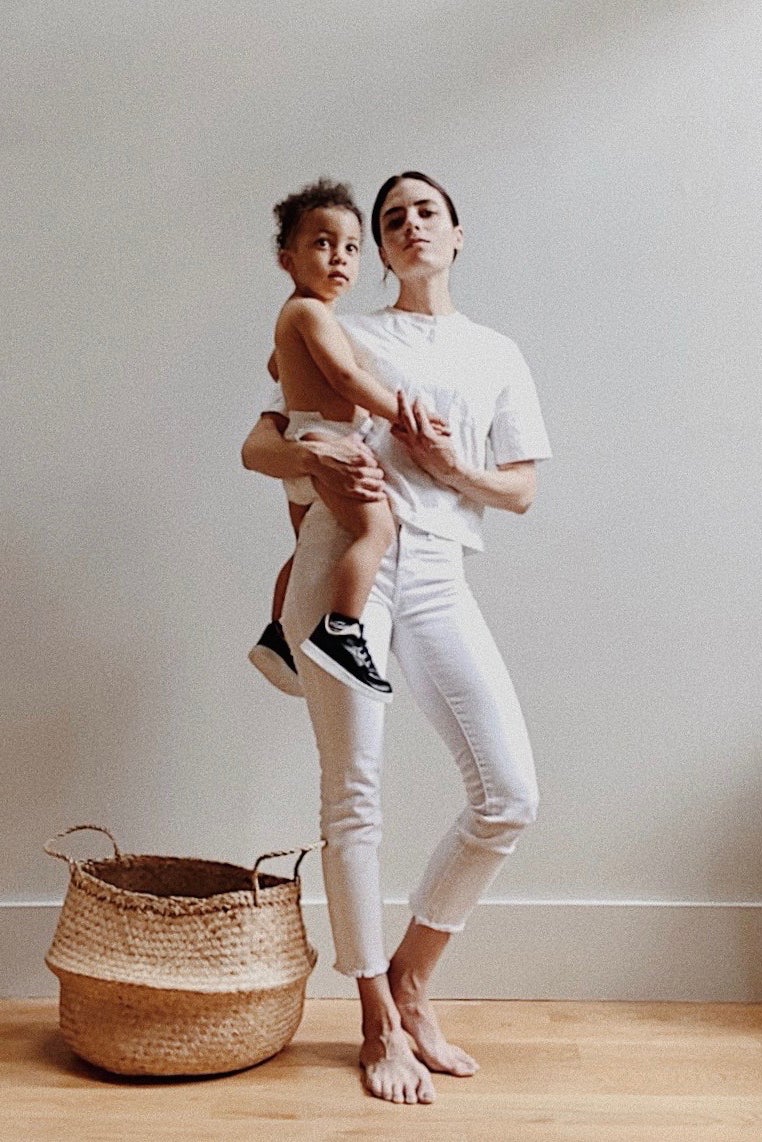 Photography by Meg Stacker King for We The Mamas

In mid-March, when staying at home quickly became the new norm, freelance producer and photographer Meg Stacker King did what she knew best: She started documenting the experience. Usually on the road for work, her 20-month-old son, Tau, always by her side, Stacker King spent that first month in quarantine “just desperately trying to maintain some semblance of sanity,” she says. “All my work evaporated and I was feeling uninspired, overwhelmed, and alone.” Her lightbulb moment came soon after in the form of “We the Mamas,” an intimate photo series on motherhood shot over FaceTime that allows moms to share their stories, stay connected, cheer one another on, and shed some light on both the challenges and joyful moments of life during COVID-19—much of which nonparents can also easily relate to. “The role that we, as a collective community, play in supporting each other is so important,” says Stacker King, who has since photographed more than 30 moms and kids sheltering at home, with Tau acting as “mini assistant.” We caught up with her to learn more about the project.

When you first started reaching out, were moms happy to have you “in” their homes or reluctant to show their personal spaces in a less-than-perfect state? The response was really good. People were excited just to get some regular clothes on. Moms so often apologize for the kids being crazy or running around. But I told them I want to show real life and celebrate the craziness. All these expectations are so unrealistic, and everybody is going through emotions that can be hard to articulate. We hear from someone else, though, and think: “Thank you. That’s so good to hear.” Sharing the words is important.

Each mom writes a caption and a word that encapsulates what they’re feeling right now. What’s that process like? The writing comes at the end of the shoot and is formatted like a letter. Addressing it to the world, to their kids, or to whomever else is moving them allows the words to flow and to describe their experience. I always tell participants, “Whatever you would like to share is up to you. If there’s swearing—keep it in!” That rawness and authenticity is real.

How has shooting on FaceTime changed the dynamic and the images themselves? You can’t control FaceTime like you can a camera. There’s an incredible element to being in person, but now I feel like I’m really in their space, which brings another level of authenticity. I’m not changing the energy as much. I can’t physically move people; I can only talk. It’s harder to direct, so more of their natural movements come out and whatever happens happens. It’s a collaboration between the family and me: What chairs do you have? Let’s check the light. Where do I sit you? Can you move your couch? (I can’t tell you how many couches we’ve moved.) Especially in New York, we don’t live here to be in our homes! So there’s rearranging and mood setting. The kids drive the vibe. They run around and get really excited. Of course, when we want them to do something (like sit), they won’t. My friend in Baltimore whom I shot has four kids, and her youngest son is always on the move. There’s an image with him blurred in the foreground, and to me that says it all. It shows how busy life is as a mom.

Will the current protests for racial justice and equality change the kinds of stories you’re sharing? How do you see the project evolving? “We the Mamas” started as an outlet for people to explain what was going on in the world, so it makes sense that it reflects what’s going on now. Moms are such a powerful part of the Black Lives Matter movement. George Floyd called out for his mama. Women are fighting for justice after their children are gone. For me, the project has become a way to give gratitude to the people who have impacted my own motherhood journey. By seeing each other, we hold each other up.

To collaborate and/or support the project, please reach out to meg@megstacker.com.