Sometimes we pay attention to nothing but the decor. 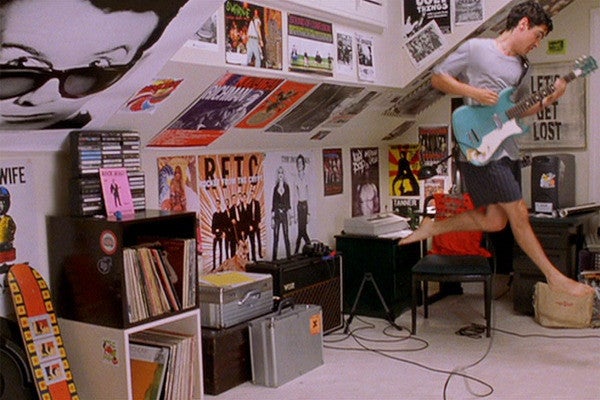 We love movie characters for so many different reasons: their personalities, their plots, their style. Yep, that includes their decorating style.

cliff from ‘bring it on’

After getting a glimpse of his impressive old-school electric guitar and 80’s punk-rock posters, it was love at first sight with hip older brother Cliff from the 2000 cheerleading classic.

With her digitally organized closet—complete a with motorized rack and an outfit database—Cher’s bedroom in 1995’s ‘Clueless’ set a whole new standard for our teenage interior dreams.

With a room full of animal print furnishings and an extensive vinyl collection to boot, Enid from ‘Ghost World’ was truly the poster child for cool girls everywhere in the early 2000s.

ferris from ‘ferris bueller’s day off’

We didn’t blame Ferris for wanting to play hooky all day in 80’s fave ‘Ferris Bueller’s Day Off’; especially if it meant feigning sickness in an eclectic room filled with cultivated references to the British new wave music scene—which was modeled after director John Hughes childhood room!

kat from ’10 things i hate about you’

No one represented the young feminist voice of Gen Y quite like Kat in this 90’s hit. Not surprisingly, the outspoken Sarah Lawrence College hopeful had a bedroom filled with inspirational alt-rock female musicians—such as Bikini Kill, Jane Jensen, and The Raincoats—to compliment her powerful personality.

mia in ‘the princess diaries’

Mia’s bedroom in the beloved 2001 family comedy ‘The Princess Diaries’ perfectly was the perfect backdrop for her character’s whimsy: sky-blue ceilings, sparkly string lights, and plenty of offbeat artwork to match her playfulness.

andie from ‘pretty in pink’