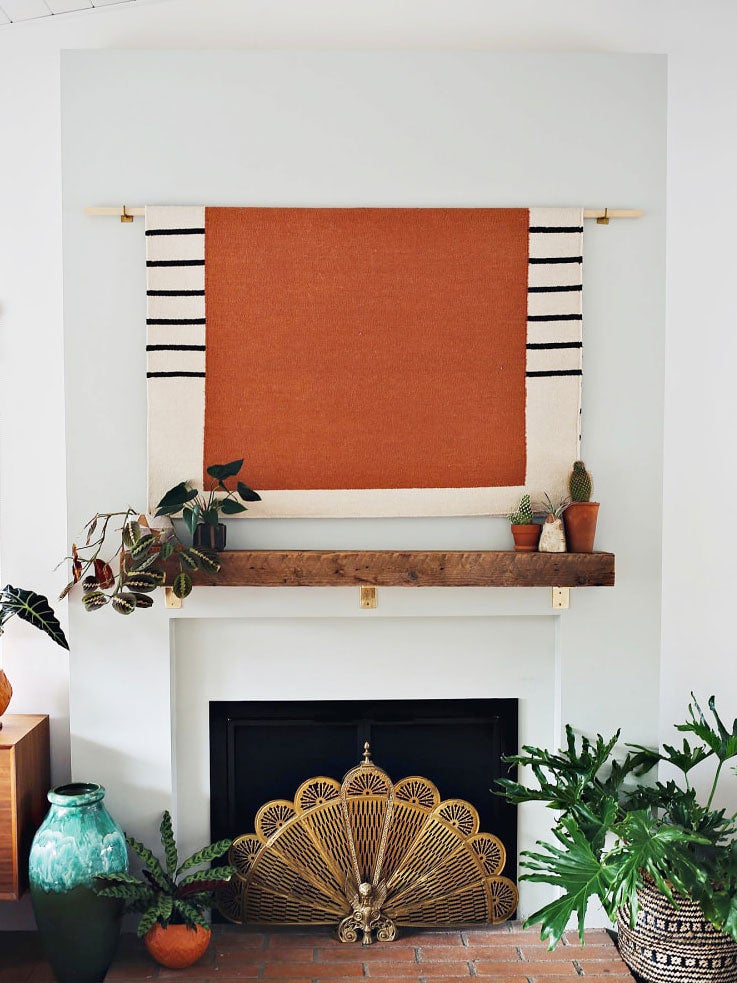 Over the past six months, nearly half of all Americans have reimagined their living rooms as home theaters, according to a survey conducted by Suzy in early August. Meaning, our TVs are about to play an even bigger role in our day-to-day lives. The issue then becomes, where should it go? Many designers will argue that displaying the unsightly black box over a fireplace mantel is taboo (it prioritizes Netflix-bingeing over gathering around the hearth and having conversations with family). But Nate Berkus and Jeremiah Brent don’t consider the controversial placement all that offensive—if you’re clever about it.

In a recent IGTV promoting their latest furniture collection with Living Spaces, the design duo played a game of Yay or Nay, where they shared their approval and disapproval of various trends. (Psst: Neither is a fan of waterfall countertops.) When it came to mounting the television over the mantel, Berkus called it a “necessary evil,” while Brent agreed, suggesting that the bigger no-no is actually rearranging the furniture in your space around the television.

The key to pulling off a TV over the fireplace if finding a way to conceal it when it’s off. Berkus and Brent admit they’re still on the hunt for the right solution, so we gathered a few ideas of our own for turning this eyesore into eye candy.

The living room in this 1970s-inspired Scottsdale, Arizona, home appears to be totally tech-free—until you realize the landscape painting hanging on the wall is actually cupboard doors that fold open. If you get bored with your art down the road, you can just paint yourself a new one.

The TV you buy matters just as much (if not more) than where you put it. Let the LED do all the work for you by investing in Samsung’s popular Frame option. In this Studio McGee–designed lake house, the fixture displays abstract shapes when not in use.

A rug, a dowel, and a couple of sturdy hooks are all you truly need to hide all evidence of your TV’s existence. Stylist Kristin Guy took the visual trickery one step further by painting the backdrop of her fireplace and mounting a faux mantel to create a perfectly styled vignette.