What Happens When a Group of Design Lovers Buy an Inhospitable Motel? 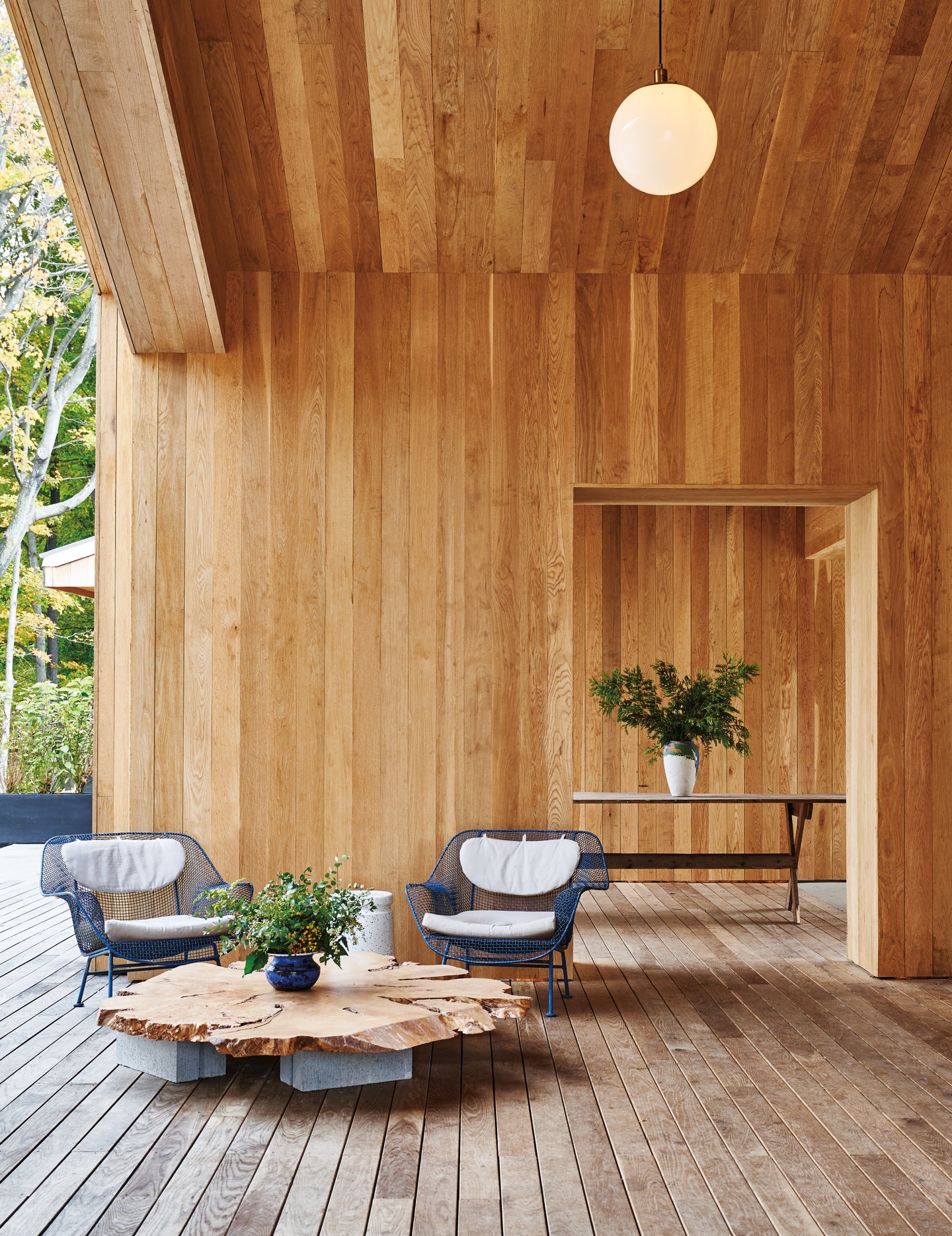 The best kind of travel involves some combination of thoughtful planning, good luck, and the wisdom to know an unlikely gem when you happen upon it. And that, you could say, is how Tourists got its start. Four years ago, Ben Svenson, a 30-something developer then based in Boston, had been spending weekend after weekend driving along scenic Route 2 in western Massachusetts, scouting real estate for a potential project. Road-weary, with a young family at home, he was ready to call off the search when a TripAdvisor comment caught his eye. “I expected to ﬁnd two hotels in North Adams and was kind of surprised to ﬁnd a third, which was the Redwood Motel,” he recalls. “The ﬁrst review read: ‘Not ﬁt for human habitation.’”

That description would come as a shock to anyone who has snagged a room at (or swooned over images of) the place since Svenson got his hands on it, undertook a major renovation, and reopened it—under the moniker Tourists—this past July. Of course, he had a little help from his friends. Bassist John Stirratt, a de facto hotel expert after two-and-a-half decades on tour with the band Wilco, lit the fuse with his love of mid-century motor lodges. Brooklyn Magazine’s Scott Stedman joined as a partner, as did Eric Kerns of Bright Ideas Brewing. San Francisco chef Cortney Burns, one half of the celebrated duo behind Bar Tartine, signed on and moved cross-country to helm the restaurant.

Their goal—to turn around this ramshackle property—was, in a sense, a literal one. Svenson, strapping on snowshoes during his ﬁrst visit, discovered an unfettered rear view of a “bucolic wonderland.” It hit him: “This hotel is in an amazing spot, and it’s just backward!” But after a ground-up renovation, along with a steady accumulation of neighboring buildings, the project has an even more signiﬁcant reorientation in mind: to overhaul the concept of leisure adventure with an emphasis on history and place.

North Adams happens to be just the right place. Situated at the nexus of the Appalachian Mountains and the Mohawk Trail, this stretch of the Berkshires has long been a magnet for fans of mist-shrouded mountainscapes and freshwater swims. Later, after highways and airplanes diverted vacationers elsewhere, pioneering art institutions moved into vacant industrial relics, and the area became a summer destination for dance, theater, and music—from Tanglewood to Solid Sound, the festival that Wilco has led at the local world-class contemporary art museum Mass MoCA since 2010. “It’s this amazing ﬂashpoint of nature and culture,” says Stirratt. “That’s hard to come by.”

And it plays out perfectly in the airy guest rooms at Tourists, where white walls and geometric built-in beds evoke the feeling of an ascetic architect shacked up in the woods. “It’s meant to be this quiet, serene space where your mind can rest,” says interior designer Julie Pearson, who sourced overdyed New England quilts and vintage Japanese textiles in shades of “forest green and night sky and steel pan” to mirror the palette outside. In the adjacent 1962 ranch house—a highly unconventional hotel lobby—Pearson installed a pair of 1970s Mario Bellini sofas, canvas campaign chairs, and a table topped with a slab of rough-hewn sugar maple. Leaning on modular seating, she intended the ﬂoor plan to shift from cozy reading nooks to accommodate pop-up performances (such as spin-off shows in tandem with next summer’s Solid Sound). “I thought about that feeling of sitting around a campﬁre,” she says, “and how that circle can continue to grow.”

Indeed it will this winter, as Burns ramps up dinner service in the newly renovated 1813 farmhouse, whose hand-painted sign—faded nearly to obscurity—gave the whole enterprise its name. The larder is always the crux of her kitchen, and here she’s been ﬁlling it with ﬂavors of the forest (ﬁr tips steeped in gin; sumac foraged on-site) and also, less expected, ingredients born out of research into the far-ﬂung families that settled in the Berkshires. “I was looking for a muse, ostensibly,” Burns says of the challenge she ultimately posed to herself: “Take historical data, put it through the lens of imagination, and say, ‘What if the Lebanese and Italians were living next to each other?’” The answer looks a lot like her rose and apple cake, a riff on torta di mele dressed up with pistachio and preserved lemon. Another twist: a ﬁsh stew that winks at a bouillabaisse familiar to French-Canadians, thickened with Middle Eastern lentils.

That’s all to bide time until spring, when Loom, Tourists’s much-anticipated restaurant, opens inside a century-old church. (It was once home to a Welsh temperance society, but fear not: There will be plenty of house-infused spirits.) Leaded-glass windows offer glimpses of the future three-acre vegetable garden; Mount Greylock, so called for its familiar fog, hulks in the background. “What kept coming to mind was the notion of what it actually takes to put together a gathering place,” says Burns, citing a warp-and-weft ethos that runs throughout Tourists—as seen in an autumnal dinner with the founders. (The restaurant’s name also hints at another of their conversions ahead: a local textile mill.) Loom will be as much a hub for locals—like Svenson, whose family recently made the move—as for wanderers. “We often forget to honor what it means to be a leisure traveler for a day, even if it’s in your own town,” says Burns. “To see your world through a new lens, to drop in and be somewhere else.

It’s about the pause.”

How to Get Cozy, According to the Snuggest Cabins on Airbnb

We’re Painting Our Ceiling Black, Thanks to This Pre-War Home