What Happens to Your Body When You Get Acupuncture Every Week 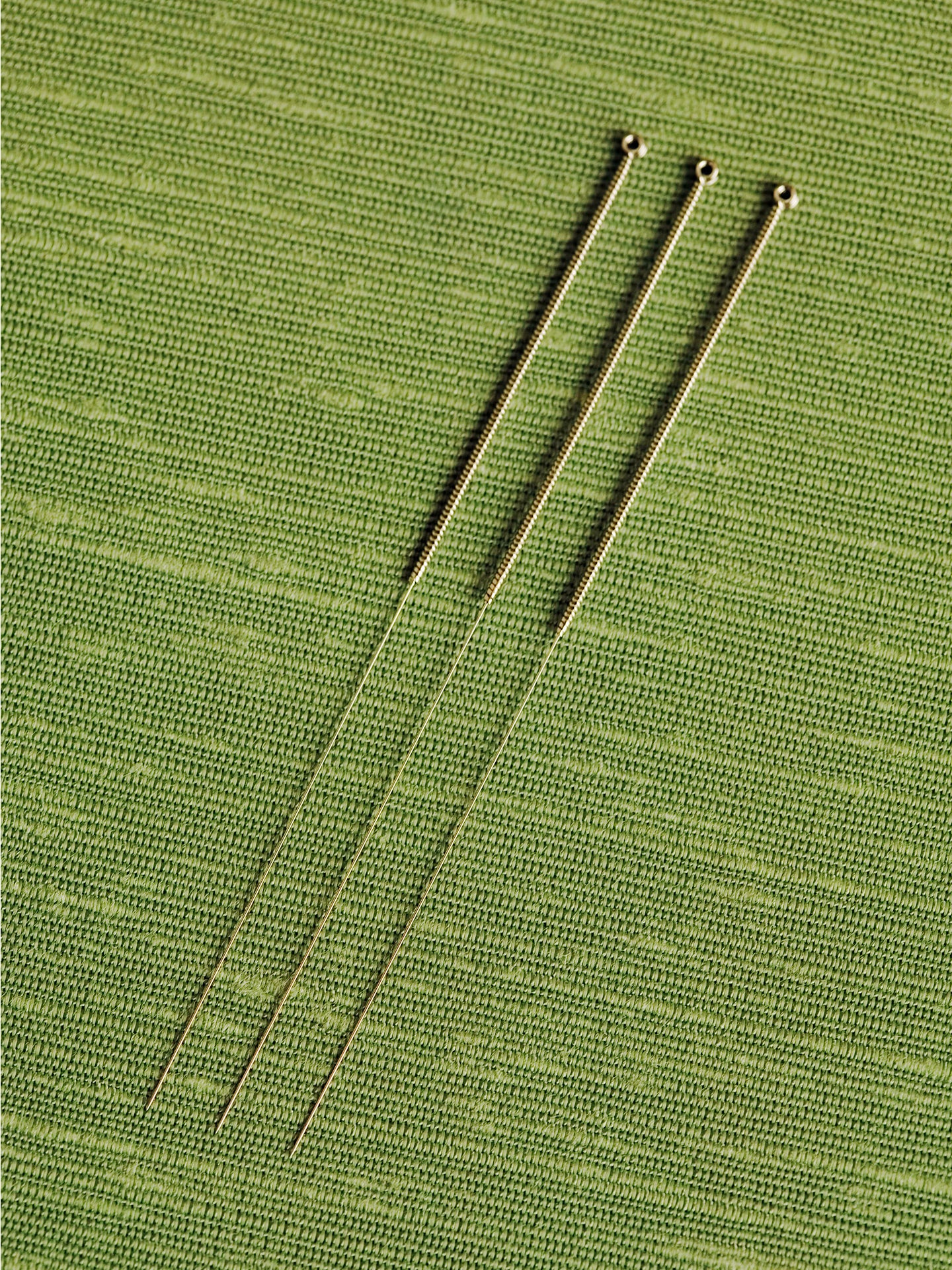 The thought of getting 20 tiny needles stuck in your back admittedly might not sound very relaxing. But acupuncture is a beneficial treatment for everything from stress to chronic pain. And lately, it’s become a lot more accessible.

Just look at WTHN, the nearly year-old acupuncture studio in New York’s Flatiron neighborhood, which offers a monthly membership to reframe how people think of the traditional Chinese wellness practice. According to Dr. Shari Auth, a cofounder of the studio, acupuncture is great for both averting and treating pain.

“We want to see patients once a month, ideally once a week. The reality is somewhere in between,” she says. “If you’re coming in because you have chronic migraines or something like that, I would say to come in every week, and once you’re no longer having frequent migraines, then you can figure out what the rhythm is for you, whether that’s twice a month or once every three weeks.”

If you’re not addressing any specific malady, though, a more occasional treatment could fit the bill. “I always suggest that patients who no longer need regular acupuncture come and see us four times a year for preventative care,” says Dr. Jill Blakeway, founder of  the Yinova Center in New York City.

Basically, teeny-tiny needles stimulate the fascia (the connective tissue in the skin), which, in turn, results in a lot of benefits—and the science behind acupuncture is strong. According to Auth, it increases circulation, which is how it relaxes tight muscles. It also stimulates collagen production, which can decrease the appearance of wrinkles. Not to mention, the procedure can help with both depression and anxiety. A single session of acupuncture will leave you feeling pretty rejuvenated, but the longer you invest in treatment, the better you can expect to feel.

If you’ve been feeling burned out or anxious, a good acupuncture session can make a difference. Because it decreases cortisol levels (which causes stress) and increases serotonin and dopamine (which make you feel happy), it’s a great antidote for a bad mood. “At the end of the treatment, most people feel energized, as well as calm and relaxed,” says Tiffany Cruikshank, acupuncturist and founder of Yoga Medicine.

Seriously—be prepared to really let go of all those bad vibes: “The most common testimonial that we hear is that people had the best nap of their life on an acupuncture table,” says Auth. When it’s time for bed, too, you’ll likely find dozing off easier than usual.

If you decide to get acupuncture to target an injury or a specific pain, it won’t be totally healed after just one session, but you will experience some relief, Auth adds.

Once you’ve had a few treatments—either once a week for a month or two to three times—you’ll start to feel more lasting changes. Your immune system will get a nice boost (so you’ll fall victim to colds less often), says Blakeway, plus you’ll feel less stressed and your muscles will relax more, which means you can also expect to sleep better.

Because acupuncture is an anti-inflammatory, it can also soothe digestion issues: “gas, bloating, constipation, diarrhea, IBS, all of that kind of stuff,” says Auth. Oh, and it can ease the pain that comes along with menstruation and menopause.

After Three to Six Months

If you’ve been focused on treating an injury or another medical condition, lasting improvements can typically be felt after a few months—after which you might decide to scale back on frequency. By now “with chronic pain, there should be a huge shift in the level, intensity, and kind of pain a client is dealing with,” says Mona Dan, founder of Vie Healing.

It all depends on which part of the body you’ve been targeting. “If you’re getting facial acupuncture, it’s basically nature’s Botox,” says Auth. Because it increases collagen and elastin production, you could see an antiaging effect within a few months.

When you make acupuncture a preventative treatment in your wellness routine, you’re targeting both mind and body. As Auth notes, it can address long-standing issues like headaches, migraines, PCOS, and carpal tunnel, not to mention stress and anxiety. This more holistic approach to health might just be worth the prick.

See more wellness: Are You Napping Enough? Allow IKEA to Lull You to Sleep With a Recitation of Its Latest Catalog I Don’t Believe in Crystals—So Why Can’t I Stop Buying Them?