The New NYC Public Art Installation You Need to See

Tictail and Absolut Art teamed up to host a Women x Women art fair to change the way women are depicted in art. 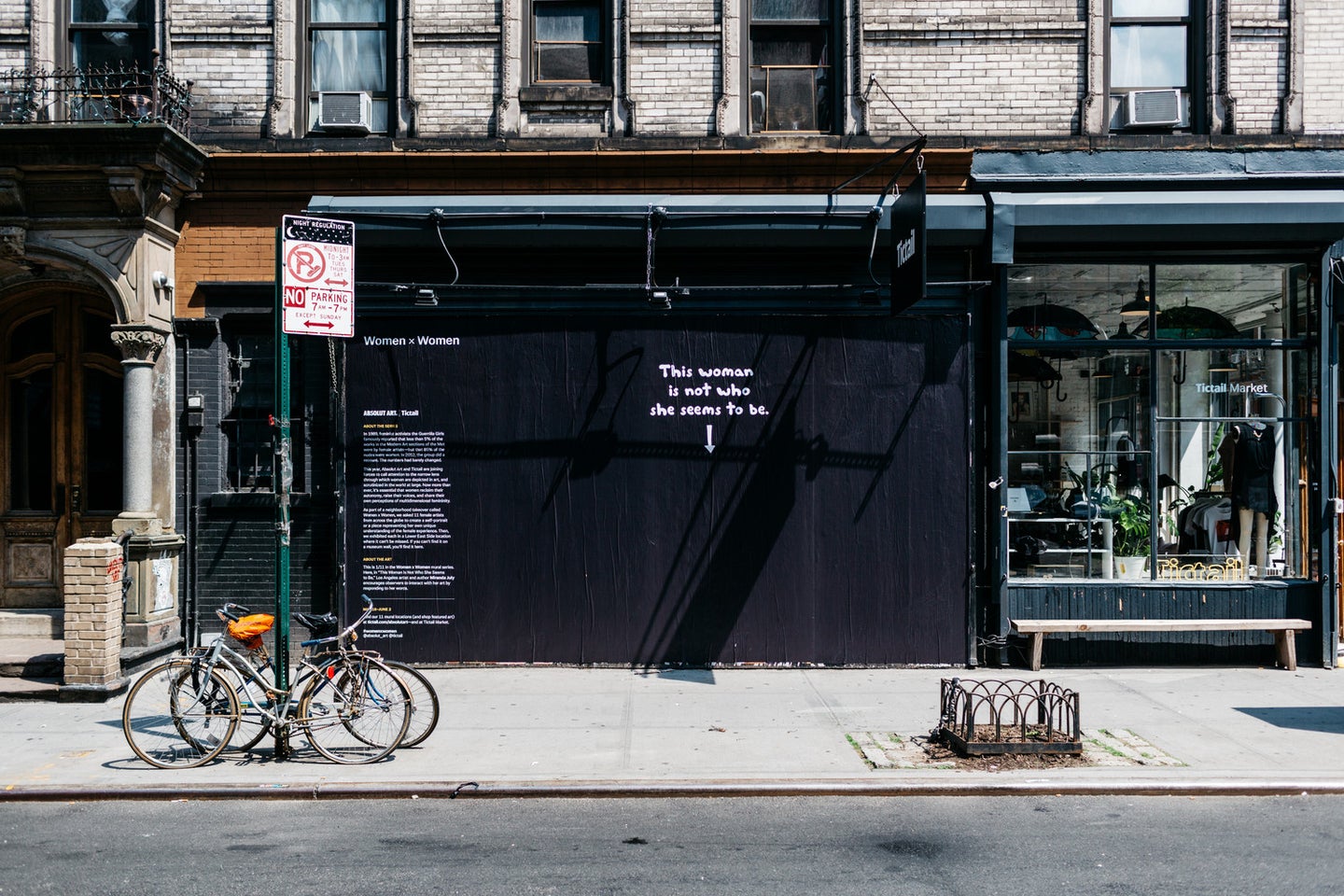 In celebration of New York Design Week, Tictail and Absolut Art are shining light on the way women are depicted in art—in the form of a neighborhood takeover with 11 publicly displayed murals created by female artists from all over the world. the works show eac artist’s personal understanding of the female experience.

The results? A collection of thought-provoking pieces of art that are on display at storefronts across Manhattan’s Lower East Side neighborhood starting today, Friday, May 19 through Thursday, June 1. The Women x Women murals are also available for purchase on Tictail.com, with 10 percent of proceeds being donated to Women for Women, an international non-profit organization that focuses on helping marginalized women in countries affected by war and conflict.

According to Tictail, “In 1989, feminist activists the Guerrilla Girls famously reported that less than 5 percent of the works in the modern art sections of the Met were by female artists—but that 85 percent of the nudes were women. In 2012, the group did a recount. The numbers had barely changed.”

We don’t know about you, but those statistics feel don’t sit right.

While at the opening party and panel, we caught up with a few artists. One being Kristin Texeira, whose art is displayed in the Essex Street Market. She says that when she was asked to participate in the project, “I definitely said yes right away.”

Her enthusiasm for the project was mirrored in every other artist and attendee, including panelist and artist Elise Peterson, whose art is displayed across the street from Tictail’s Lower East Side storefront. As an educator who works in underserved communities, it’s important to Peterson to show students that art actually is accessible, so the idea of public art made her want to get involved.

The image she created was inspired by her “own iterations of self.” By which she means “All of the different experiences that I’ve had and the different roles that I’ve played in life and wanting to create a figure that also had the privilege of being multifaceted, especially within a body that is not typically granted that privilege, like Mammy,” who is shown in her artwork.