FoodKarma events at The Farm On Kent bring bring Brooklyn together in an unlikely place. 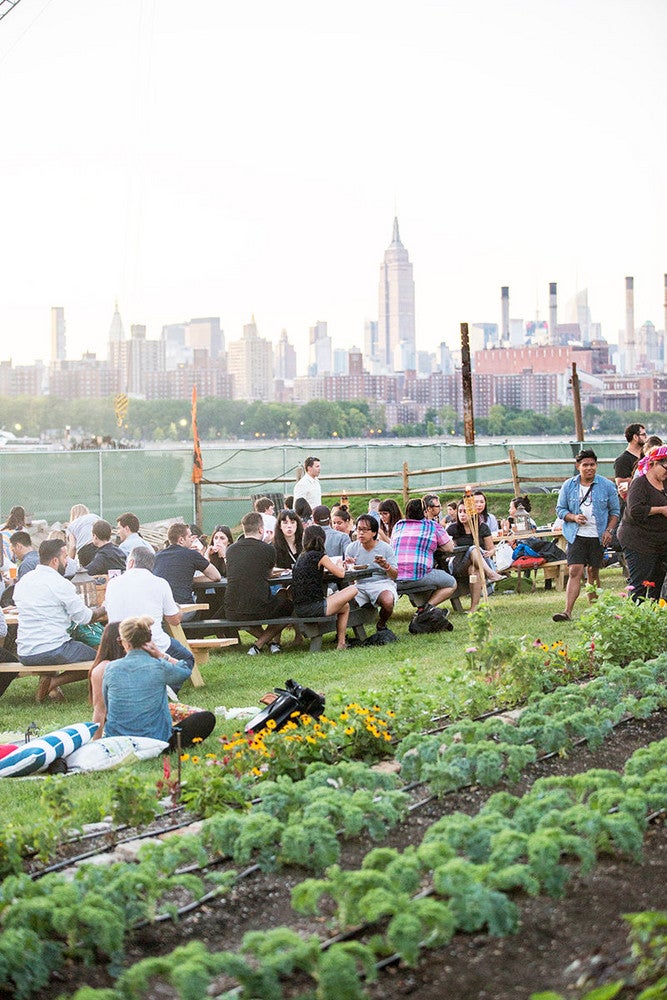 The Farm On Kent sits at the foot of the former Domino Sugar Factory, an ominous building that once produced half of the country’s sugar, but now resembles something not too far from a scary movie set. The space surrounding it is industrial, piled high with all the signs of a construction zone. Except for one place,  The Farm On Kent . Founded by Ryan Watson and Henry Sweets, the farm is a green oasis in the middle of a distinctly urban setting. Over the summer of 2015, Watson and Sweets joined forces with Jimmy Carbone, owner of  Jimmys No. 43  in the East Village, to create  FoodKarma , a series of evenings on the farm marked by good food, good drinks, good company, and surroundings found nowhere else. We chatted with Carbone and Watson to delve a little deeper into the farm and the events plays host to.