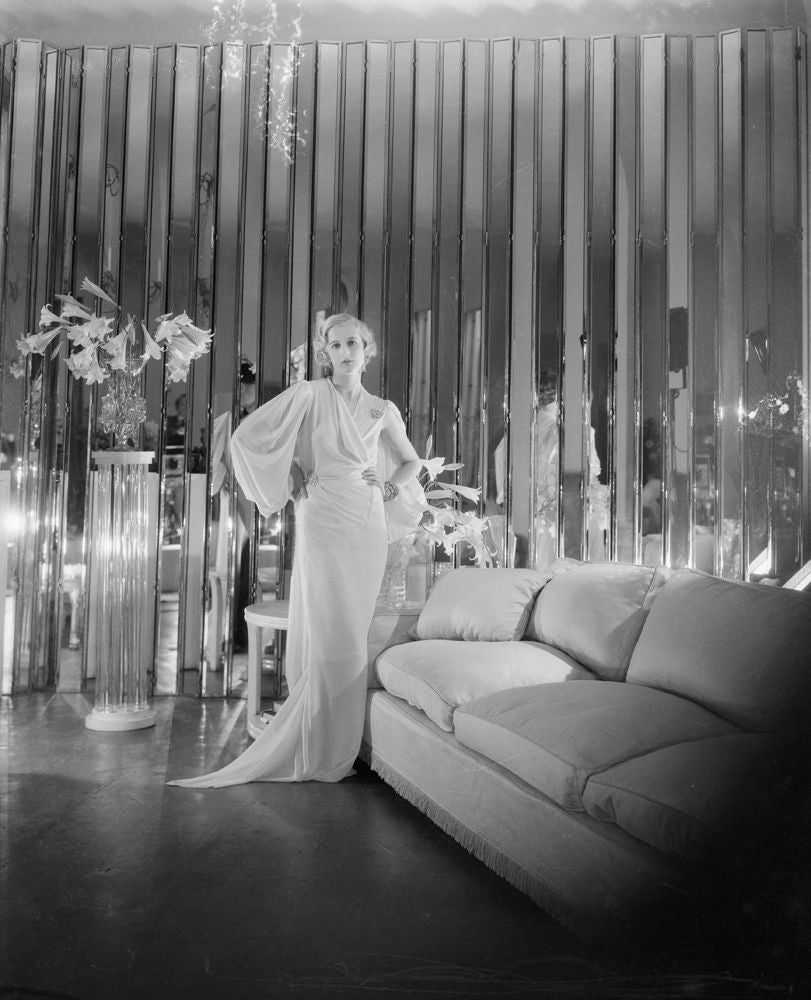 makes us smarter about the popular designs we live with.

Syrie Maugham was born on July 10, 1879, at her family’s home in South Hackney, England. One of seven children, she was her parents’ unabashed favorite. Maugham married her first husband, the wealthy Henry Solomon Wellcome, when she was only 21. He was 48. Despite the age difference, she experienced her marriage as a liberation because the relationship, which lasted until 1910, had the quality of a honeymoon, filled with jaunts about the globe.

For the three years following her divorce, Maugham enjoyed the life of a single, affluent woman in London and Paris. Then, in 1913, while renovating her home in Regent’s Park, she discovered a passion for decorating. Having hired the well-known firm Thornton-Smith Ltd., she asked the company’s director to work in its showroom without pay in order to learn the craft of interior design. It was an apprenticeship that would pay off. Indeed, 1913 was a banner year for Maugham. While working at Thornton-Smith, she met the man who would become her second husband, the famed writer Somerset Maugham. The pair had a daughter, Mary Elizabeth, in 1915, and married in 1917.

Photo: Maugham in 1949, as captured by Cecil Beaton.

After World War I, the social conventions of England’s upper classes swiftly changed. “Ladies” were entering the workforce, and Maugham opened a decorating firm out of her house. A change in aesthetics accompanied this change in mores, and Maugham was among the leaders of a revolution in taste. From the beginning, she had drawn notice for her startling use of white. Until the 1920s, the drawing rooms of England’s elite had been darkly paneled affairs, fitted with Knole sofas and heavy, tasseled draperies. White, when it was used at all, was associated with workmen’s cottages. But Maugham made it into a “decorator’s colour,” an evocation of the fresh and

In 1923, Maugham borrowed 400 pounds, and with furnishings from her own Regent’s Park home, opened a shop on Baker Street called Syrie Ltd. Within two years, she was able to move around the corner to swank Grosvenor Square, an ideal location for capturing the attention of elite patrons, which she began to do in spades. (Among her most notable clients were Wallis Simpson, Noël Coward, and Standard Oil heiress Beatrice Cartwright.) As Maugham’s professional life flourished, her willingness to tolerate her husband’s affair with his male lover, Gerald Haxton, waned. The couple was finally granted a French divorce in 1929.

Maugham spent World War II in New York, where she devoted herself to the war effort (becoming, in the process, a friend and compatriot of First Lady Eleanor Roosevelt) while never giving up her career. In 1944, she returned to England, where she continued to work at the peak of her profession. In 1953, Maugham suffered a heart attack from which she never fully recovered, and passed away two years later. In her honor, friends, including Cecil Beaton, Rebecca West, and Oliver Messel, raised money to donate a white marble sculpture of Catherine the Great (created by Fedot Shubin in 1771) to the Victoria and Albert Museum. Today, Maugham is celebrated as a trendsetter,

a fashion icon, and one of the visionaries of interior design.