This Painted Pool Will Perk Up Your Day 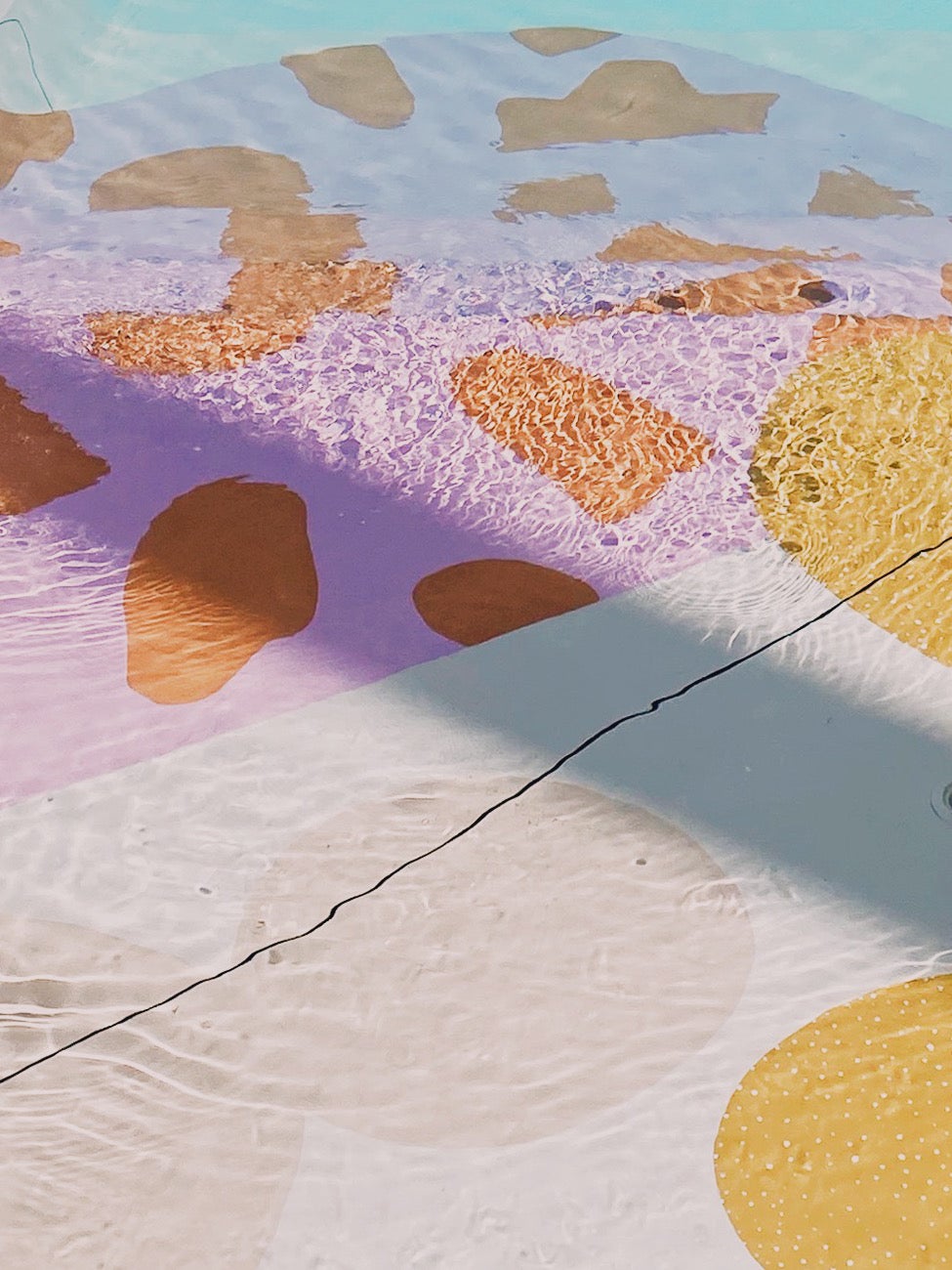 No canvas is too far-fetched for Alex Proba. The multidisciplinary artist and Studio Proba founder has translated her colorful abstractions to rugs, countertops, ceilings, and exteriors. The only surface she hadn’t touched was the bottom of a swimming pool—until now.

The setting for her latest project is the backyard of a historic mid-century house located in the California desert, just outside of Palm Springs. The owners, Tim and Jill Sassone, who run the jewelry brand Marrow Fine, tasked Bells + Whistles with overseeing the renovation. The design firm brought on Proba to tackle parts of the interior as well as the giant pool outside, which she says was a dream project. And we totally get it: The only place we’d want to be floating this summer is over Proba’s swirly speckled forms. She dives into explaining her process:

The artist took inspiration from drawings of pool murals she created a few months ago, which art director Ariel Palanzone rendered as 3D visualizations. The illustrations gave a good sense of how the water would distort the dimensions of the shapes, an idea that excited Proba. “I took every aspect into account,” she says, like how the patterns on the stairs will be the most noticeable because they’re closest to the surface.

Using water-based pool paint, Proba and her assistant, Lindsay Kennedy, spent two days on the blush backdrop and six 12-hour days doing the shapes. They applied at least three coats to every silhouette. “You’re mostly in weird positions, hunched over. It makes it very hard,” says Proba. The Palm Springs heat also took a toll on their paint trays—some of them melted in the sun.

Now filled with water, the pool, with it’s geometric and flowerlike forms, takes on a new purpose—it’s art that you can tread above or dive down toward for a closer look. Want to paint your own paradise? Don’t overthink it. Proba approached the bowl like any other canvas. “My work is very organic,” she says. “I think that the same art would look as good in any other shape pool.” Freestyling is always welcome.

See more stories like this:  Artist Alex Proba Isn’t Afraid to Color Outside the Frame You Don’t Need to Be an Artist to DIY This Color-Blocked Mural A Mural Is the Antidote to Gallery Wall Burnout