Bonus: I saved a ton of money. 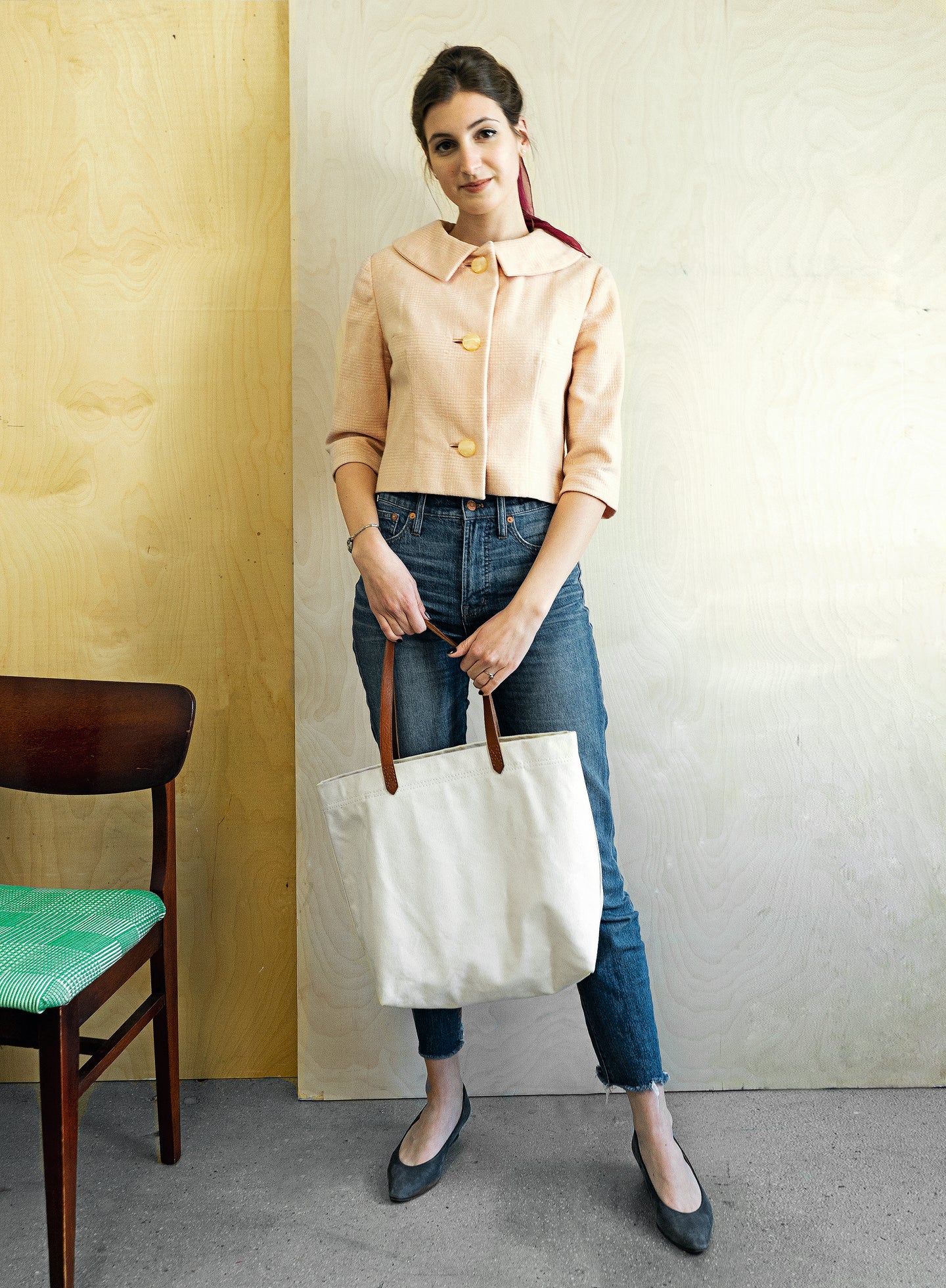 I was on day one of a weeklong foray into trying to live more sustainably and I had not used plastic the entire day. My coffee was made from a reusable filter and toted to work in a thermos. My lunch was a stir-fry I made the night before (loaded with vegetables—I was green living incarnate!) instead of the usual plastic-encased contents of the Domino snack cabinet. I even walked to work instead of taking the subway because I felt I could do better than my plastic MTA card.

Then I met up with a friend after work to see an art gallery exhibit in Chelsea, unthinkingly accepting a plastic cup of red wine, and it all fell apart.

This perfectly sums up the crux of our modern sustainability problem. No one actively tries not to recycle; people aren’t out there gleefully overbuying tubs of plastic utensils in an intricate plot to pollute our oceans. Plastic and waste, in general, are so ingrained in our day-to-day lives that we hardly think about it. And even if we are conscious of trying to reduce our footprint and consume less, slipups are inevitable. But while no one should beat themselves up about accidentally drinking from a plastic cup, we’re past the point where we can afford to not think about it.

Here come the statistics: A 2017 report found that a million plastic water bottles are bought worldwide every minute, a number expected to increase by 20 percent by 2021. A 2019 study from the Center for International Environmental Law estimates that around two-thirds of all plastic ever produced has been released into the environment and remained there. Per a 2016 EPA article, around one trillion plastic bags are used each year. The data isn’t restricted to plastic either, according to The World Bank, we generate over 2.01 billion tonnes of municipal solid waste (a catchall for everything from food waste to paper) annually.

The facts are depressing but unignorable. While me swearing off plastic for a week isn’t doing much in the grand scheme of things, I wanted to find out how much of an impact it actually would have on me. In the spirit of being more sustainable long-term, I made a conscious effort to be less wasteful for a week.But first, I made some goals for myself:

Here’s how the week went down.

There are easy things you can do each time you head to Trader Joe’s for a grocery run or to CVS to pick up emergency dish detergent—things like refusing plastic bags and bringing your own tote or avoiding produce bags at the supermarket. Looking past the day-to-day, this means eschewing fast fashion and fast design for vintage or secondhand items.

Honestly, I figured this would be a cinch. My entire apartment is a graveyard for secondhand furniture and decor, and I’m that annoying person who will respond to any inquiry about my outfit with a “thanks, it’s vintage!” retort and possibly, a hair flip. While I didn’t have any trouble with that portion of the exercise—after all, who is buying a new dining table or set of dinnerware every week?—the quotidian shopping expeditions proved to be a little more challenging.

For one, it’s small things like shopping receipts that get you. Also, I live in Manhattan, and in a move that’s probably in the best interests of the city’s safety, I don’t own a car. This means that I walk to and from the supermarket and that I can rarely fit all my Trader Joe’s loot in one bag, which is how I inadvertently end up with a pile of paper bags.

Goal #2: Try to be as close to zero waste as possible

For me, this goal was largely centered on my eating and drinking habits, as they’re where I’m typically the most wasteful. Aside from the occasional bout of bread baking, I have the culinary habits of a university student on a budget. I love cooking and make a point of cooking more involved dinners each night (it helps me relax), but I usually skip breakfast because I’m rarely hungry that early and I opt for a lunch that’s not so much a “lunch” in the traditional sense as it is an assembly of snacks from the office kitchen and the occasional takeaway soup or sandwich. Going into this week, I knew that this goal would be the hardest to stick to. I don’t have time to meal-prep and my caffeine habit has me marching to Pret a Manger twice a day.

I found that being as close to zero waste as possible was easier on the weekends when I typically either make all my food and coffee at home or order it at a restaurant. I started bringing my coffee to work in a thermos and learned that many coffee shops will actually let you buy coffee and fill it up in your thermos instead of a disposable cup. Meal prep–wise, I brought easy things to work like stir-fry and spanakopita and enjoyed taking the time to cook for the next day—plus, it cut out my snacking habit entirely.

Goal #3: Upcycle instead of immediately throwing something away

I’ve never been a big DIY’er. I want to be, but my craft projects typically end up looking disastrous. My goal for this week was to find a couple of things I would ordinarily throw away and figure out a way to give them new life.

These upcycling projects had to have two components to them: They had to be something that a total rookie could do without catastrophic repercussions (read: losing my security deposit) and they had to be something that would actually fit in with my apartment’s style. I have a small table I inherited from an old Domino shoot that’s been sitting under a pile of stuff in a corner of my living room for ages. I was planning on recycling it, but instead, I painted it a dark burgundy color to match the tonal pink color scheme of my bedroom. It took less than a day (including drying time) and was super easy—plus, now I have a nightstand.

My second project was so simple I’m not even sure it qualifies as a project: I took a bunch of old fabric scraps I had lying around, used leftover spray paint to color some frames, and framed the scraps to add to my bedroom’s gallery wall. I did both these projects over the course of the weekend and ended up feeling quite proud of myself for adding to my apartment’s design without spending a single penny.

On a basic level, I inadvertently ended up saving a ton of money from being more conscious about what I was buying and using. Consider this unexpected side effect another perk of going green: It’s good for the planet and for your wallet.

On a larger level, as someone who fancies themselves a generally sustainable person, I didn’t really think this week would be that different from my everyday life. Truthfully, aside from a newfound appreciation for daily meal-preppers and some rad new decor accessories, it wasn’t, but what it did do was force me to pay attention to how much waste I generate on a daily basis. From produce bags and plastic coffee stirrers to soap dispensers (buy bar soap) and gum packets, there are a lot of tiny things we waste that add up. And while I’m probably not going to become someone who makes their own shampoo to avoid buying a bottle and only eats food they grow themselves—again, I live in New York—the biggest takeaway I have from this week of sustainability is increased awareness. Just like the multitude of tiny ways we consume single-use plastic, mindfulness adds up. Eventually, sustainable living will become second-nature, and that’s when we’ll start to see real results.

See some ways to be more sustainable: Want to Be More Sustainable in 2019? Try This One Easy Swap 15 Easy Swaps You Can Make Right Now for an Eco-Friendly Kitchen How One Person Finds Home Decor Treasure in Other People’s Trash