The Only Playlist You’ll Need This Summer

If you love the Big Little Lies soundtrack, this playlist is for you. 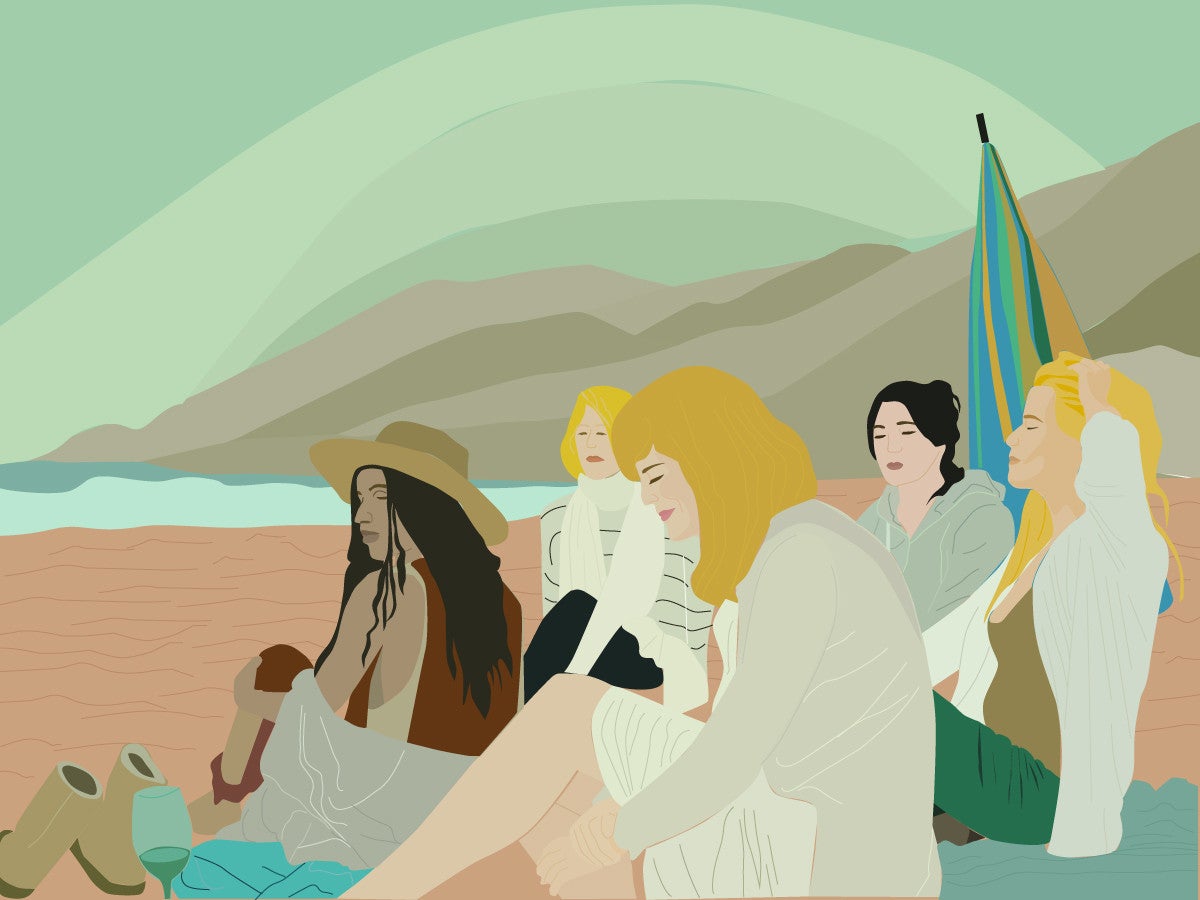 This year has seen some incredibly creative, smartly written, and beautifully composed TV series. And many of these shows have received as much praise for their soundtracks as their scripts. In particular, Big Little Lies blew everyone away with tunes that tug on the heartstrings while appealing to an audience of varying musical tastes—making it perfect for any gathering.

From Big Little Lies to Girls to Peaky Blinders, here’s the television-inspired playlist you’ll want to listen to all summer long.

This song became like a character in and of itself. The music was so gorgeously folded into the major scenes in this expertly cast series. And this tune is so soulful, haunting, and heartbreaking. Much like the complex characters in their richly illuminated public lives and dark, secretive private lives. And who can forget Zoe Kravitz as Bonnie doing that “Don’t” Elvis cover? Yeah, we threw that one in the playlist, too.

2. GIRLS, God Knows (You Gotta Give To Get), El Perro Del Mar

GIRLS came to an end, and the final moments were so poignantly illustrated with music. This song played earlier in the show as the characters’ lives drummed on to new avenues: Adam dating the strangely arresting Mimi-Rose, Ray beginning a campaign, and Hannah applying to be a schoolteacher.

Børns The kaleidoscopically colorful and Harajuku-loving experience Shoshanna lived in Japan was really well choreographed with this gorgeous Børns song.

So many sounds on this show were perfectly otherworldly, ethereal, and spooky. Then, there were the ’80s bangers and nods to music royalty (The Clash, Joy Division, The Smiths, David Bowie). Many of the selections provided for a duplicitous viewing experience: the alien girl and her motley crew of neighborhood boys adventuring against a happy, sing-songy Dolly Parton jam? Kitschy perfection.

The familiarity of this song posed against a freakish, alternate pseudo-old world was such an interesting combination. Why was a mid-’90s grunge band playing on a rickety piano player in an old saloon? It set the slight foreshadow for all the events that would, in time, reveal themselves.

The honesty and endlessly uncomfortable situations were comedic gold in this series. We can’t wait to watch Issa and Molly try to figure things out in Season 2, and to listen to all the amazing hip-hop and R&B tracks.

Such a poetic choice for a show full of complexity and love. This song is like a deep breath in a series where you wonder which character is breaking the deepest and how they are going to attempt to live a happy life.

8. Peaky Blinders, You and Whose Army? Radiohead

Again, the dueling nature of the songs and the characters make this choice so enchanting. A family of gangsters with razors sewn into their caps set to the chilling, sometimes ravaged-sounding voice of Thom Yorke? Unexpectedly awesome.

The tragic teenage story of Hannah and Clay and what could have been a future is so hard to swallow. This dreamy Hamilton Leithauser track displayed that futile love so beautifully.

10. Master of None, Take a Walk on the Wild Side, Lou Reed

Aziz Ansari is something of a music superfan to begin with, so of course his show, Master of None, is going to have some deep tracks and an amazing range of soul, hip-hop, indie, and rap. Lou Reed is an epic choice for an opening sequence in season one of this series.

The dark humor here and the Minnesota-nice thing is kind of like sucking on one of those ultra sour candies. It’s sweet at first taste and then takes you down a tumultuous and disturbing tunnel, leaving you wondering: Is this fun? Or just really twisted. Just like the debauchery detailed in this raucous Nathaniel Rateliff drinking song.

Your Go-To Playlist To Ring in 2017 This House From “Big Little Lies” Is For Sale (And Affordable!) In The Spirit of La La Land, 13 of the Best Jazz Clubs From Around the World