My Secret to Getting a Lamp (or Sofa!) for Free

The art of stooping. 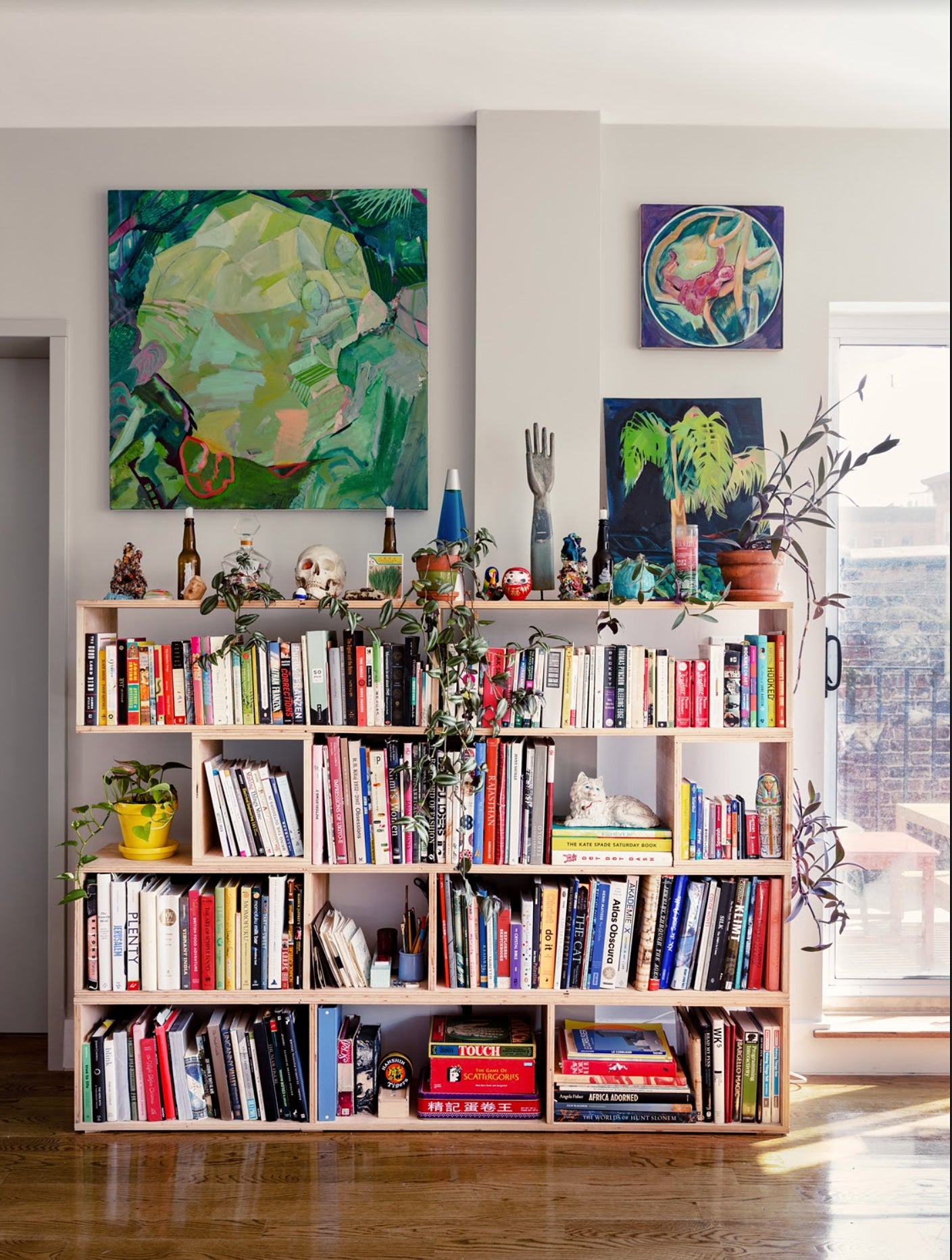 I wasn’t wearing real pants. In fact, I was decidedly in my weekend uniform (a soft T-shirt, my Home Shorts, and trusty house slippers) when I decided to take a break from folding my laundry and check Instagram. That’s when I saw it: the floor lamp of my dreams on @StoopingNYC.

It was majestic: seven gold stems sprouting about 70 inches upward from one sturdy base, blossoming into several frosted glass flowers—three large, four mini. It was exactly the kind of fixture that I’d been dreaming of nestling in between my bar and velvet sofa…and wait a minute, that building behind it looked kind of familiar. The caption mentioned a cross section of two streets that indeed were just three blocks from me. I put on real pants and a jacket. The lamp would be mine. After all, it was free for the taking.

Stooping is an act that has long been practiced by city dwellers. Basically, it’s what you do when you pick some discarded object off of the curb (or stoop) and claim it as your own. Only now, thanks to Instagram, it’s gained video game–like appeal.

I found myself speed walking. What if I got there and saw someone else making off with it? What if, I shuddered to think, it was already gone? The fact that a fixture so perfectly compatible with my personal style had appeared, as if by magic, just yards from where I sleep, made it seem as if I were on some quest directed by a mysterious stranger.

“The idea for StoopingNYC came when I was walking with my son,” the anonymous founder of the Instagram account later told me. “We would be out in our neighborhood in Brooklyn and would consistently see all these amazing treasures that people were just putting out on the curb, waiting for somebody to collect or for sanitation to take away. The initial concept was that it would be fun to curate images of some of these amazing finds with witty captions; we thought that we would be the ones walking around and taking pictures of things on a daily basis and playing with story lines.” But the feed quickly shifted direction, turning into a platform for people to share photos of street finds—and nab things they didn’t know they needed.

When I spotted the lamp from a distance, I held myself back from breaking into a jog. No one else was around. I picked it up, settling its not-inconsequential weight against my shoulder, and heaved it back the three blocks and three flights of stairs to my apartment. I felt like I had stolen some precious gem or magical artifact. I paused my wonder to plug it in to see if it worked. It did—one light socket was nonfunctional, but it was good enough. Triumphant, I posted a photo on Instagram.

When @StoopingNYC reposted my photo—proof I had taken the lamp that, by now, more than 200 people had liked—I was nervous. Would someone be angry? Would I be faced with offers to buy the piece that, no, I absolutely was not selling? (I did get one and turned it down promptly.) But mostly, the comments were shockingly nice.

“Bravo,” one person wrote. “So happy for you!” said another. I had entered a rare nook of the Internet where strangers cheered for my totally serendipitous victory. “There is a feeling of real belonging that is galvanized by being part of the hunt and gather,” @StoopingNYC says.

Plenty of good comes from the success stories: Furniture is saved from the landfill, someone walks away with a piece they love, and someone else knows that the thing they discarded has found a new home. That’s why @StoopingNYC has grown to have 23,000 followers in just half a year; similar accounts like @curbalertnyc and @thetrashwalker continue to gain traction; Buy Nothing groups are flourishing on Facebook; and you might be thinking of giving Craigslist another go right about now. When we share, everyone’s a winner.

There’s no room for resentment—just goodwill. When I look at my lamp, I can’t help but remember not just the boost of serotonin from picking it off the street but the camaraderie I felt sharing my win with the Internet as a whole. One commenter couldn’t have been more right: “It was meant to be.”

See more stories like this: Heads-Up: The Furniture You Tossed to the Curb Might Just Become a Work of Art 11 Craigslist Shopping Tips So Good, We Almost Didn’t Share Them How One Person Finds Home Decor Treasures in Other People’s Trash