One tenant’s $600 reno will inspire you. 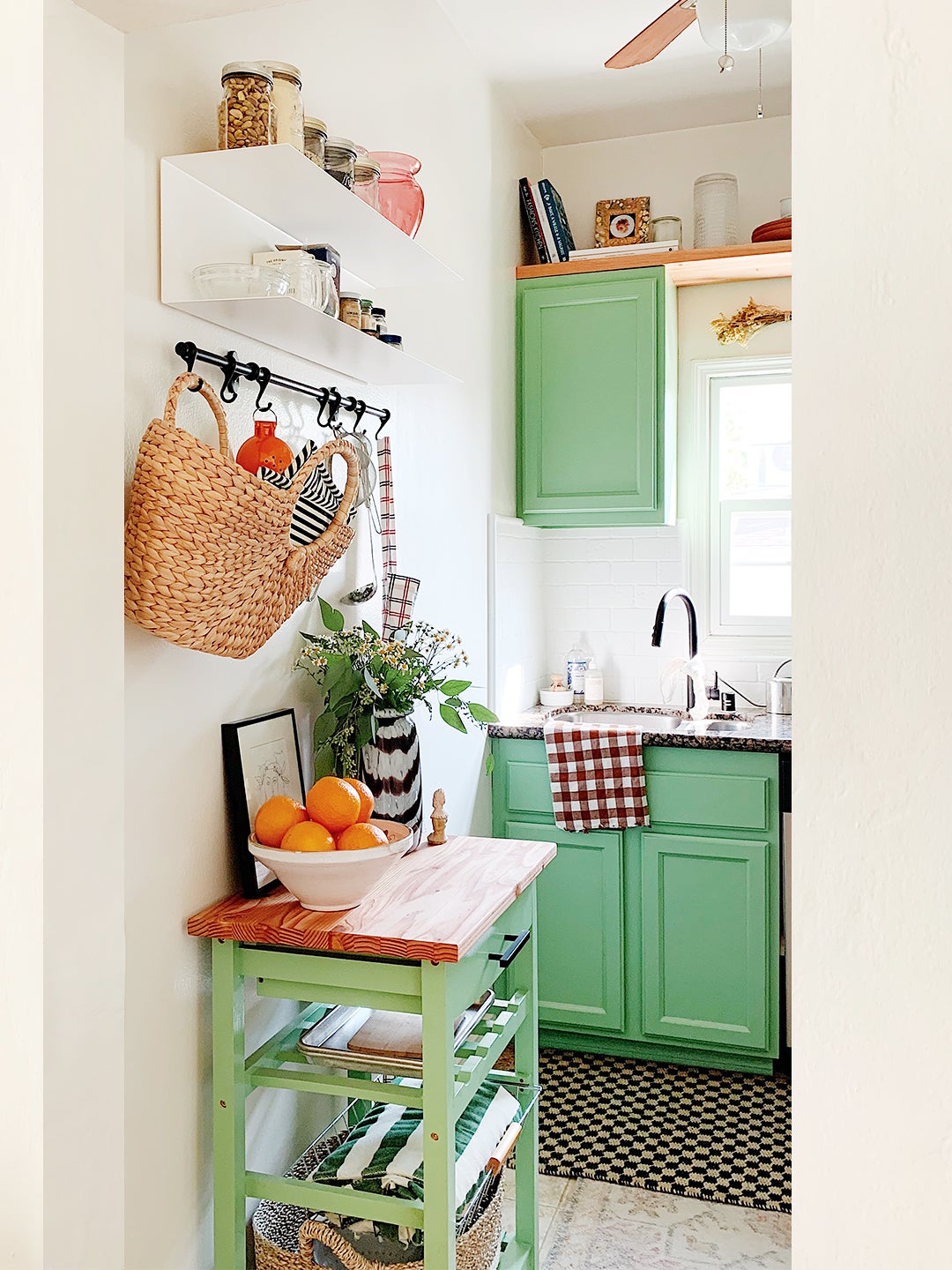 For the first four years of living in her apartment, Ali LaBelle was fine with the fact that her kitchen was “somewhat nonfunctional and incredibly ugly, because I was out a lot,” she explains. But being at home nearly 24-7 during the height of the pandemic changed that: She started to see all the stuff that was wrong, like the faux oak cabinets that had been installed haphazardly and, more important, dead space that could serve as storage—with a little boost, that is. 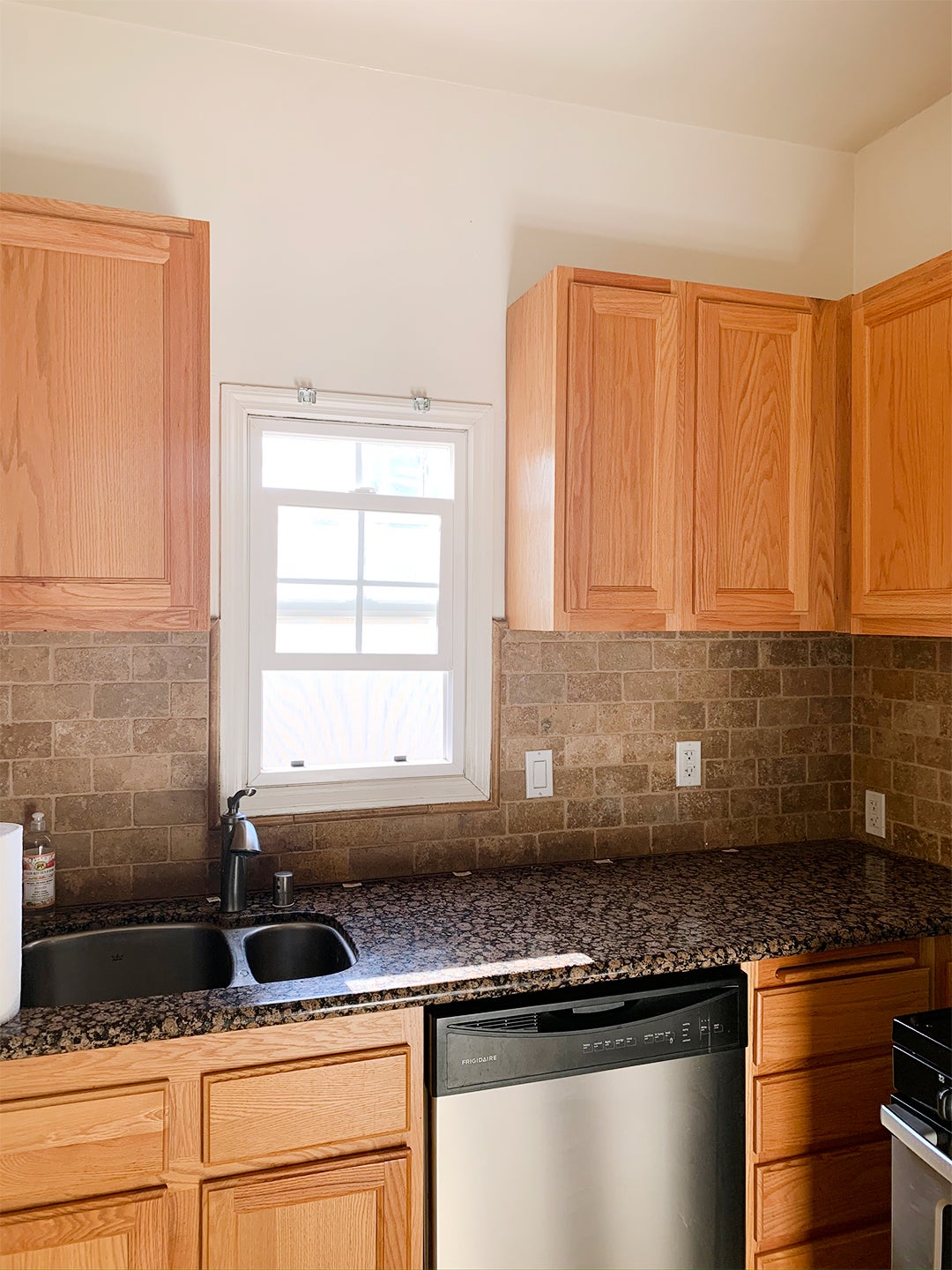 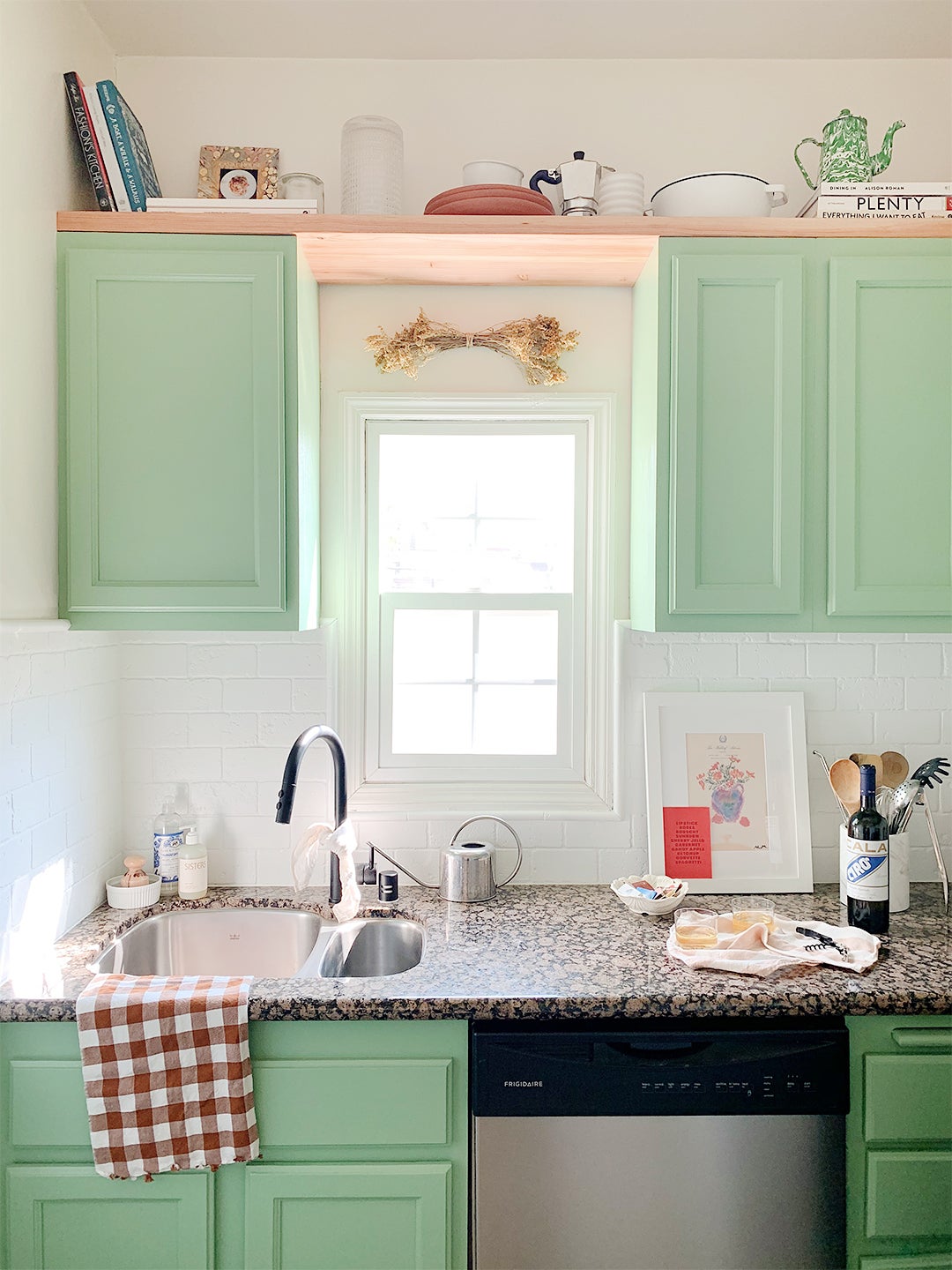 When she decided to paint her cupboards a soothing pistachio green hue (semi-inspired by Dakota Johnson’s viral kitchen), LaBelle saw there was almost 2 feet (!) of unused space above them. “My first instinct was to buy bookshelves and throw them up there,” she says. Finally she would have a place to display her cookbooks, occasional glassware, ceramics, and extra plates.

But it’s a good thing she didn’t follow up on plan A: The tops of her uppers were flimsy—she feared they couldn’t support a whole lot of weight on their own.

The fix? LaBelle called on her sister’s partner, Lucas, who has a small woodworking shop, to whip up two long shelves that could be drilled into the wall, thereby not putting any strain on the cupboards themselves.

In an effort to keep the DIY as light and low-cost as possible (her budget for the mini remodel was around $600 total), he spliced together butcher block and MDF (the former wood is heavier and actually anchored to the wall). “Now I can put all kinds of planters and pots up there—even my big Dutch oven,” says LaBelle.

The seasoned rental renovator had already painted her small Home Depot rolling cart the same green as the cabinets, but to make it really look like a custom island, she had Lucas switch out the old granite top for a slab of butcher block, too. Like the floating shelf, the countertop needs occasional oiling every couple of months to maintain its natural, warm tone.