Meet the Designer Who’s All About Giving Back

Shavonda Gardner on how her blog helped launch her career. 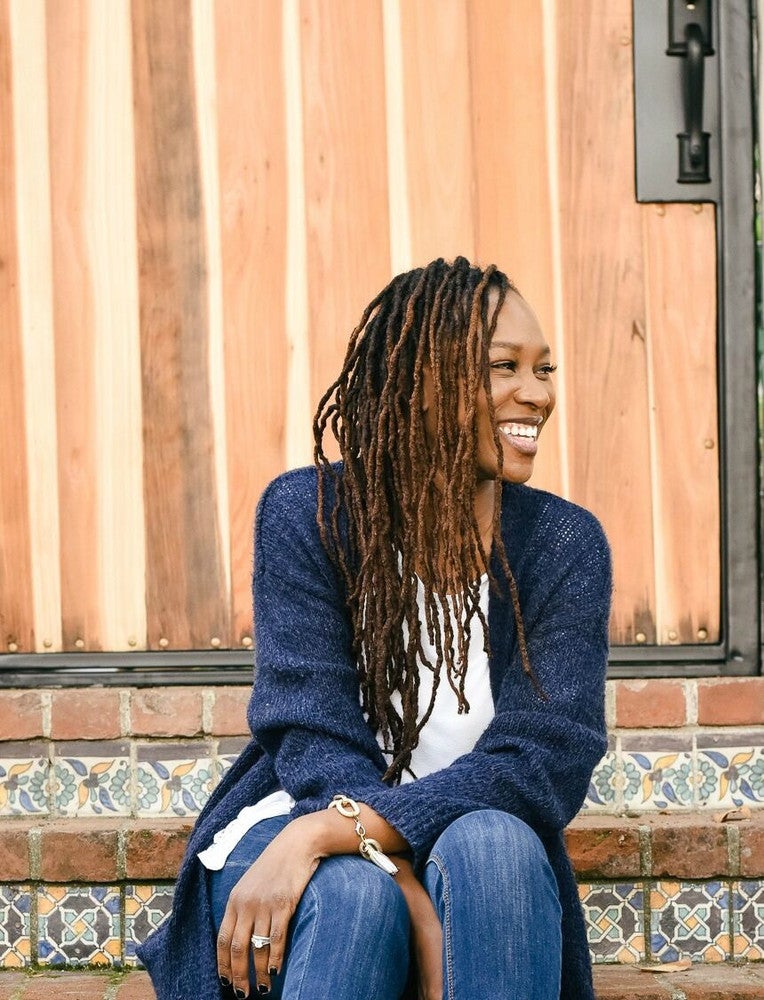 SG Style was named The Modern Maverick in the 2017 Domino Design Blog Awards.

Moody, global, and eclectic. That’s how interior designer Shavonda Gardner describes her personal style—characteristics that are evident in her decorative endeavors, which she chronicles on her design blog, SG Style. Launched in the beginning of 2012, initially under the title of A Home Full of Color, the blog was fueled by her passion for designing colorful spaces, and her hesitation at committing to the restrictive structure of a bigger firm. Instead, she turned to the budding blogosphere.

Five years ago, the scope of blogs dedicated to interior design were few and far between, a landscape that was a fairly unadulterated terrain. “The biggest change for me is that it’s so much more normal and common now,” says Gardner of the present influx of home decor-focused blogs.

Back then, fashion bloggers were at their apex, saturating the market, the beauty blogosphere was budding into the scene, and then there were the not-so-sought-after interior design bloggers. But thanks in part to the explosive growth of Pinterest, sharing inspiration and ideas for home decor became increasingly easier with time. No longer were design enthusiasts confined to their limited sources of entry to an untapped market. Gardner became a prime example of such.

“I knew that when I was in school, I didn’t want to take the traditional route of opening a design studio and managing clients,” says Gardner, who studied interior design at the Art Institute of Sacramento. Gardner knew that a corporate environment wasn’t the direction she saw her career going in. In search of an outlet that would allow her to connect to the creative world, she decided to launch a blog of her own.

Gardner’s initial realization that it could stem into a full-time career was discovered when she came across Young House Love, a blog founded by a Virginia-based husband-and-wife duo, who have since spent the better part of the past decade renovating homes, designing projects and DIYs, and so much more. Gardner decided to follow in suit, establishing an outlet for herself in which she would be able to express and convey everything she felt so passionately about. Thus, SG Style was born.

Having never been a fan of the white wall movement, Gardner prefers to take a more colorful approach to her work: African motifs coupled with European and island-inspired accents stand in as the dominating sources of influences within her creative undertakings. In a market where the streamlined aesthetic of Scandinavian design has reigned for so long, her style is refreshing.

For Gardner, one of the most rewarding parts of her work thus far is the readers who have been touched by her work, citing the happiness in moments where “someone takes a chance to do something they would have never had the courage to do so.”

On where she seeks inspiration, Gardner attributes the world around her—everything from the people in her life and the places she’s traveled to, to the books she has read and the latest ideas she found on Pinterest. As for the latter, Gardner notes that the platform is a helpful tool for fine-tuning an idea.

When it comes to her own space, a few years ago, Gardner and her family traded in their builder-grade home in favor of a charming bungalow, roughly half the size, at 1,200 square feet. Her dream project? Adding on a master bedroom and bath—a task that would require Gardner to build from the ground up.

“We bought this house with the intention of growing in it. It would provide us with functionality for our daily lives,” says Gardner of their downsized dwelling. (Be sure to follow along during the renovation!)

“I would also love to work on a home for veterans, especially misplaced veterans in the community,” notes Gardner, who herself is a veteran. One thing that is clear, Gardner is all about giving back. Recently, along with her business partner, Gardner hosted a nationwide giveaway where one lucky winner was awarded a full room makeover. In January, Gardner will head to Memphis, to surprise the winner with an ultra fab redesign. Giving back never looked so good.

Read on for more inspiring stories: