the best music to play for your in-belly baby. 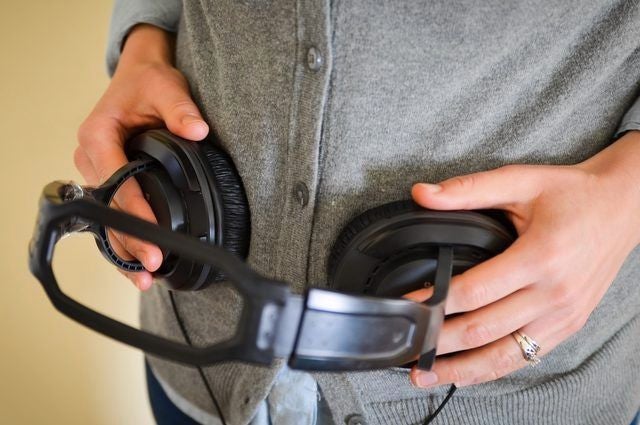 Playing music for your baby while in utero is a great way to introduce him or her to all the tunes you love. As any High Fidelity fan knows, the stakes are high for making a mix tape; it’s a challenge not to get sucked into a whirlwind of musical nostalgia. We took on the hard work to give you a 14 song starter list that is by no means exhaustive, but covers some of the classics as well as a few that are suitable for your current gestation situation.

Becoming a parent doesn’t have to mean the end of stunning guitar solos, a killer  intro riff, or an obsession with 80s rock bands. Start off with this Guns N’ Roses  classic to get your little one rocking.

Pretty much anything by James Taylor will help baby mellow out. This lullaby/cowboy crooner hybrid has long been a favorite both of listeners and Taylor himself: he’s played it in almost every concert since recording it in the 70s.

All You Need Is Love

In the movie Sliding Doors, a character remarks, “Everyone’s born knowing all the Beatles lyrics instinctively. They’re passed into the fetus subconsciously along with all the amniotic stuff.” We’re inclined to agree, but stay on the safe side and keep  John, George, Paul, and Ringo in the rotation.

The unmistakable bass line and irresistible vocals of Under Pressure make the song distinctive, yet so catchy that it inspired more than a few imitators. Yes, we’re looking at you Vanilla Ice.

A little Motown girl power for you and the baby-to-be from the Supremes. Warning: once you actually have your baby, you may find yourself speaking to him or her in this breathy, cooing way more often than you ever imagined.

Staying active while pregnant helps keep you and your baby happy and healthy. With this Stevie Wonder classic it’s impossible not to get your groove on.

Despite the fact that this song was played and played (and perhaps played some more), when it was first released, we still find ourselves smiling and dancing when ever it comes on. Keep it on hand to remind yourself of the good stuff in life, especially during those early, sleep-deprived months with a newborn.

As unbelievable as it seems, your baby is actually going to change and reinvent herself in her first year of life more times than Madonna has in her entire career. We fully support a continuing Madge education, but for starters (since your current situation is more “Papa, Don’t Preach” than “Like a Virgin”), try “Into the Groove,” “Ray of Light” or the extremely fitting “Crazy for You.”

Pregnancy and its accompanying worries can be stressful, but Bob Marley and the Wailers are here to provide some much needed reassurance, courtesy of a musical pep talk: Don’t worry about a thing. Every little thing’s gonna be all right!”

Tom Petty’s songs run the gamut in their moods, and among our favorites is the timeless “Wildflowers” from the album of the same name. Simple and sweet, this song manages to capture much of what we hope for our baby.

Face the fact that becoming a parent has a 98% odds of turning you into a complete sap. This song by Elton John taps into that burgeoning, blossoming feeling of love. We’d also recommend “Tiny Dancer” for that little nugget currently doing in-tummy pirouettes.

We can’t actually pronounce most of Icelandic band Sigur Ros’s other songs, but their dreamy, calming music sounds the way we imagine floating around in the womb feels. Play it at night when you lie down for bed (i.e. when baby thinks it’s party time) for some settle-down mood music.

An Elvis favorite and, yes, another slightly sappy selection, but we had to include a song from the King. Upper lip snarl optional.

A Case of You

Joni Mitchell’s haunting voice and lyrical craftswomanship are on display throughout her albums. “A Case of You” might be about love lost, a topic Joni frequently delves into, but we hope your little one develops an early love for this influential female musician and her emotional range.