our top 10 leo moments ever

dicaprio's finest roles in honor of the impending oscars. 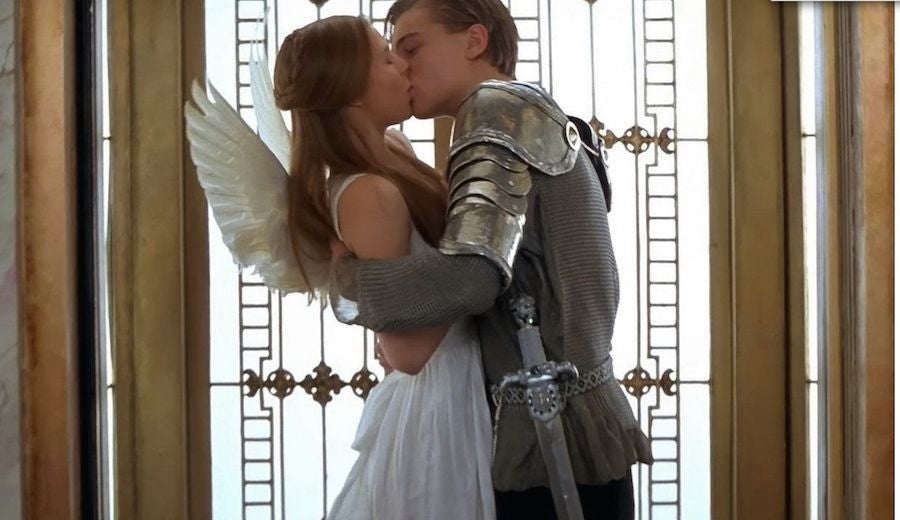 Although the Oscar has eluded Leo, he’s won the hearts of millions across the globe for his shape-shifting roles and firmly established himself in the Hollywood elite long ago. Whether playing characters living the high life or struggling along, he uses his well-practiced charm and irresistible grin–not to mention some serious acting chops–to create characters that stay with you long after the credits are over. Here are 10 of our favorite Leo roles to get you psyched for Oscar night and (hopefully) Leo’s long-anticipated win.

Watching Leo as a dashing, penniless artist in Titanic was seeing the birth of a full-fledged superstar. The fact that he and Kate Winslet are still besties who pal around at awards ceremonies together is icing on the cake.

We might have gone to this movie because to see star Johnny Depp, but it was a young Leo who we couldn’t keep our eyes off of. Playing an intellectually challenged young man in a dysfunctional family, Leo won our hearts with his realistic and heartbreaking portrayal.

In his first Baz Luhrmann film, Dicaprio took the titular role in the adaptation of the Shakespeare classic. The film, at turns frenetic and contemplative, played to our teenage angst perfectly, and Leo’s doomed Romeo set our high school hearts aflutter.

Few actors can do the “charismatic yet secretly vulnerable” act as good as Leo, as evidenced by his turn as the tragic and troubled Jay Gatsby. Boosted again by Baz Lurhmann’s amazing set and dashing costumes, Leo shines and sparkles…until his carefully constructed life collapses after the return of an old love. If you want to see Leo in the role of another billionaire with a backstory, try The Aviator.

Blood diamond smugglers don’t often make for the most beloved leading men, but the about face done by Leo’s character as he comes across a rare diamond (and the fisherman who found it) makes for a layered performance about a serious issue.

As an undercover South Boston cop, Leo faces off with a crew of heavy-hitters including Jack Nicholson and Matt Damon in this tense, bloody, and artful gangster movie. Leo’s a little rough around the edges in this movie-just the way we like him.

Frank Abagnale Jr., Catch Me If You Can

Somehow Leo makes even a con man sympathetic and relatable. It’s hard to believe that this story of a teenager who posed as a Pan Am pilot, a doctor, and a lawyer and who was a master check forger is actually true, but Leo’s baby face and charm lend believability to the character.

Leo’s character slips into people’s dreams to steal their ideas and secrets (which doesn’t exactly sound like such a bad deal: he has an open invitation into our heads). Tasked with planting an idea in someone’s head while they are in a subconscious state, Cobb slips into dangerous and high-stakes territory.

Himself, The 11th hour

Leo has been a dedicated environmentalist while many other celebs play at the philanthropy game. He narrated this documentary about climate change and continues to make sizable donations to environmental causes.

This is the role that might (finally) earn Leo that shiny gold statue. As a fur trapper and frontiersman on an exploration trip in the 1820s, Leo’s character is attacked by both man and bear as he struggles to seek revenge on those who have betrayed him.