movies to watch before spring training

10 baseball films to signal your favorite sports season is coming up... 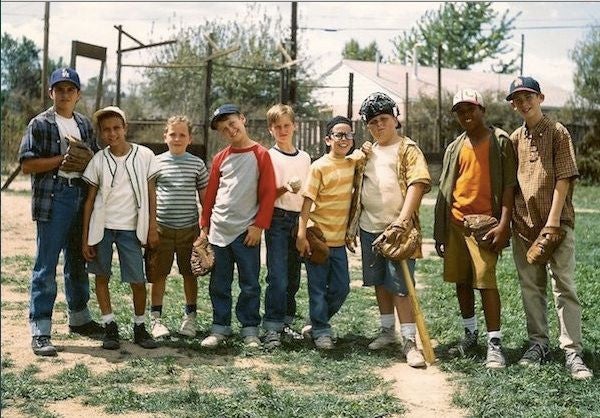 Field of Dreams Known as the film most likely to make even macho men cry, Field of Dreams remains the gold standard for baseball movies. Touching, magical, and inspiring, even viewers who couldn’t care less about baseball will remain riveted.

Fever Pitch Jimmy Fallon is Ben, a normal-seeming schoolteacher, whose obsession with the Red Sox takes over his life each year during baseball season. Enter Drew Barrymore’s funny, winning, workaholic executive Lindsey, a woman who knows and cares nothing about baseball, but who may be just the person to get Ben to see that life is bigger than baseball season.

42 Jackie Robinson became the first African-American man to join Major League Baseball in the 20th century when he was signed to the Brooklyn Dodgers in 1947. 42 focuses on his early career and his perseverance against the racism he faced on the field and off.

Moneyball Brad Pitt stars as Billy Beane, the general manager of an underdog baseball team who enlists the help of a “numbers guy” as his assistant to scout potential players and evaluate current ones using an innovative sabermetric approach. Choosing underperforming players with lower salaries and uniting the team, Beane changes the way baseball players are picked and managed in this acclaimed film (and in real life-the movie is based on a true story).

The Sandlot If you grew up in the 1990s, chances are you saw this endearing movie about a new kid to the neighborhood who becomes a part of a ragtag local baseball team.  Haven’t seen it? You’re killing us, Smalls! Taking place in 1962, The Sandlot is a nostalgic trip back to screen-free times when best buddies and memories were made while getting involved in innocent summertime adventures.

The Natural Roy Hobbs (Robert Redford) had a promising baseball career before disaster struck. Now middle-aged and forgotten by the sports world, he arrives to help a losing team turn their streak around…with the help of a magical bat.

Bull Durham Annie (Susan Sarandon) is a baseball groupie who chooses one promising minor league player from the Durham Bulls each year as her “project”. The object of her affection for this season is Ebby, an immature yet talented pitcher who is also being coached by Kevin Costner’s character, a veteran minor leagues player. As both Annie and Crash try different approaches to bring Ebby up to his full potential, sparks fly between them as well. Still hungry for yet another Kevin Costner baseball flick? Try For the Love of the Game.

Million Dollar Arm Jon Hamm is a self-hating, smart suit-wearing, big drinker in this film, but we promise his character is much different from Don Draper. As J.B.Bernstein, a real-life sports agent desperate for new clients after all of his retire, Hamm goes to India to find and cultivate untapped baseball talent.

Major League The new owner of the Cleveland Indians assembles a horrible team so that, following a dismal season with few spectators, she can move the team to Miami. When the team catches wind of her plan, they rally against all odds to defy her.