Fom Mamma Mia! to Steel Magnolias, these are the best flicks for a mother/daughter film fest. 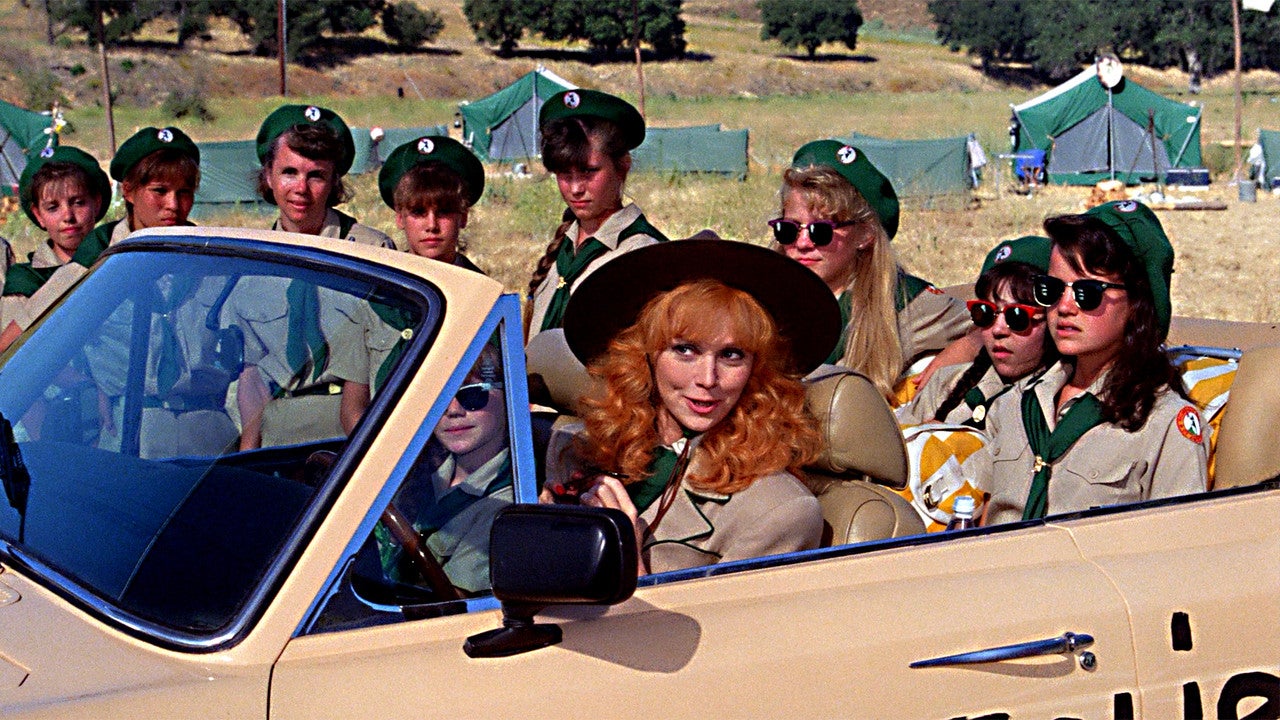 After a sumptuous brunch or mother/daughter pampering session, wind down your day with a movie that pays tribute to the unbreakable and always complicated bond between mother and child. We rounded up a list of 10 great films so that you don’t have to spend your precious time together scrolling through the on-demand menu or rifling through a dusty DVD collection. With comedies, dramas, and even a musical on the list, we’ve got something for whatever mood you and Mom are in.

The Kids Are All Right

Nic and Jules (played by Annette Bening and Julianne Moore) are a longtime married lesbian couple and mothers to two children by an anonymous sperm donor. When their teenage son encourages his 18-year-old sister to find out the identity of their biological dad and meet him, the entire family dynamic is thrown for a loop.

A community of small-town Louisiana women comes together to support each other by celebrating good times and providing strength to each other in the face of tragedy. Pick up a box of tissues for every viewing—and possibly each viewer—of this classic. It’s perfect for a good sobfest (with some laughs and plenty of quotable lines thrown in for good measure) with mom.

Pedro Almodovar’s movies never fall into traditional categories, and Volver has some ghost story vibes and magic realism elements mixed in with comedy and drama. Despite its genre-defying characteristics, the foundation of this women-centered flick is in the way it poignantly tackles themes of family and motherhood.

Although Elizabeth Bennet and Mr. Darcy’s relationship is the fulcrum of Jane Austen’s book (and all movie adaptations), harried, intriguing, and amusing matriarch Mrs. Bennett moves the story along, sometimes in unintended ways. As the mother of five(!) unmarried women with uncertain futures in the nineteenth century, her nagging, willingness to embarrass herself for the sake of her daughters’ futures, and her desperation to see them wed (combined with her sadness when her plans succeed) is moving and identifiable.

Over-the-top and outrageously fun, Mamma Mia! was adapted from the hit musical with a constellation of stars: Meryl Streep, Pierce Brosnan, Amanda Seyfried, and more. A bride-to-be determined to find out the identity of her father invites three men to her impending nuptials on a gorgeous Greek island. Hijinks ensue, all accompanied by ABBA tunes.

Diane Keaton portrays Erica, a successful writer who has sworn off romance. Her daughter brings Harry, a much older man and well-established lothario, to their beach house for the weekend, but an unexpected and comical turn of events result in Harry and Erica spending time together and questioning their respective views on love. Craving more Keaton? Give Because I Said So—a so-bad-it’s-good flick also starring Mandy Moore—a try.

Search no further than the beloved and silly Troop Beverly Hills if Mother’s Day calls for lighter film fare. A hapless and deliciously posh Hollywood mom in the midst of a separation takes control of her daughter’s Wilderness Girls troop. The new den mother may be untraditional, but her optimism and ingenuity end up being some of the most powerful lessons for survival in the wilderness and in life.

When it’s movie time with little ones, animated films like The Incredibles are always a hit. Holly Hunter voices Helen Parr’s character, a former superhero named Elastigirl who becomes a suburban wife and mother to three kids. When her husband (another former “super”) goes missing, Helen is forced to don her superhero duds again and spring into action.

Divine Secrets of the Ya Ya Sisterhood

The ever-likeable Sandra Bullock stars as Siddalee Walker, a New York-based playwright who is estranged from her mother and struggling with commitment in her own relationship. When Sidda is “kidnapped” by her mother’s lifelong friends and taken back to Louisiana, she learns the history behind her mother’s confusing, volatile, and upsetting behavior and begins to make amends with both her mother and her own childhood.

Forrest Gump spans decades and covers foreign wars, civil conflicts and rights movements in the United States, and an unconventional love story. Against the ever-evolving backdrop, the affection and devotion Mama Gump has for her extraordinary boy never changes. Neither does her strength and conviction for raising her son right.

This Year’s Oscar Films Are Inspiring Interior Color Trends 80s Movie Sets We Want IRL 10 Comfy Spots For Movie Night (And How To Re-Create Them!)