Relive these bold color moments through these style-focused finds. 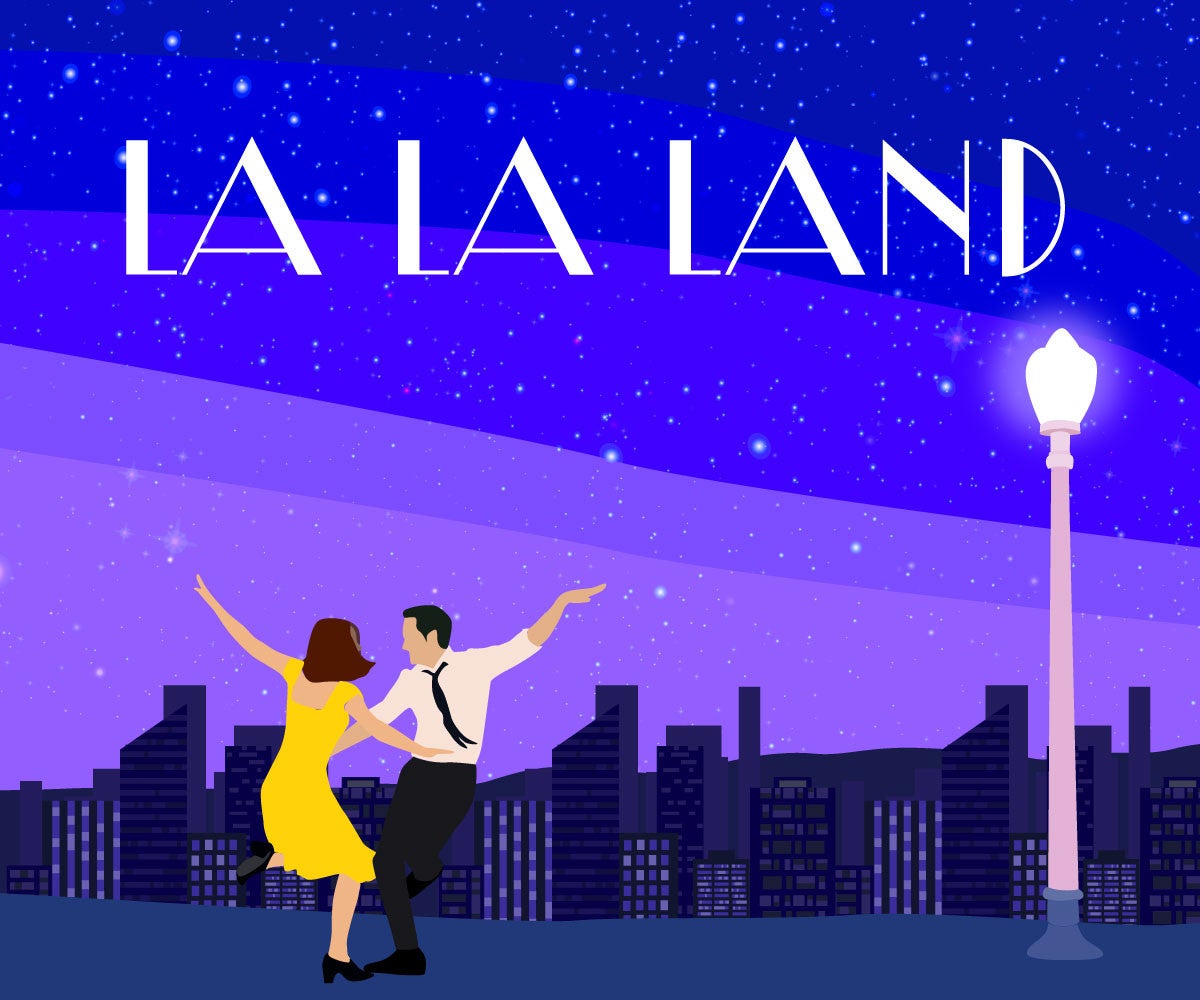 With the Academy Awards around the corner, we sought out inspiration from four films whose stunning display of color translate into an integral aspect of the visual storyline. For as vastly different as each one of these stories are, their graphic qualities are just as distinct. Read on to discover how to bring the inspired palettes of these films into your space!

La La Land may have drawn in audiences with its captivating score, but its alluring cinematography earned plenty of acclaim on its own. The animated scheme of the film exudes a dream-like effect, emulating the broad spectrum of colors present at twilight. The seamless transition between the vibrant yellows into the more saturated blues and violets bring about a dynamic aesthetic of dominating shades.

We’re all for styling an entryway that channels the vivid hues reminiscent of the spirit of the film. A wordy coat hanger steals the spotlight, complemented by the saturated pastels found within the modern pendant and decorative accessories.

Mysterious spacecrafts descend upon Earth, and what follows is a series of attempts in establishing a method of communication with the foreign visitors. While this sci-fi film goes on to challenge all pre-conceived notions of time and interpersonal contact, we couldn’t help but be inspired by the moody and understated palette of the feature.

Following in suit with the futuristic nature of the film, our top picks incorporate an exclusively modern aesthetic void of color. Timeless grays and matte blacks take the lead in the form of structured furnishings that come elevated by streamlined details, bold materials, and edgy compositions.

This psychological thriller profiles a gallery owner consumed by her ex-husband’s novel, masked as a violent promise of revenge. Directed by Tom Ford, the artistic approach to the cinematography indulges in the neo-noir qualities of the film, incorporating a range of emotions emulated through a reserved tonal spectrum.

We’re taking major color cues from the refined palette of Nocturnal Animals. Our finds are dominated by a vibrant red that is saturated in tone and refined in nature. A grand two-seater sofa stands in as the focal point, paired with a similarly-toned coffee table and chic storage vessels.

Manchester by the Sea

An unthinkable tragedy sets the scene for this drama, situated in the eponymous New England town. The palette of the film draws upon the organic amplitude of tones of the sea, clouded by the melancholy premis of the plot.

Taking on the transparent characteristics of the sea, we’re vying after the translucent, tinted to embody the blue-green nature of the water. Our finds put forth untraditional approaches to the ordinary, incorporating bold geometric figures in design and style.