So You Want to Open a Bed-and-Breakfast

Here’s what real innkeepers have to say about that. 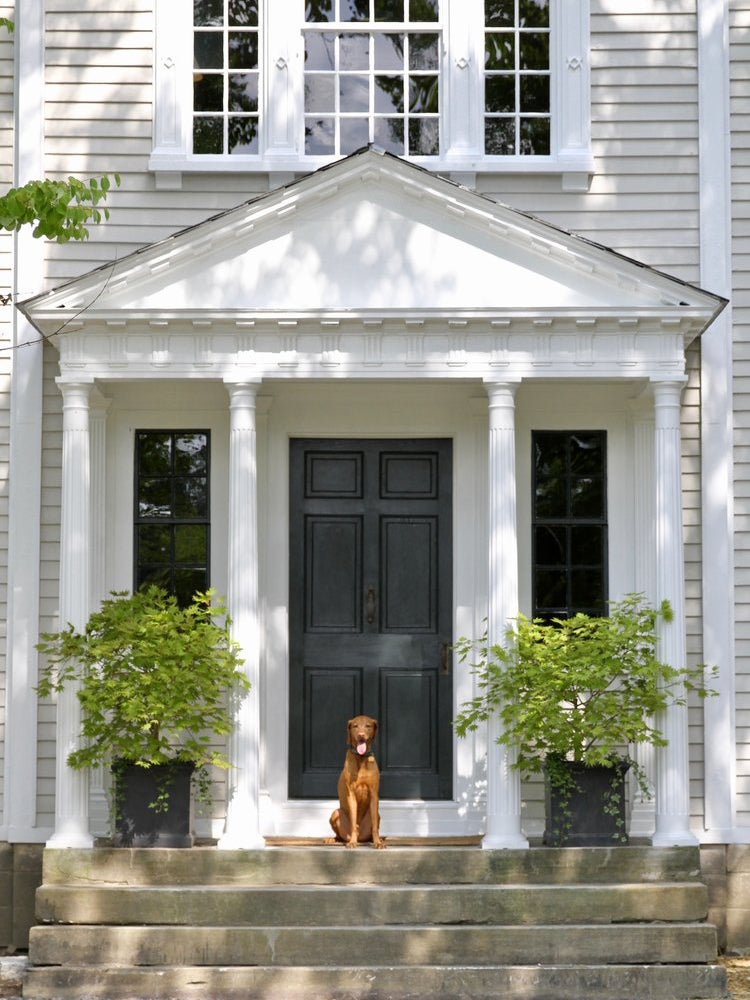 courtesy of the inn at kenmore hall

It happens in a wine-fueled montage. Gabriela, a San Francisco–based architect played by Christina Milian in the Netflix original rom-com Falling Inn Love, applies online to win a historic inn in New Zealand. Equipped with a few bottles of Pinot Grigio and nursing the wounds of a fresh breakup, she spontaneously enters an essay contest that pops into her in-box, writing that she deserves the quaint B&B because “I’m ready for four walls and a roof where I call all the shots.”

In the morning, she awakens to see that she’s won. Shortly thereafter, she makes the lengthy trek to New Zealand, and over the course of the movie, falls in love with a local; reimagines the shoddy inn as a modern, eco-friendly haven that Bobby Berk would give a thumbs-up; and realizes that, hey, maybe this is the life for her after all—thus abandoning her initial plans to make the inn “run itself” so she can go back to San Francisco.

The allure of innkeeping has been captured in American pop culture for almost 80 years, spanning from Irving Berlin’s 1942 film Holiday Inn to Lorelai Gilmore’s long-brainstormed Dragonfly Inn to this Netflix cornball. The reality, though, is far more full-systems-go than these fictional stories depict (think: carrying your heaviest loads of laundry up three flights of stairs several times a week). So why is it that this career path has kept its irresistible allure?

Innkeeping Is the Ultimate Do-It-Yourself Career

For one, innkeeping allows people to combine their interests into a single dream job. Just take a look at longtime restaurateur Scott Edward Cole and former J.Crew department head Frank Muytjens, who transformed a Georgian mansion in the Berkshires into a B&B, the Inn at Kenmore Hall. “Early on in our relationship, Frank and I discovered that we shared a dream of opening an inn,” Cole says. “Really, it’s the perfect aggregate of many of our shared passions: interior design, cooking, gardening, and entertaining.”

Inns can also be a path to fulfilling a bigger ambition. After working in sustainable agriculture advocacy for a number of years, Ash Bruxvoort saw that bed-and-breakfasts could be used to diversify farm income. So when she opened Thistle’s Summit, a new B&B in Mount Vernon, Iowa, with her partner, Marti Payseur (and their dog, Thistle), she made room to plant her own homestead (or as the LGBTQ+-friendly business lovingly dubs it, a homostead).

Tyler Waterson and Tiffany Danse, on the other hand, literally won their jobs as innkeepers of East Brother Light Station in the San Francisco Bay Area (yes, those contests are a real thing). “We have such a unique location and situation, with the island only being accessible by boat, that it truly is a once-in-a-lifetime experience for a lot of people,” Danse explains. “To be able to show them such a special time and help them create lifelong memories is very rewarding.”

It’s a Way to Get Your Dream Home

If you plan it well, you won’t only get a creative, engaging job, but also an unbeatable place to go to sleep every night. This was top of mind for Monique Greenwood, who co-owns Akwaaba Inns with her husband, Glenn Pogue, when they bought their property in 1995, a mansion dubbed “the haunted house” by kids in her Stuyvesant Heights, Brooklyn, neighborhood. They lived in the building as they restored it into a four-room B&B—all while Greenwood managed her not-so-insignificant job as editor in chief of Essence.

Eventually (after checking into someone else’s bed-and-breakfast for some much-needed reflection), Greenwood decided to resign from the magazine and take on the role of innkeeper full-time—and full throttle: Akwaaba now has five different properties in Brooklyn, Washington, D.C., Philadelphia, Cape May, and the Poconos. “I wanted to have a home that I love, in a city that I love, for each season of the year,” Greenwood says. “Which was a very audacious goal for a girl who didn’t sleep in a bed by herself until she was 22—my sister was always sleeping next to me!”

But admittedly, it’s not always quite so glamorous, as Tiffany Poe, co-owner of the Grandview Inn B&B in Osage County, Oklahoma, admits. “We lived in the attic for the first four years,” she says. “People would see this beautiful, Colonial-style home, and they’d say, ‘Oh, my gosh, it’s so romantic, isn’t it? What is it like to live in that mansion?’” Poe and her family eventually moved out into their own space and are hoping, as a matter of fact, to pass the inn on to new owners through none other than an essay contest.

The Challenges Are Real, but Rewarding

Running an inn comes with all the hardships of opening your own business. “I can’t say that it’s any less stressful than being an editor in chief. I still feel the pressures of deadlines,” Greenwood says. “But I absolutely love what I do. I love the dance of making sure that everybody is happy. It works for me the same way magazines did—at the end of the month you’ve made something real and tangible.”

A lot of behind-the-scenes work goes in to running a B&B. Case in point: Cole and Muytjens’s race to get their inn ready for a full house of friends before they had officially opened. “They knew they were coming on our ‘maiden voyage,’ but we had painters and electricians still working as our guests began to arrive.” Cole says. “We were, more than anything, relieved that it all went remarkably well.”

Because innkeeping involves more face-to-face interaction than, say, a boutique hotel or even an Airbnb, there’s room for some humanity—which Waterson and Danse also received while hosting their very first visitors in the lighthouse just two days after moving in. “We’ll always remember their kindness and generosity, telling us ‘you can cheat a little’ when they learned that everything is homemade on-site,” Danse says. It’s the people—guests and hosts—that make innkeeping so special.

Making Friends Is Part of the Job

It’s safe to say that the Dragonfly simply wouldn’t have the same draw without loquacious Lorelai Gilmore fluttering through its halls, and even Bellbird Valley Farm of the oh-so-cheesy Falling Inn Love wouldn’t be the same without its lovebird co-owners. An inn isn’t quite an inn without its innkeeper.

Just like hotel managers, they need a strong eye for detail and the ability to anticipate a guest’s requirements, but they also need to be social. That’s why Poe, a longtime educator, is using a rubric to judge the essays of those vying for their chance to take over her inn. “They’re very open-ended, soul-searching questions. What we’re looking for is someone who really loves people,” she says.

At her inns, Greenwood added long breakfast tables where strangers can become friends, hosts teatimes and happy hours, and even challenges visitors to the occasional group game. “We see guests connect with people they’re just meeting, and when they leave, they exchange phone numbers,” she says.

Of course, there are B&B options that are suited for introverts, too—like Spruceton Inn, a bed-and-bar in the Catskills opened by husband-and-wife duo Casey Scieszka and Steven Weinberg. “If you want quiet and solitude, we got you—we’re set on eight acres in the middle of the Catskills Park, five miles down a seven-mile dead-end road with no cell service,” Scieszka says. Had your fill of alone time? “Folks post up at our itty-bitty bar and make fast friends. Next thing you know, they’re all grilling dinner and sharing their s’mores supplies.”

Inns Are for Everyone

The kinds of gatherings that B&Bs foster go beyond just icebreakers and small talk. There is also a unique opportunity to connect on a deeper level—which is something that’s especially important to Payseur and Bruxvoort. The couple opened Thistle’s Summit to create a safe space for the LGBTQ+ community, knowing firsthand the discomfort, and sometimes danger, they can face while traveling. Since opening, they’ve had chats with guests about everything from the Iowa caucuses to what it’s like being gay in the Midwest. “We wanted to be able to show people that we are not as divided as we feel, and that we can heal some of these divides through honest conversation and honest food,” Payseur says. “Community happens when folks can feel like the space was designed for them, that they are welcome, and that they are not just a guest but worthy of our time, attention, and care.”

To Greenwood, who runs an aspiring innkeepers workshop three times a year (it always sells out), the more bed-and-breakfasts there are in the world, the better. “We get more people of color, more people of younger ages, and all of that’s great because I believe at the end of the day, a B&B is very reflective of the host,” she says. “When you walk in, it should say something about the person who’s opened their home to you. And that’s what makes it such a special experience.”

See more career stories: This Is How Much You Can Make Flipping a House This Is the First Thing Shea McGee Notices About a Résumé I Left My High-Powered Job at Apple to Start Making Art Out of Knots