It’s coming for greige next. 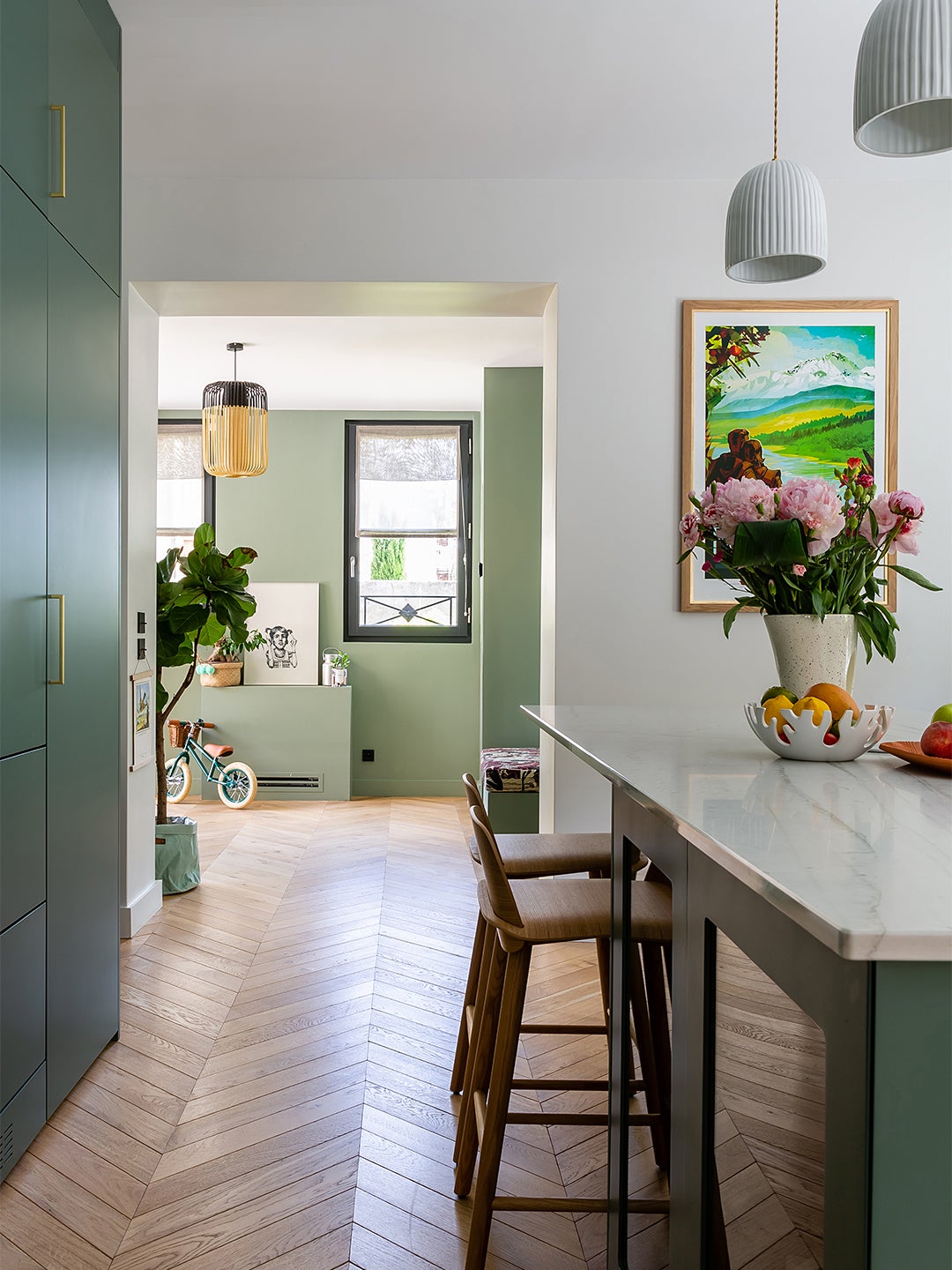 First, it was sage mayhem. Nearly every kitchen renovation we saw last year featured the soothing gray-green, from a modern London space that paired the hue with a heavy dose of coral to a tiny Toronto rental that also got a stick-on backsplash upgrade. Then we leaned into dusty clover, a sprightly shade that felt especially fitting for spring. So what’s the status of green in the kitchen now? We’re going a few tones darker, according to new U.S. sales intel from Copenhagen-based kitchen cabinet maker Reform.

In 2021 so far, the brand’s most popular linoleum colors are mushroom, olive, and smoky blue, whereas in 2020 it was mushroom, smoky blue, and then olive. Put simply, the dark green hue is outshining classic navy and quickly catching up to the best-selling neutral, which resembles a creamy greige. Don’t have the budget for the company’s semi-custom cupboards? You can still get in on the up-and-coming trend with these paint swatches.

When paired with black and white ceramic tiles and brass hardware, this hue reads as retro-cool (Chris and Claude Co. used the shade in its ’60s-inspired home reno).

“The color has a neutral feel thanks to its slightly gray undertone,” says designer Bria Hammel, who used it in a client’s 1890s kitchen. The hue fit in so well that they chose to use it throughout the rest of the home, incorporating it to paint the breakfast nook’s millwork, first-floor bathroom, and fireplace. We are green with envy, to say the least.