Even Eva Chen has them in her home. 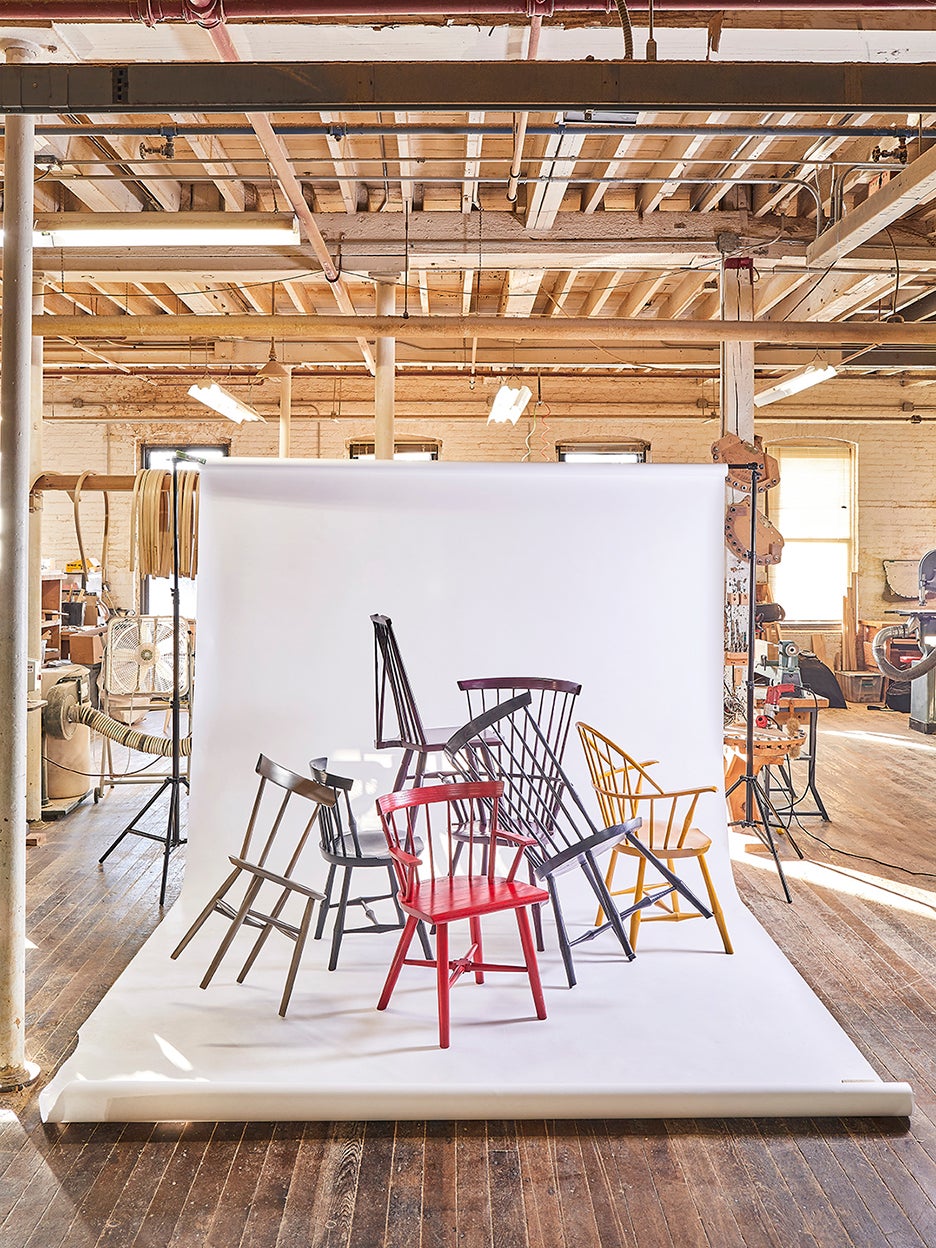 When Jonathan Glatt cofounded O&G Studio in 2009, he had one mission: “To make people stop and look at the Windsor chair again,” explains Glatt, a Rhode Island School of Design graduate. It’s not that the 18th-century style—recognizable for its spindle-lined back and presumably named after the British town where it was first traded—had disappeared, but over the years new seating options (from the likes of Eames and Starck) took its place in the canon.

And even though O&G now makes dressers, tables, and light fixtures, it’s the traditional chairs that will always demand the rawest talent because, as Glatt puts it, woodworking a Windsor requires “the eye of a sculptor and precision of a cabinetmaker.” While O&G’s handcrafted versions are nods to the Windsor’s history—George Washington was apparently a fan—Glatt put his twist on the genre with a range of 30 rich stains, from Oxblood Red to Turmeric Yellow. (Glatt is partial to azimuth, a deep navy that’s “good any day, anywhere.”)

The result is a mix of old and new. “We construct our chairs using techniques that have been more or less unchanged for centuries, with a few ingredients all our own,” says Glatt. “If you took a chair from every 10 years in the history of American design and placed it in a flipbook, you’d see it morph and change over time due to those special ingredients. We’re the next page in that flipbook.”

If getting people’s attention was the goal, it’s fair to say O&G has achieved it. Instagram’s head of fashion, Eva Chen, has the brand in her cottage, and designer Carmeon Hamilton riffed on a Windsor in a recent kitchen refresh at her dad’s house. “I love seeing our work used in places that don’t seem like an obvious, natural fit,” says Glatt. “A beautiful shingle-covered, coastal New England home is a given, but spotting our chairs in a more modern, California-style space is unusual and exciting. Where you put something really changes everything. It’s about using objects to tell a story.” And at the very least, it makes you want to stop and look. Here’s exactly how they’re made.

O&G Studio uses either ash or a combination of hard and soft maple, which both have durability and eye-catching grain structure.

Engage in Some Groupthink

The studio builds the chair’s main players—the seat, legs, arms, bows, and stretchers—before putting them together.

Arguably the most important element comes last: a rainbow-shaped rail that gives the classic bow-back Windsor its curve.

Give It a Color Wash

Paint would cover the furniture’s natural grain, but stains showcase the wood’s intricacies and highlight the detailed joinery.