And a cobalt reading chair to match. 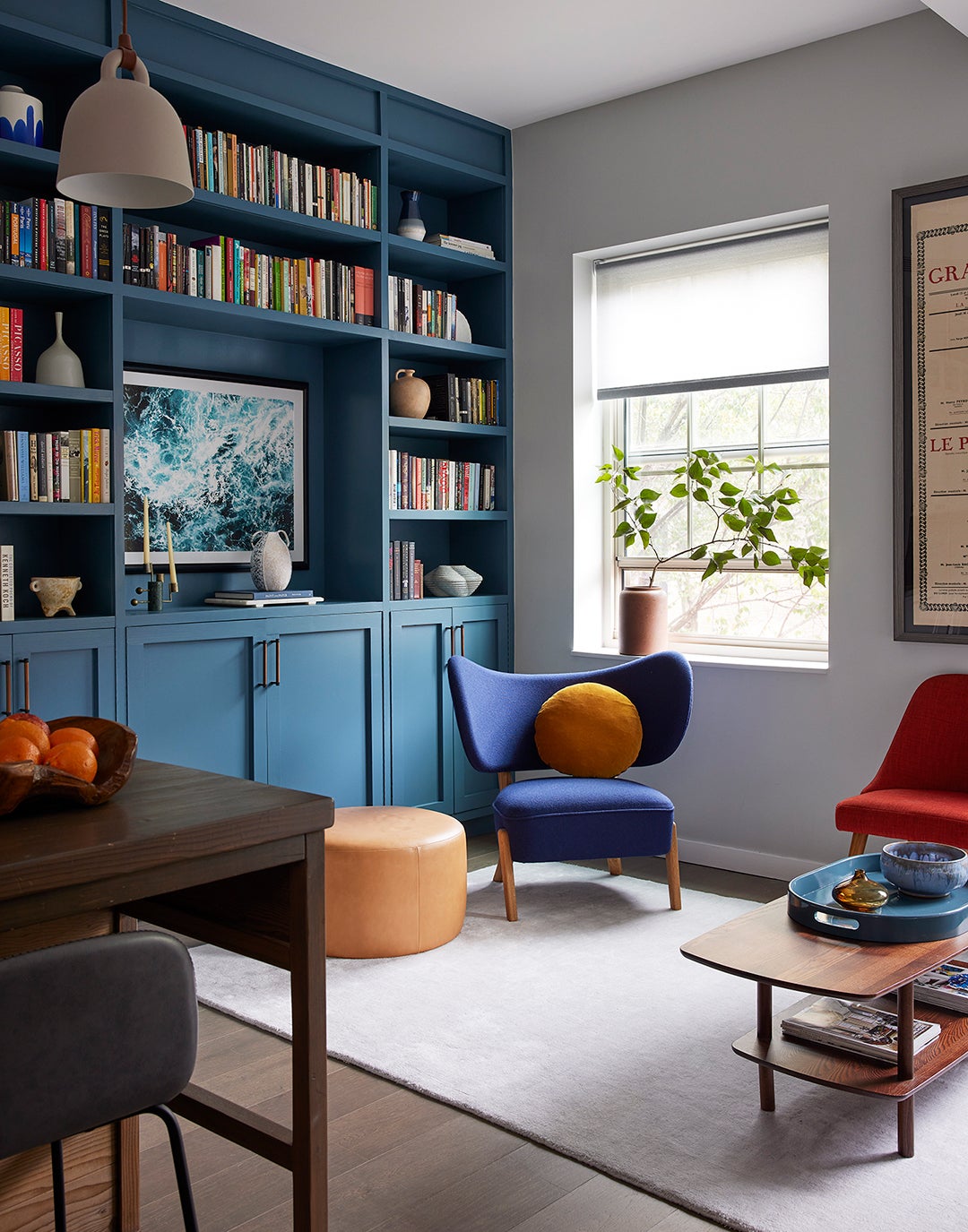 How do you add character to a white box apartment? That was the question interior designer Nina Blair had to answer when she was tasked with revamping a literary agent’s Fort Greene, Brooklyn, one-bedroom in 2020. After stumbling upon a 350-square-foot studio decorated by Blair in the pages of New York magazine, the homeowner became enamored with her use of color and knack for formatting small spaces to function like big ones. He emailed Blair immediately after closing on his new place. “Within five minutes of the consultation, I knew she was the one,” he says.

Despite being a landmarked building, the 1936 brownstone’s interior had been stripped completely of its 20th-century details. Outside the kitchen, which didn’t need any work, there was no crown molding, no original tile, no personality to speak of. “It was nicely renovated, but it was an apartment that could be in any city,” explains Blair. “My job was to breathe life back into it.”

The literary agent had an ever-growing collection of novels—all of which were currently gathering dust in a storage unit. Tackling two birds (architectural detail and much-needed shelving) with one construction project, Blair installed custom, built-in bookshelves and cupboards along the front wall in the living room.

Part of the homeowner’s decision to hire Blair was in hopes she would be able to push him out of his design comfort zone. So rather than leave the shelves white, Blair painted the entire system a bold (yet surprisingly soothing) blue—Deep Dive by Clare to be exact.

Blair ensured the owner it was just paint—he could change it the second she left if he wanted to—but the shade ended up being the jumping-off point for the rest of the apartment. All of the bedroom’s closets, an accent wall, and the sliding barn door connecting the two rooms are swathed in a similar hue, Blue Ivy by Clare, for a subtle contrast.

Other than the color debate, there wasn’t a lot of high-stakes negotiating. “If Nina really pushed for something, I knew it was a moment to trust her,” the owner says, laughing. Knowing he loved mid-century design, Blair ran with the opportunity to put her spin on classics from the era, like a TMBO lounge chair that she reupholstered in a cobalt fabric. The seat, positioned between a window and the bookcases, is now the homeowner’s favorite spot for an after-hours glass of whiskey.

In the bedroom, Blair faced the challenge of making it function for both relaxation and productivity. “A big thing we talked about was how to outfit each space as efficiently as possible,” says Blair. In this case, efficiency meant putting a desk against the window instead of in the more obvious living room—an effort to give the owner physical (and mental) space between where he reads for work and for fun.

Blair wasted no time introducing him to other palettes. To warm up the cooler shades in the bedroom, there’s now a leather headboard, terracotta sheets, and marigold coverlet (the shades tied together all the wood tones of the owner’s existing furniture). Even the bathroom got in on the fun with a shower curtain in sunset shades and an easy lighting swap—the designer trading the pendant’s previous glass globe for a mood-setting chrome one. 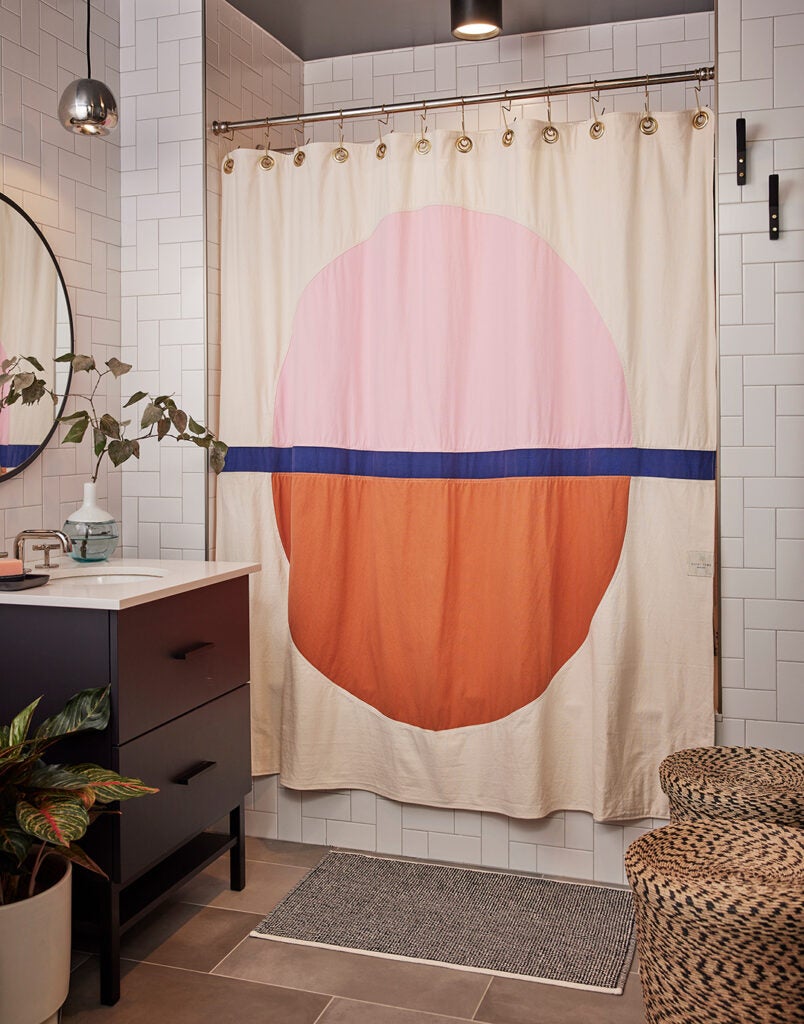 “I recently hosted my first dinner party,” the homeowner recalls. “I was gathered with friends around the island talking, but I was still able to have a full view of the dance party happening in the living room.” Just one more way the home is now brimming with character—or should we say, characters. 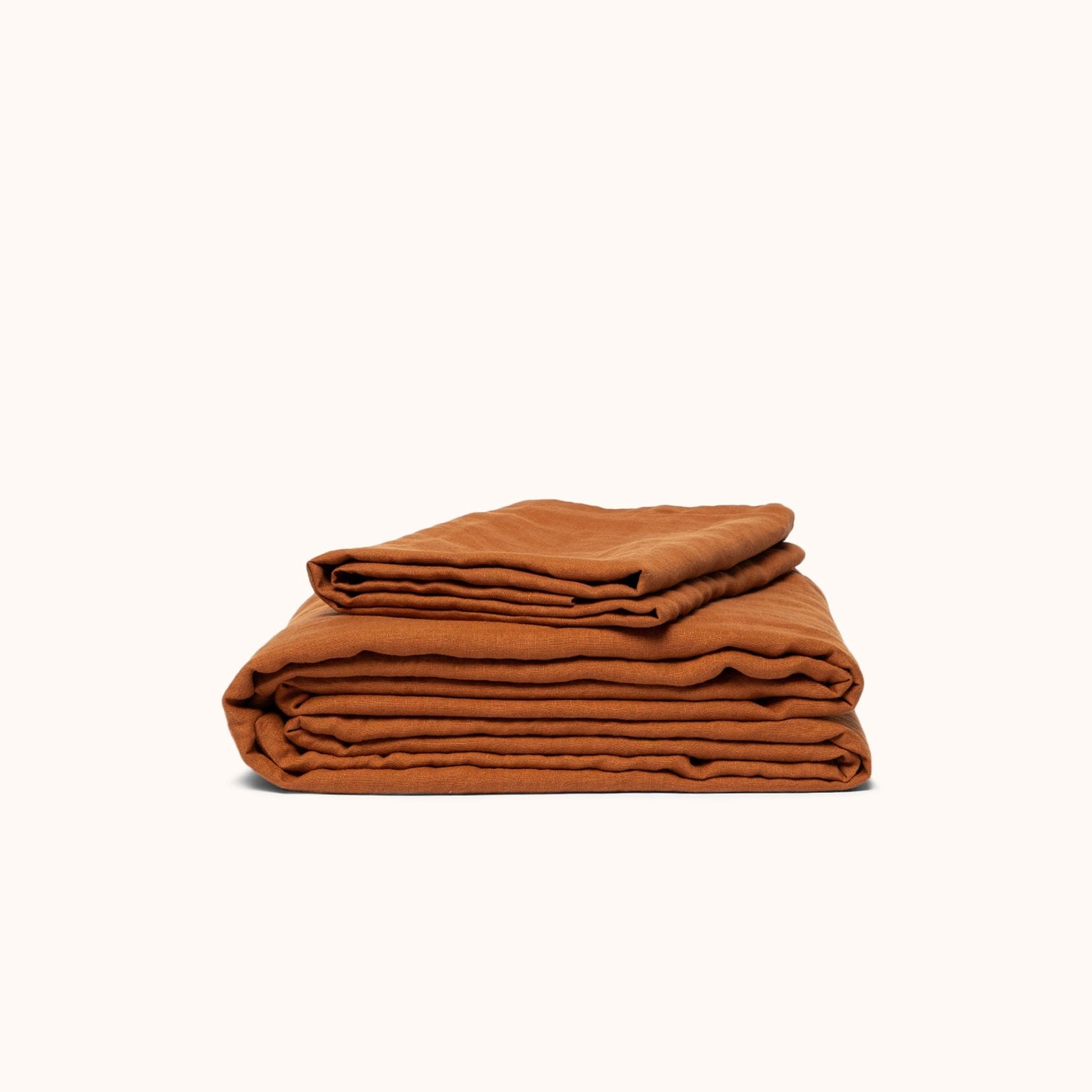 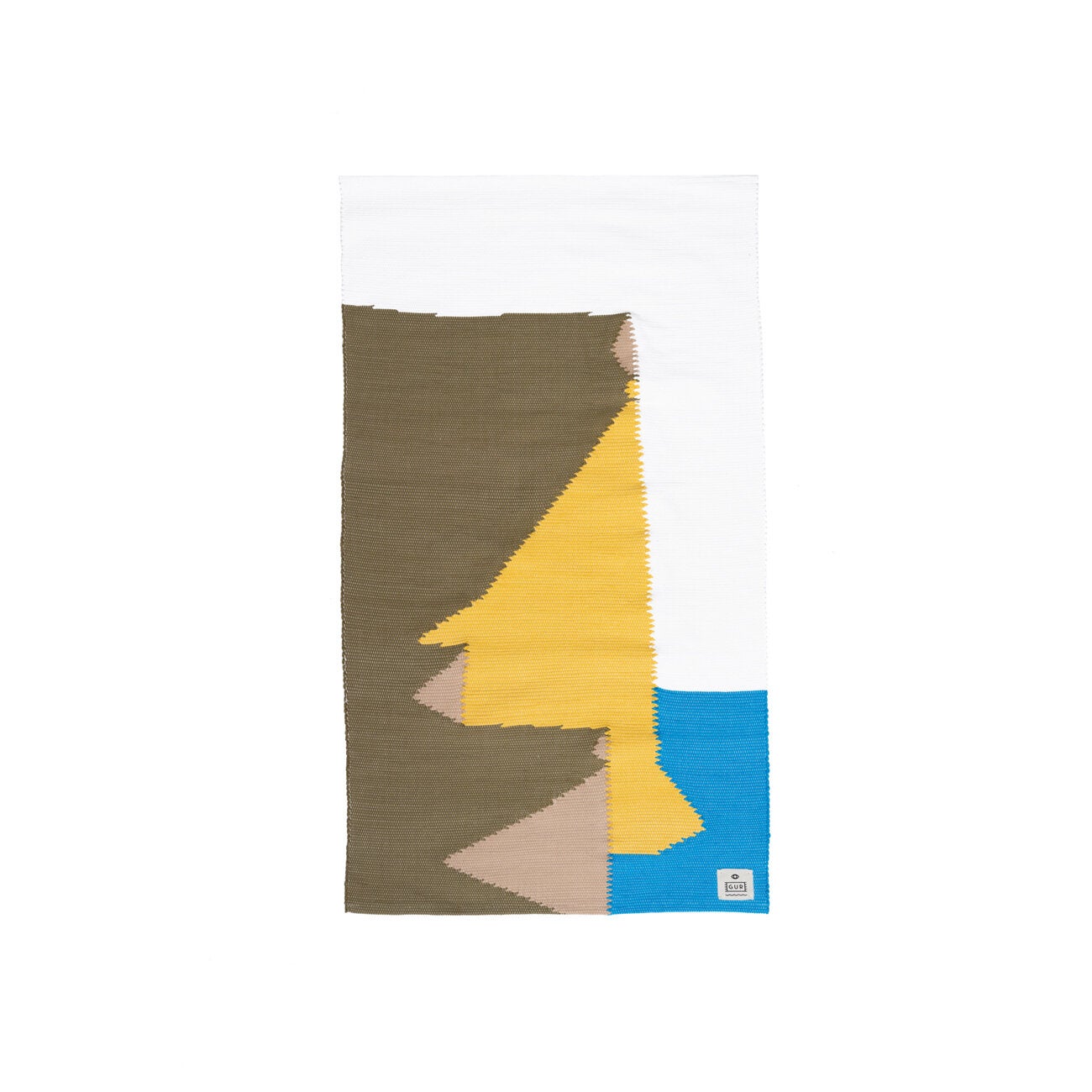