An affordable alternative brings in the color. 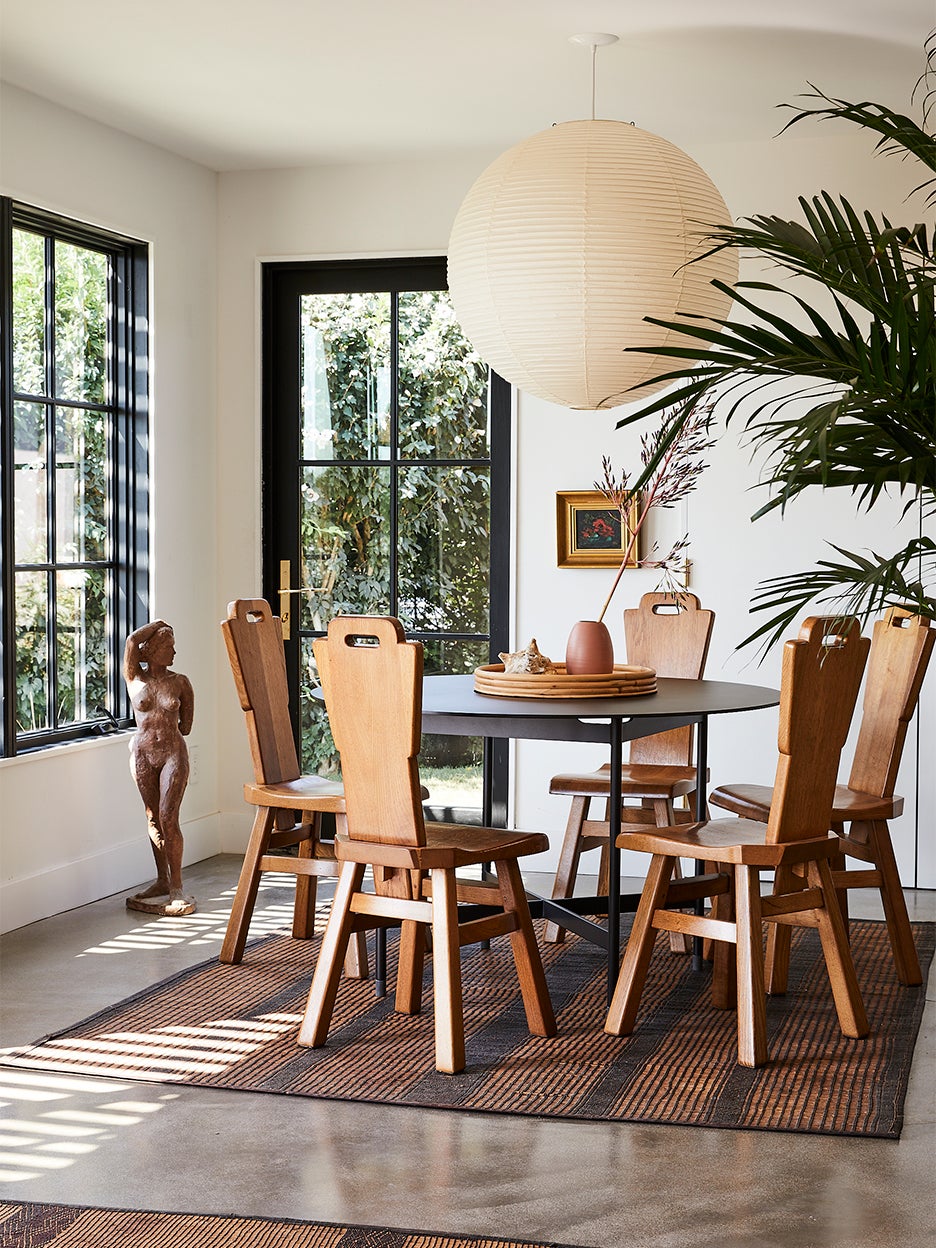 The main thing on Robert McKinley’s real-estate checklist: a warm, fuzzy feeling. “As uncool as that may sound, it’s those magic ingredients that are very hard to replicate or create,” says the interior designer. Three years ago McKinley and his wife, Kate Nauta, started buying up ranch-style bungalows in their local stomping grounds of Montauk, New York, and turning them into vacation rentals. Their latest property had different curb appeal.

“Montauk has these really great concrete bunkers that are perched up above the bluffs,” says the designer, and this one was just a block from the beach with a lush, mature backyard. “It felt nestled and safe.” That’s not to say the 1,500-square-foot structure didn’t need an overhaul, though. The kitchen was closed off to the rest of the house, and the windows were hung so high you could barely see the dunes. But McKinley, who is behind buzzy getaways like upstate New York’s Hotel Kinsley and Laguna Beach’s Hotel Joaquin, saw past the flaws. “All the bones were there,” he says, “it just needed a little confidence boost.”

A strange little shed and a carport got the boot so the designer could create a main suite with a large bath and double doors to the backyard. Salt-and-pepper polished concrete replaced the dated flagstone floors. To let light in, McKinley punched through the ceiling between the rafters to make room for skylights and doubled the window openings, creating a sunroom-like feel. “You get these great ocean views here. The makeover was like telling someone to stand up straight and smile,” he says.

Inside and out, the designer covered walls not in paint but in different colors of limewash by Domingue. “The fact that it’s all natural and nontoxic is a bonus,” says McKinley of the easy-to-apply technique. Even better: It’s super-affordable and creates beautiful depth and patina. A volcanic dark gray shade coats the exterior, inspired by Italy’s Mount Etna, which the property’s street is named after. “It looks pretty monolithic and will weather really beautifully,” he notes. The interior is almost entirely washed in a luminous white, save for a blue-gray guest room that mirrors the ocean’s seafoam hue.

A Coastal (but Not Beachy) Cook Space

“Renovating is like cooking,” says McKinley. “You have to make a meal with what you have.” Here, this meant keeping the plumbing and gas lines in place and reworking the rest. After knocking down the walls that closed off the main hangout area, McKinley crafted a new kitchen from naturally oiled oak Reform cabinets and Smoke of London stone countertops. “You get that contrast between the coolness of the water and the warmth of the sand, and all these textures like stone, driftwood, and seagrass,” he adds.

Overhead, the designer dreamed up a linear LED pendant lamp that doubles as a rack for pots and pans. Instead of a regular stovetop, holes carved out of the island stone hold Pitt burners that appear to almost float above the counter.

A Network of Gathering Zones

“Especially in vacation homes, the kitchen becomes the nucleus of the house,” says McKinley. Given everyone always ends up around the stove, the designer installed loungy seating and a modern, almost spaceship-like Italian Castellamonte wood-burning stove directly across from the island to create room for people to congregate.

Two more zones finish off the living area: a dining spot outfitted with a Noguchi lantern, a Kigumi table, and vintage Pierre Chapo–inspired chairs, and a cozy sofa for napping or admiring the view. “We don’t like to put TVs in the living room,” says McKinley, who designed a small guest room to double as a den instead.

A New Approach to Tile

Laid out differently in all three bathrooms, the rectangular tile is far from basic. In the main shower, brown manganese tiles form a parquet pattern and frame the massive frosted window. “You just want to touch it; you want to be near it. It gives you a little tug on the soul,” says McKinley of the material. A Middle Eastern–inspired emerald Heath Ceramics design lines the second bath’s walls, featuring grout lines of varying thickness.

The last (but not least) bath is swathed in shades of beige. “I found this great photo of soaps in a palette of whites, creams, and wheat,” says McKinley, who used the image for color inspiration and stacked simple subway tiles, which he framed with a rounded edge. Everything in the bunker-like structure is telling its guests to really, truly disconnect from it all—even if just for a few days.