4 Small-Space Ideas to Steal From a Colorful Micro-Apartment 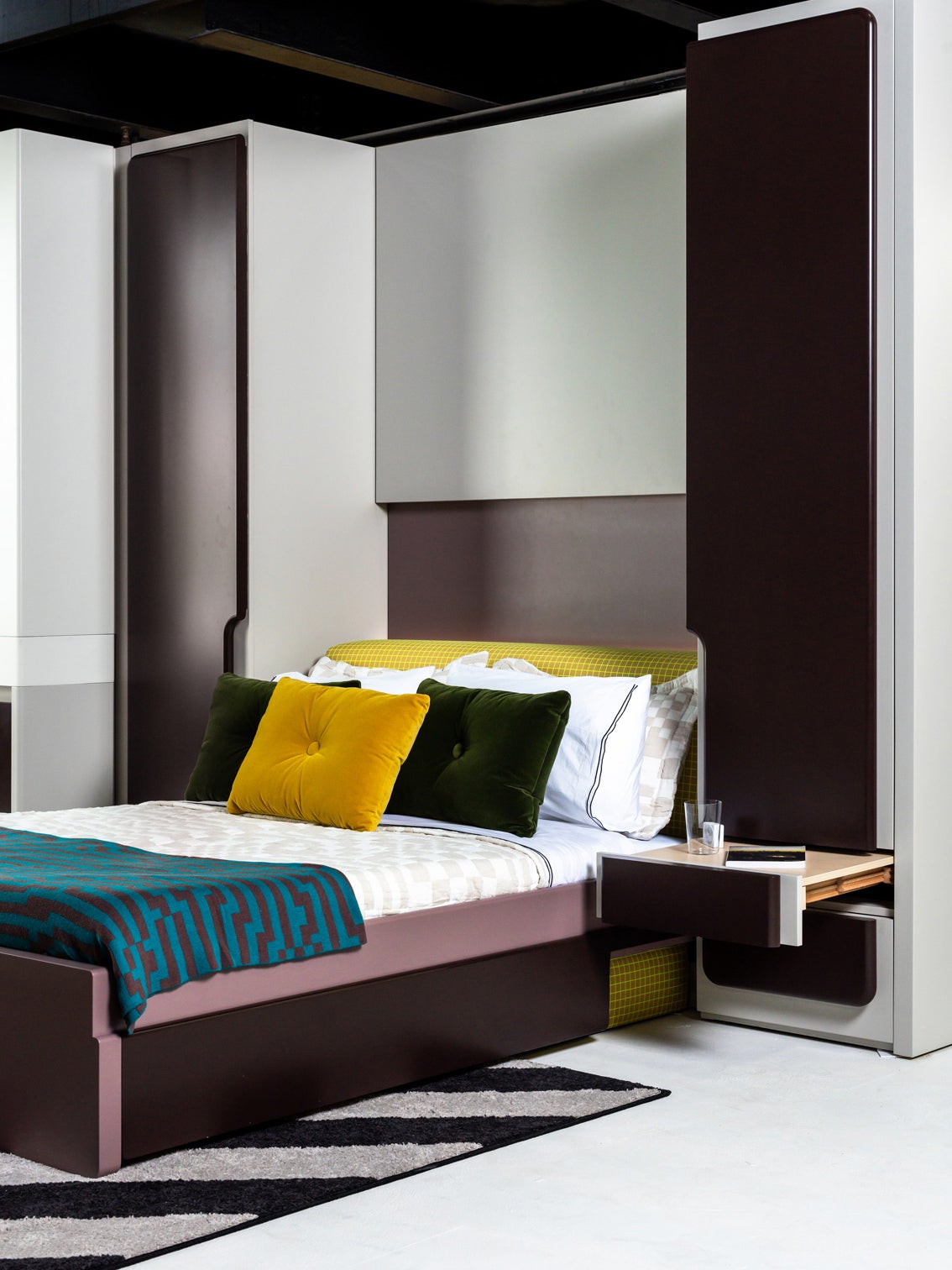 Moving into a tiny apartment doesn’t mean you have to get rid of all your stuff—you just have to be smart about where you put it all. A new micro-apartment designed by Michael K. Chen Architecture has it all figured out. The Häfele prototype, which debuted at the Kitchen and Bath Industry Show in Las Vegas last week, measures a mere 12×16 feet, but it’s surprisingly roomy, thanks to a few very clever storage tricks.

The space features all the makings of a traditional studio apartment with the exception of a bathroom (there’s a kitchen, bedroom, dining area, and closet). The key is that there’s a lot of movement involved—furniture unfolds, surfaces shift, and closets flip down. Dare we say it’s the most functional home we’ve ever seen? Here are four elements we want to bring to our real apartments, ASAP.

The apartment is centered around a custom sofa that folds flat, allowing for a queen-size Murphy bed to come down from behind. To go from day to night, the back cushion of the sofa stays in the same spot and eventually becomes the headboard. Minimal moving parts make this the coolest Murphy we’ve spotted in a while.

While color blocking certainly helps visually delineate the lounging and sleeping area from the kitchen, the bedside tables (which are really just shelves that pull out from the cabinet) really drive the illusion home.

The wood table directly across from the sofa bed is the heart of the home. The structure incorporates a concealed television, a pull-out tabletop that unfolds to create a dining area for six, and a bar station. What’s more: All the functions can be used in conjunction with one another, so you don’t have to wait until everyone’s done eating (or drinking) to watch a movie.

For a super-streamlined look, the kitchen sink is there when you need it—and gone when you don’t. All you have to do is pop out the retractable faucet before closing up shop.

See more stories like this:  Muji’s Latest Prefab House Is 800 Square Feet of Organized Bliss We Built a Tiny House as an Affordable Solution to SF Living—Now It’s Our Dream Home This 107-Square-Foot Apartment Defies Its Tiny Size