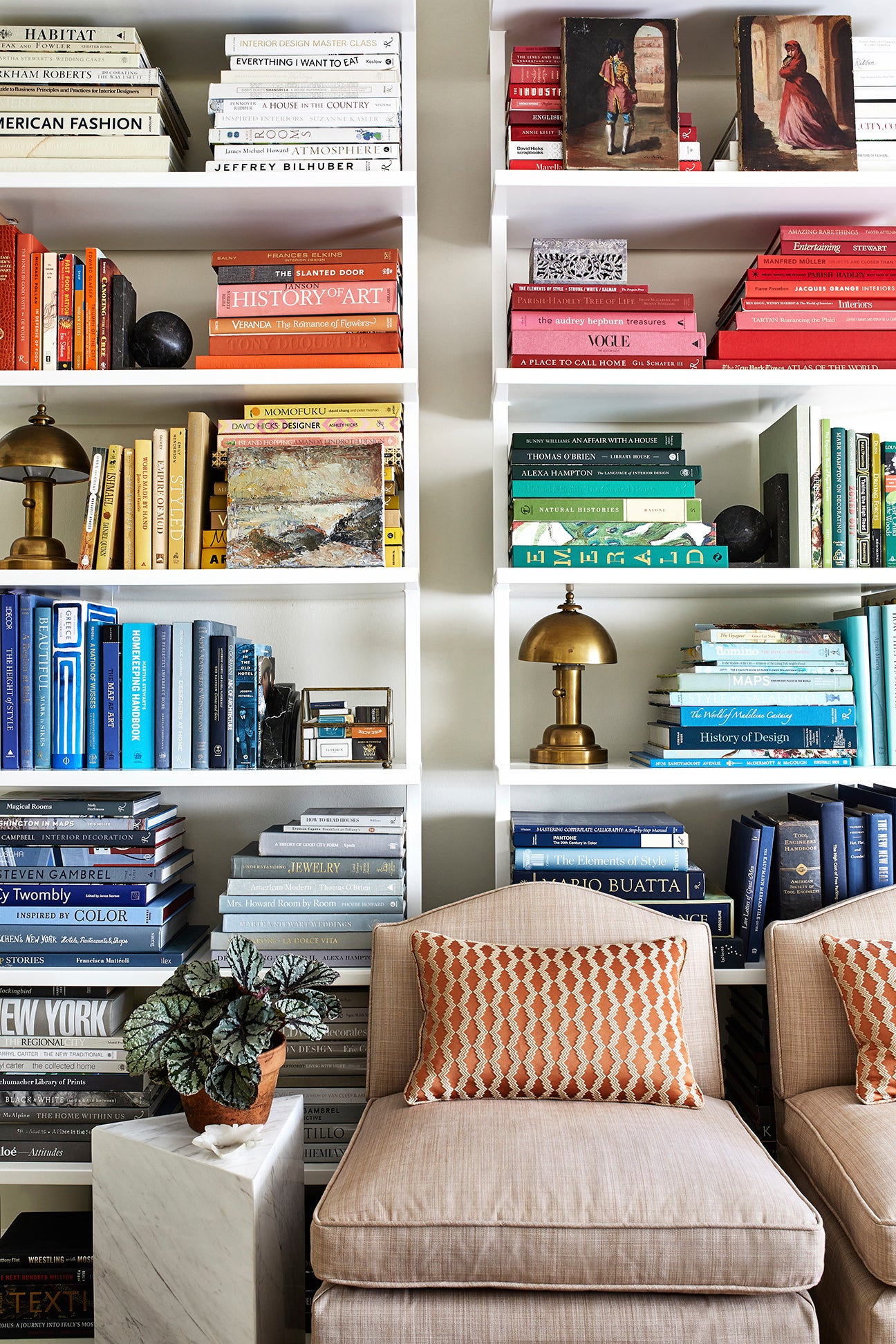 This story originally appeared in the Fall 2019 issue of Domino, titled “A Twist on Tradition.” Subscribe to be the first to receive each issue.

Interior designer Melissa Colgan’s apartment in Washington, D.C.’s Dupont Circle neighborhood, from which she also runs her eponymous boutique firm, is an effortless mix of styles with staying power. Mid-century French light fixtures, ochre-tinged chinoiserie textiles, and bamboo Campaign chairs all reign high on her list of greatest hits, as well as a few CB2 and Anthropologie finds. “You get more comfortable with things that work together but are a little different,” she says. Colgan should know. Her intuitive approach has been shaped by more than a decade in the industry, working first as a prop stylist for publications including Elle Decor and Veranda, and later under such designers as Darryl Carter and Lauren Liess. Throughout the 712-square-foot space that she shares with her husband, Dan Schned, everything looks artfully curated while still feeling incredibly cohesive. Here’s how she does it.

Colgan’s sepia-toned scheme acts as an earthy base so nothing looks too crisp or too bland. The grounding browns peppered throughout the apartment bring a sense of richness to the palette, while still allowing for contrast. “It hurts my teeth to look at really bright whites,” she says. Instead, shades of ochre, raspberry, and periwinkle pick up the patina of the antique textiles and complement the mix of faded furnishings, like the upholstered steel-and-raffia chairs and reclaimed Douglas fir table in the dining room. Whitewashed floors make the home feel larger—and paint was a budget-friendly alternative to installing new hardwoods.

In Colgan’s compact space, there are at least five distinct design styles, from Neoclassical Georgian to French Campaign to Chinese Ming. Despite their differences, none of the pieces are overly grand; a sense of simplicity ties everything together. “I’m attracted to things with a more rigorous line,” she says, noting that she avoids ornate styles, like rococo, for the sake of cohesion. That way, contemporary furniture, such as the color-coded bookshelf in the living room, blend in: “There’s some tension.”

Divvy Up Your Art

Scattered around the bed frame, a series of miniature oil paintings creates just as much impact as one statement piece. With the largest work measuring 9-by-12 inches, the tiny but mighty gallery wall is Colgan’s way of maximizing her collection (and her budget). “You get the look of a giant landscape but for less,” she says. Grouping like objects into curated displays is one way Colgan avoids overstyling. Each mini collection—be it an assemblage of seascapes or the assortment of silver trinket dishes on her nightstand—enjoys its own moment. “It helps things feel considered,” she explains.

A home filled exclusively with older objects can appear too busy or dated, but Colgan keeps her storied antiques feeling new with a mix of contemporary lighting. Her personal motto: Fixtures should be functional—never fussy—which is why she often opts for task lamps and pendants with adjustable necks. “I love lighting that articulates,” says Colgan, referring to the irreverent brass-and-wicker pendant light in the office-turned-conservatory.

Work With What You’ve Got

In the three years that Colgan and Schned have lived in the near-century-old building, the biggest renovation they took on was giving the kitchen a surface-level facelift—replacing the cherrywood cabinets with simple Shaker-style fronts in a soothing green-gray and refinishing the backsplash in a zellige subway tile, among other small tweaks. Unlike many of her neighbors, Colgan didn’t gut the galley to make room for an island. “You don’t have to fight a really humble layout,” she says. A lick of paint and fresh hardware go a long way.

More Decorating Tips: Four Lessons in Small-Space Decorating How to Decorate With Plants This Fall, According to an Expert This Is the Key to Decorating With White