We have the fix. 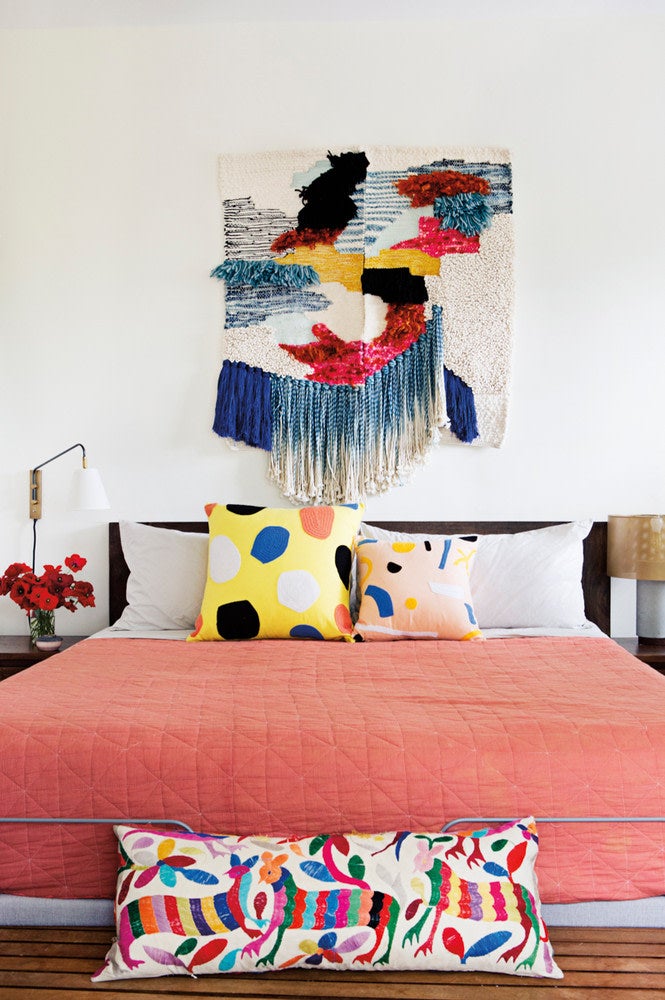 Pantone recently unveiled its 2019 color of the year, and to be honest, we weren’t all that surprised. Given the abundance of reds and oranges saturating the design world as of late, the prospect of Living Coral leading the charge in the coming year was greeted with quite the acclaim.

Now that does not go to say that embracing the hue in its entirety is as easy as one may think. The vibrant color is a statement-worthy one, no doubt, but seamlessly integrating it within your existing decor can be a challenge. With the right guidance and plenty of inspiration to go along with, you can make it work.

Lost on where to start? We tapped a handful of our trusty design friends to get the lowdown on decorating with coral, sans risking an outdated finish. These are the dos and don’ts to note before you embrace the buzzy hue.

“People might only think to use Living Coral with other enlivening, pastel colors. However, the hue is so versatile and not just for bright, cheery rooms,” notes Austin-based interior designer Maureen Stevens of Maureen Stevens Design.

Do: Pair it with complementary colors

Embrace the cooler spectrum of the color wheel and experiment with subtle variations of each shade. “It can be paired with dusty blues, rich greens, and charcoals for a lovely, dramatic look,” suggests Stevens.

Don’t: Confine the hue for the walls

Sure, it’s trendy and everyone’s talking about it, but that shouldn’t necessarily warrant a full-blown home makeover. Unless you’re sure the paint color is something you’ll be able to live with for an extended period of time, don’t feel compelled to designate the hue solely for the walls.

Do: Think smaller in scale

There is much more to decorating with the color than settling on plain old wall paint. “I love the idea of painting a side table in high-gloss coral, coating a jewel-box powder room in the color, or adding fun pops of coral to a room with small accessories like a ceramic vase, a cozy throw, or a decorative pillow,” suggest McCarthy.

Don’t: Go too bold with it right away

“Living Coral is a great color that is playful, vibrant, and enlivening, but that doesn’t necessarily mean you will love it in every square inch of your bedroom,” notes Amber Dunford, lead stylist at Overstock. Dunford suggests that if it’s your first time experimenting with the color, don’t feel pressured to swap out major pieces of furniture in your home or paint an entire wall in the color.

Do: Integrate it within the pieces you already have

“When adjacent to other colors, it can be less of a commitment and easier to integrate larger amounts of the color down the road,” says Dunford. Think along the lines of an art piece or simply having the hue woven into a textile. It still counts!

Don’t: Restrict yourself to a nautical theme

“A rookie mistake would be thinking that your space has to be nautical or coastal to use the paint color Living Coral when, in fact, the paint color works with any design style or theme,” says Decorist creative director Jessica McCarthy.

Do: Think tropical with an endless summer vibe

“Vibrant and vivid, Living Coral is definitely a power color, and as such, it’s a great way to make a statement,” says McCarthy. Consider it a more spirited take on millennial pink and channel those qualities by designating the hue to a space in need of a warm refresh. A whimsical wallpaper that alludes to the motif in mind will do the trick.

The bedroom, living room, or kitchen are where we would typically feel inclined to integrate the chromatic swap. Think outside the box and designate the vibrant hue for a slightly less traditional spot for an added element of unexpectedness.

Do: Target rooms that may not get much light

“With its warm undertones, Living Coral can help brighten a space,” says interior designer Cathy Hobbs. Designate the hue for a tiny closet or powder room and allow it to establish a bold dose of saturated character to the lightless space.

Don’t: Just pair it with blues

Blues and greens may seem like the obvious tonal complements to Living Coral, but if you’re not into the whole coastal look, you may want to avoid the cooler tones. “Something to keep in mind is when hues are paired with those on the opposite side of the color wheel, an energizing effect is created,” says Dunford.

If the vibrant look isn’t for you, stay on the warmer side of the color wheel. Dunford suggests pairing the hue with neutrals, browns, and dusty earth tones. These foundation colors will offset the intensity of the coral, resulting in a significantly more subdued effect.