Plus why restaurant prep tables make the ideal countertop. 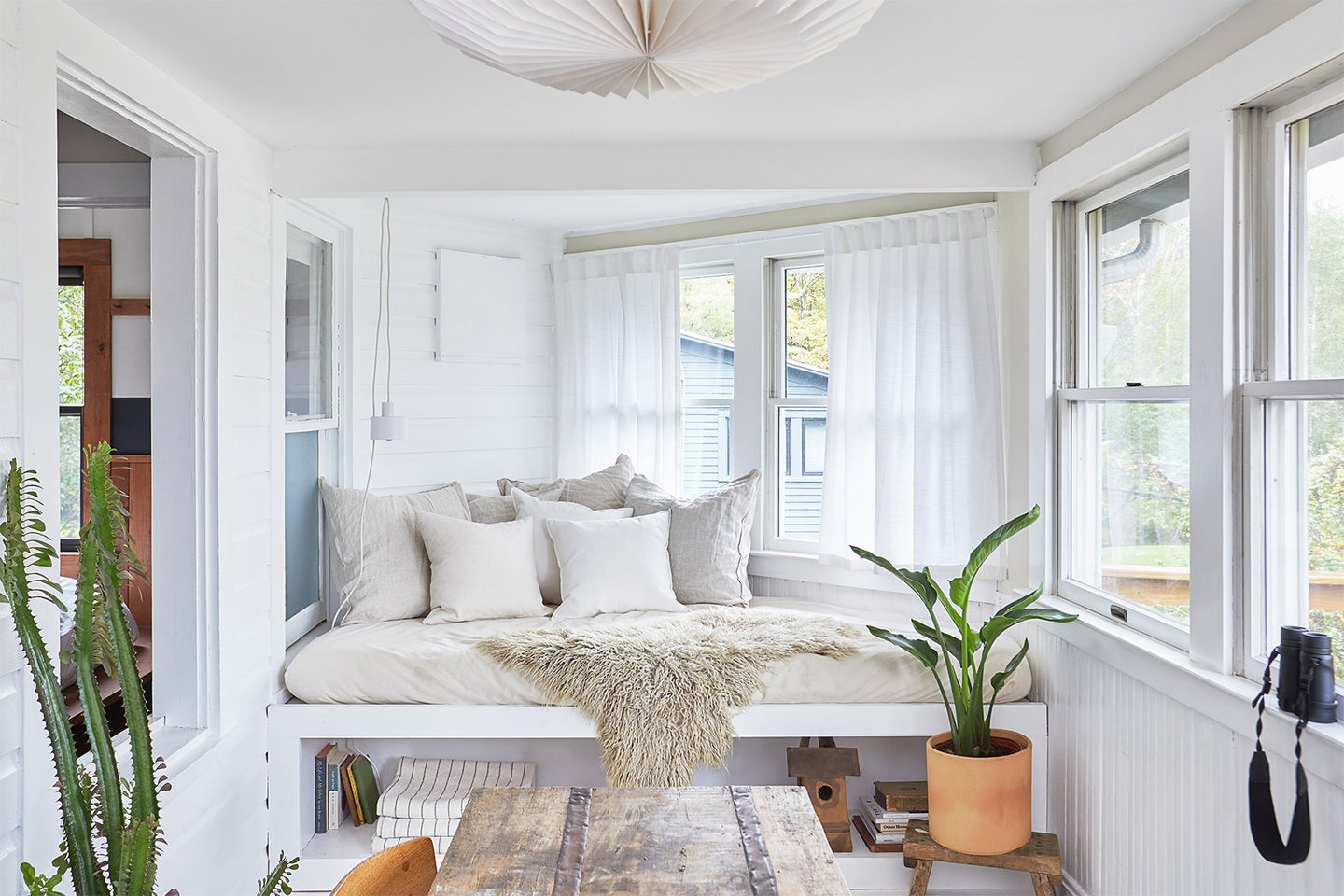 When Lauren Espeseth and her partner, Steven Jos Phan, set out to find a house for Phan’s mother in the Catskills during the summer of 2020, they were ready to get their hands dirty to cut costs down the road. So the couple purposefully bought a dated but structurally sound two-cabin property. The previously updated structure would be for Mom; the other they could renovate and turn into an Airbnb for extra income.

Enlisting their friends was the first step in upgrading that secondary space; Espeseth and Phan decided to save money on labor in order to splurge on infusing personality into the project elsewhere, like with the statement quilt tapestry in the living room. “You have to decorate a rental like you’re decorating it for yourself; you can’t worry about preciousness,” says Espeseth. A few very generous pals moved in for the summer, assisting with everything from demo to paint to appliance installation—the delivery drivers observed the place looked like a commune.

By designing a space they would want to stay in themselves—and these four other tricks—the couple avoided the fall into the “white box” hospitality stereotype.

In the kitchen, inexpensive stainless steel prep tables (like those in the back of your favorite restaurants) take the place of traditional lower cabinets. (The room was previously packed full of nonfunctional lower storage and black cabinetry.) Other than being super-durable and easy to clean, the pieces streamline the once cramped space without requiring any construction. The original upper cabinets got the ax as well, replaced by airy open shelving.

In the primary bedroom, previously painted a jarring stark white, Espeseth leaned into the cabin’s woodsy surroundings and actually installed (rather than took down) ’60s-style wood paneling on the lower half of the walls. Stained the same shade as the custom bed frame, the finished look has the effect of a cozy built-in, not a time warp. “We did it because it was cost-effective, but it also helps the space feel more intentional,” explains Espeseth.

Throughout the house, paint only shows up on the bottom halves of walls: green in the living room, navy in the kitchen, and black in the bathroom. The division acts as an optical illusion—when the darker hues are paired with white on top, it brightens each room and makes the 8-foot-high ceilings appear taller. Plus it takes advantage of the small (yet plentiful) windows, reflecting the natural light.

In order to hit the sweet spot between homey and hotel-like, Espeseth avoided big-box retailers where she could, instead scouring local vintage shops and online marketplaces. She looked for pieces with built-in patina that would instantly add warmth and character, like the enveloping mid-century leather armchair now in the living room and the reclaimed wood shelving for the kitchen. “A lot of people think that a rental house should just be very bare bones,” says Phan. “But that’s not an engaging guest experience.” When it was finally time for the couple (and their crew of friends) to move out when the renovation was finished, it was like the last day of a very draining sleepaway camp. 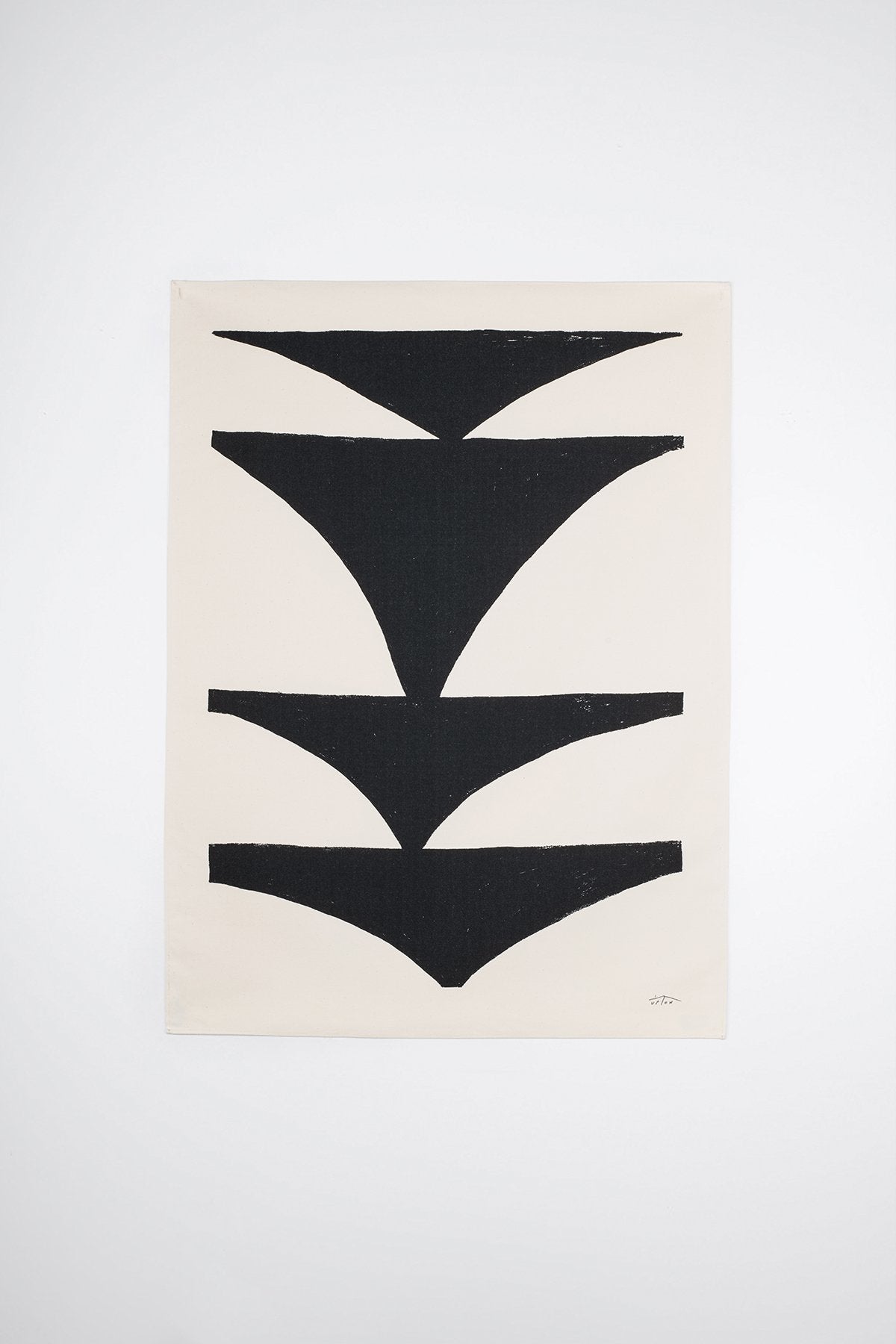 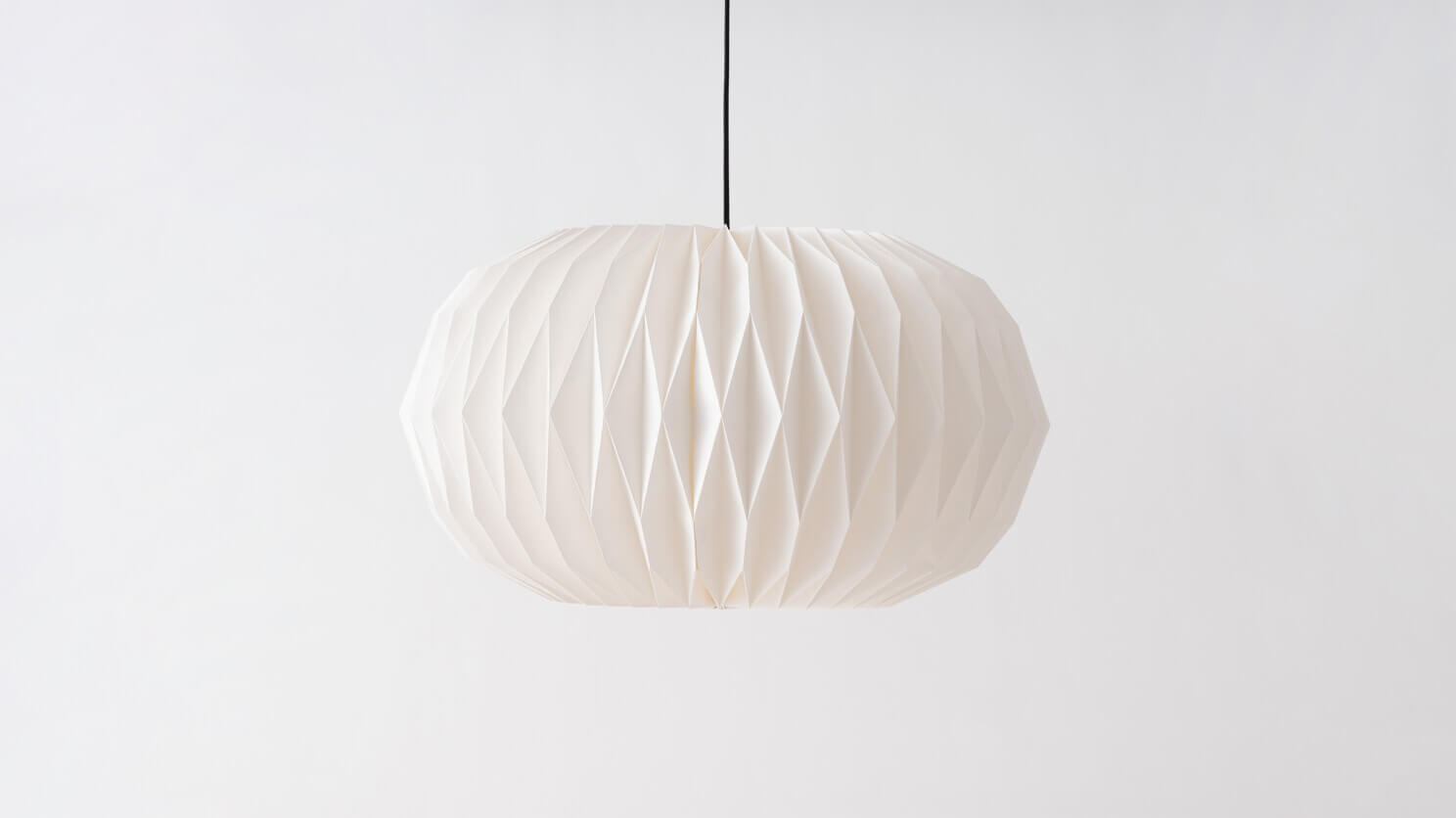 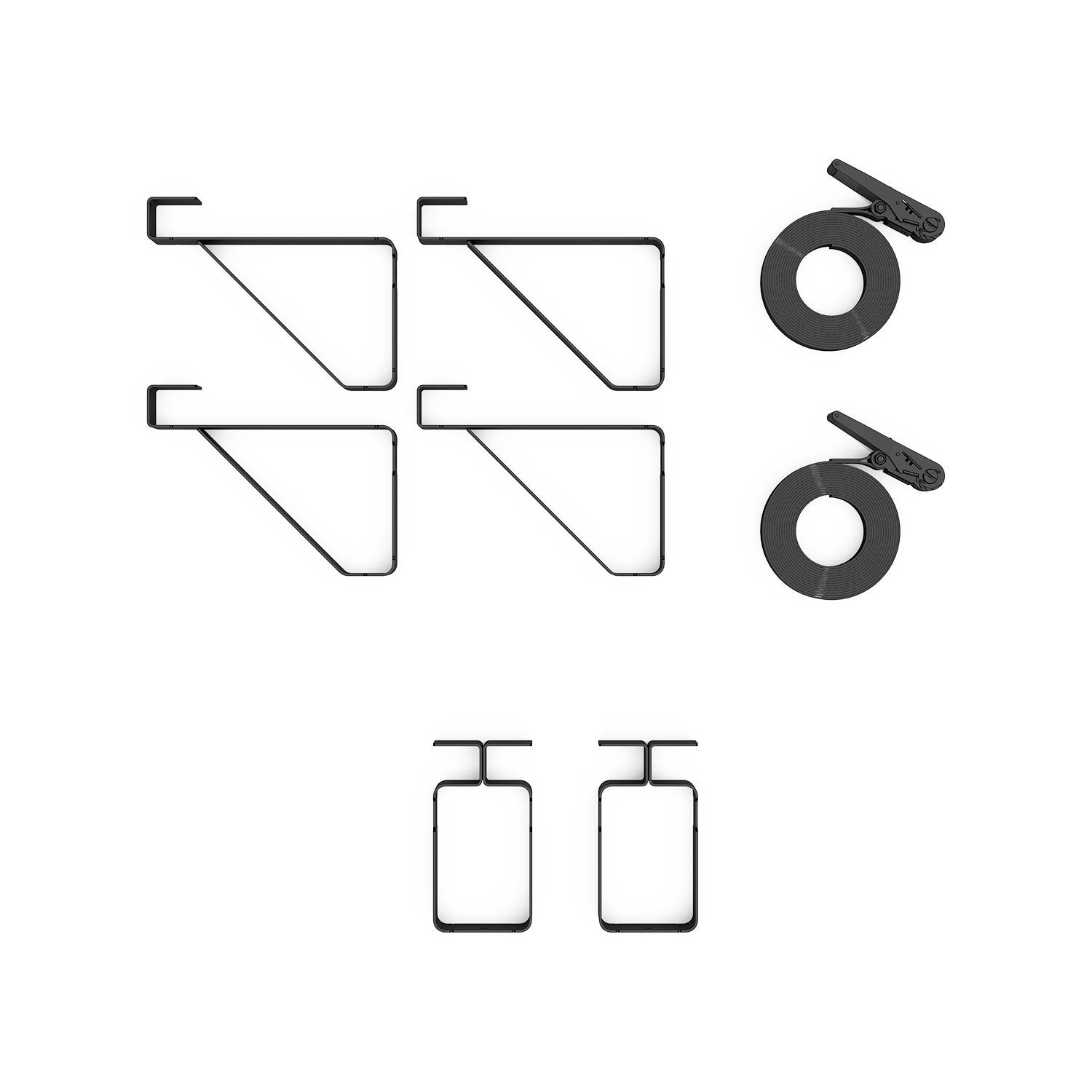 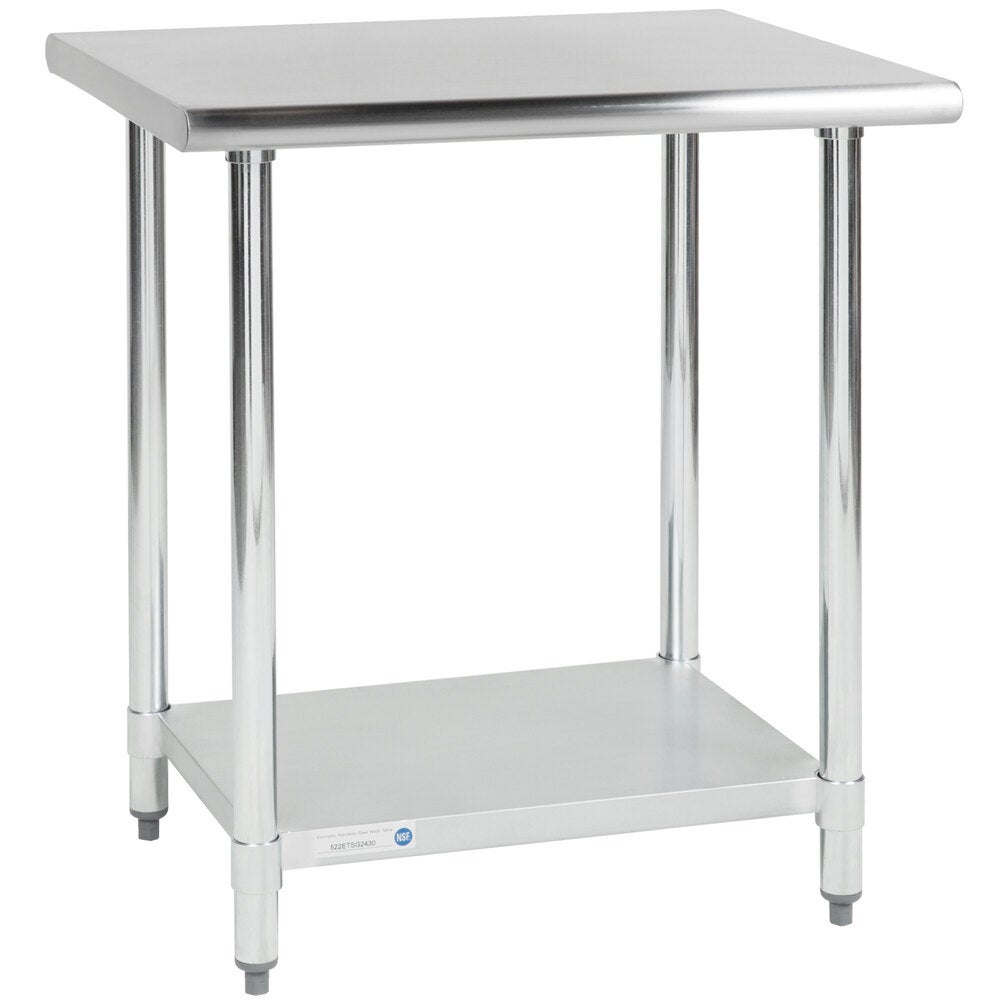