The Secret Paint Trick Behind This Kid’s Tub-Turned-Artwork 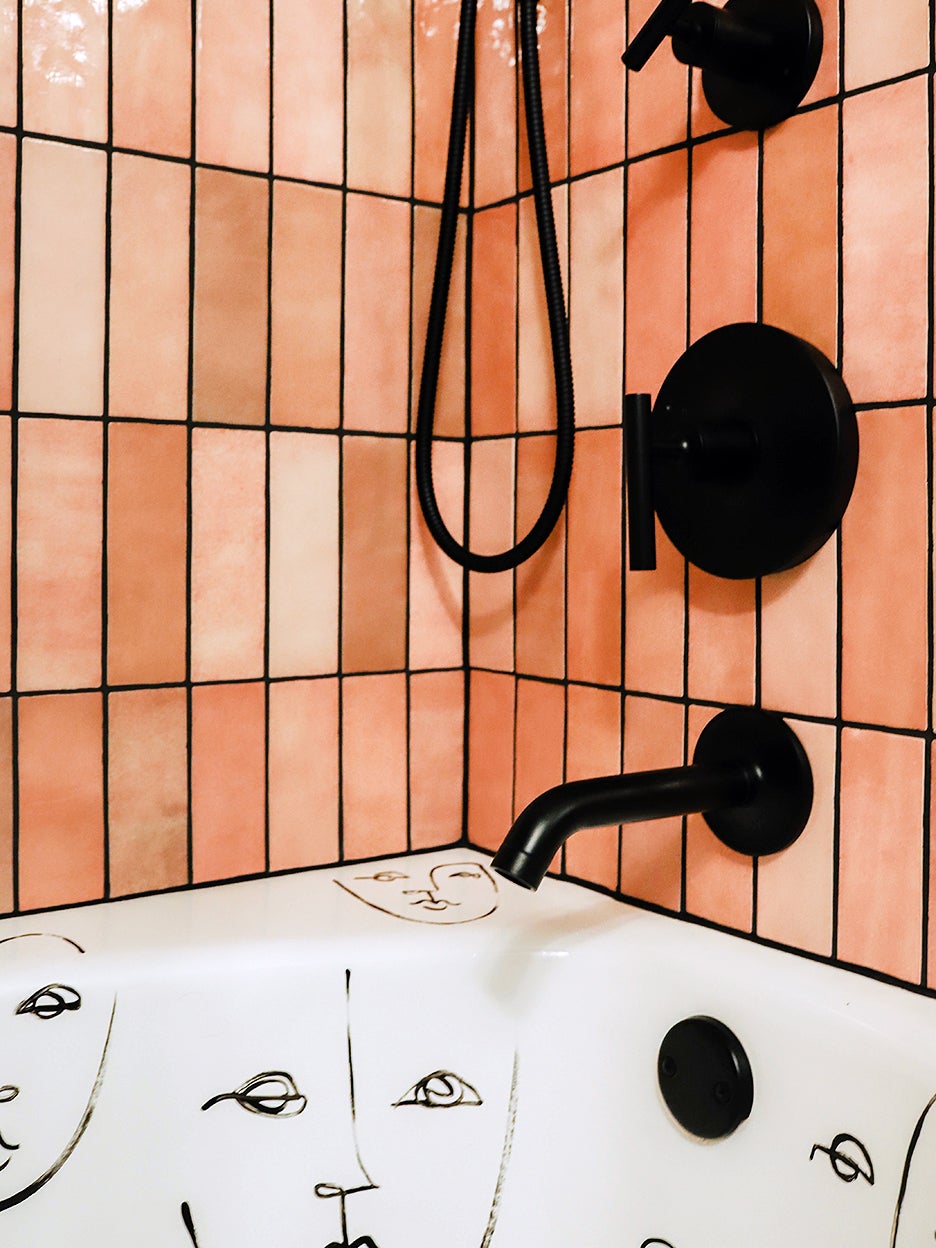 The female form is artist Carrie Beth Waghorn’s specialty. That’s how she got to know seasoned renovator Paula Rallis, who commissioned Waghorn to cover her former guest bathroom walls in silhouettes of bottoms. “I was obsessed with the butt bathroom,” recalls Rallis. So when she and her husband, who flip houses in the Charleston, South Carolina, area together, purchased a historic home right near the harbor in February 2020, they tasked the muralist with turning their 16-month-old daughter Sterling’s bathroom into a work of art. “I wanted Carrie to leave her stamp on this house as well,” says Rallis.

This time around, though, Waghorn didn’t draw butts—and she also didn’t touch the walls. The plain white tub, which Rallis had reglazed, was her blank canvas. The idea to doodle on the edges and inside of the basin all started with an image Rallis uncovered on Pinterest of a bathtub with abstract faces on the side. However, closer examination revealed that the feature was actually just Photoshopped. “I was like: ‘Hey, let’s just try to make it real,’” recalls Rallis. With some special paint and careful placement, bubble baths have gotten a whole lot more interesting.

Before making a sketch on paper, Waghorn envisioned the scale of the faces. “It’s sort of like in The Queen’s Gambit, in which [the main character] plays games on the ceiling—that’s what my brain does,” explains the artist. Spacing was crucial. She decided to leave blank spots around the hardware to give it more room and turned to the corners instead.

The key to the whole project? Marine paint (you know, the stuff that’s used on boats). The urethane-based material doesn’t budge once it’s sealed, but it’s no joke: The fumes are intense, so Waghorn had to wear a face respirator during the whole process. “Though at that point we were all used to wearing masks on the reg,” she says. Running a fan also helped circulate the air, and she thinned out the paint with water to make it look more like it belonged on an easel rather than the bottom of a ship.

As with the dark grout Rallis added in between the pink tiles, going with black elevated the moody vibe the reno pro was aiming for. Even though the material is H2O-proof, the duo was cognizant of slipping too far below the waterline on the inside. “My favorite part of this design is the face that lines up perfectly with the custom shower door Paula installed,” adds Waghorn.

Turn Your Fantasy Bathroom Into a Reality

It may look super-simple, but the project wasn’t necessarily a walk in the park. “There is very little room for error with this paint,” notes Waghorn. It’s virtually impossible to erase any slipups, and if a major mistake occurred, she would have had to reapply the base coat of the tub glaze. While this design is exclusive to the artist (if you want the same one, you can contact her for a direct booking), Waghorn hopes it at least encourages others to liven up their tubs. Sterling’s got a whole crew of friends now when bath time comes around.