This Is Kelly Wearstler’s Trick for Perfect Room Ambience

By
Kate McGregor
photography by
The Ingalls 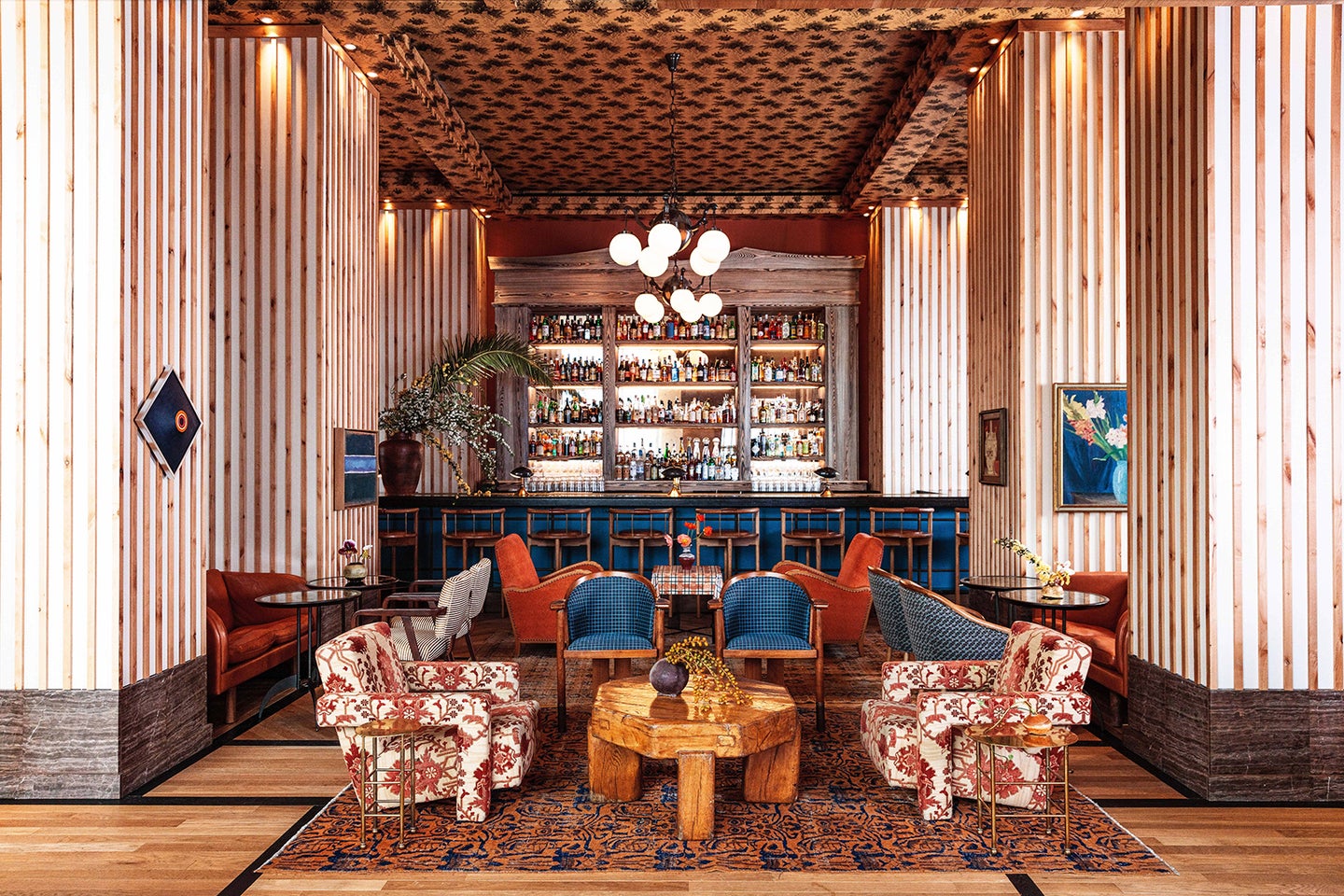 Not often thought of as a design capital, Austin is better known for its neon manufacturers and barbecue than its furniture. However, just over an hour away from the famed Round Top antiques market, the likes of Leanne Ford and Martin Lawrence Bullard (shopping for none other than Gwen Stefani) are flocking to the Lone Star State for inspiration (and to fill the trunks of their cars with small treasures for client projects). Even Kelly Wearstler has her sights set on the city, having designed the Austin Proper Hotel downtown in early 2020. On our own trip to the famous flea this spring, we finally got our first in-person look at the hotel since the world started opening back up.

Adorned with her signature eclecticism, the property feels more like your really cool aunt’s house rather than a hotel, and that was the goal. The sculptural staircase (composed of more than 60 runners pieced together) is reminiscent of Wearstler’s home in Malibu, while the sitting areas are meant to evoke the feeling of a living room. The space is ever evolving, so it might look different from one visit to the next, which is all the more reason to book a visit. “I like to let a room marinate, and I am always collecting and adding to a space,” explains Wearstler. Read on for the design ideas we’re keen to bring home from this five-star stay.

Turn the Lights Down Low for Instant Ambience

Throughout the Proper’s lobby, you’ll find many lamps missing a few bulbs. But don’t worry, it’s on purpose. By not utilizing the maximum amount of wattage, a softer glow washes over the various areas. “Warmer, ambient light complements the color story better,” says Wearstler. Think of it as a shortcut to installing a dimmer.

When guests enter the property, they’re greeted with an abundance of oak paneling (and flooring). Tambour wall treatments in the lobby’s bar, sleek accent walls in the bathrooms, and a gridded layout at the reception desk highlight Austin’s affinity for craftsmanship. Wearstler chose to honor the tradition with ebonized wood lines that draw the eye up to gingham fabric ceilings.

The design pro leaves no space untouched, including the corners. Whether it’s a stone plinth or an iron floor lamp, each square foot of the hotel was designed with intention. There’s even a miniature pottery museum under the central staircase. Wearstler notes, “Transitional spaces can really be what sets an interior apart; hallways and vestibules can harness an energy to shift tone and mood.”

In the property’s lobby restaurant, the Peacock, the mismatched upholstered dining chairs were inspired by a nearby intricately tiled wall. The deadstock ceramic squares, sourced from a family in Portugal, are meant to represent the vibrant cultural history specific to Austin with its patchwork layout. A mix of flat and 3D relief tiles casts shadows on the space as the sun moves throughout the day.

Largely instinctual for Wearstler, mixing patterns and textures is her preferred way to add warmth and personality to a space. Lobbies can often prioritize function over beauty, but easy-to-clean leather and linen (which looks good even when wrinkled) adorn many of the seating areas.

Upstairs in the guest rooms, grasscloth walls are paired with damask-printed bed frames. “You have to be willing to take chances,” says Wearstler. “Sometimes an unexpected pairing can clash in a good way.” Using complementary geometric patterns like directional stripes and subtle plaids in a monochrome color palette keeps things from feeling overwhelming. School is in session.