The country star invites us in. 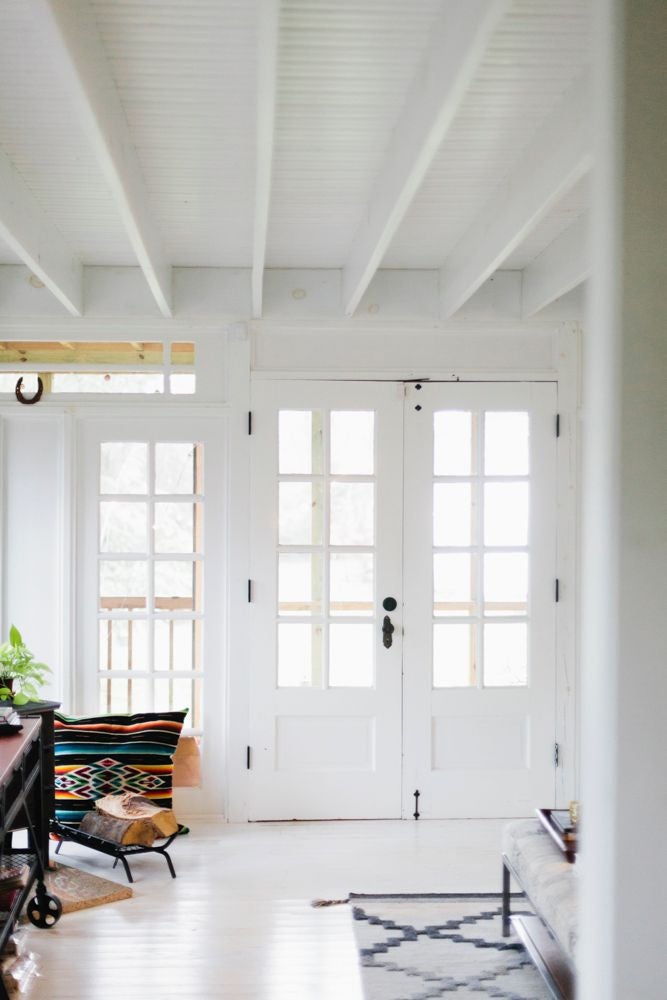 When it comes to style, country music darling Kacey Musgraves has it in spades—and sparkles. Known for her unique brand of wit and charm, the Texas native first took the stage at age eight, and soon began writing her own songs. Now, on the brink of total industry domination, the spotlight has followed her across the globe, most recently with a world-wide tour showcasing her Grammy Award-winning album “Golden Hour,” and the release of Amazon’s The Kacey Musgraves Christmas Show.

This week, Musgraves became the first musical artist to collaborate with candle brand Boy Smells to produce an incense-inspired scent named after the track, “Slow Burn.” With notes of black pepper, raspberry, and amber, the candle’s signature smell serves as a meditative reminder of a summer night in Nashville when Musgraves took a moment to stop and smell the roses (or in this case, a distant bonfire mixed with crisp, summer air).

In between tours and recording, Musgraves retreats to a 1920’s bungalow in—where else?—Music City. “I have a lot of vintage pieces and am inspired by mid-century modern vibes,” she says of the eclectic space, which is peppered with career momentoes and flea market finds. “I also have a lot of my mother’s homemade art in the house.”

With three-legged rescue pup, Pearl, and tiny new pal Bambi, Musgraves is slowly making the old bungalow into a place where she can hang her (glittered) hat. “I’ve had the house for about a year, but I’ve also been on the road a lot,” she explains. The halls and walls—painted in pastels by the previous owner that Kacey decided was “just quirky enough to keep”—are filled with roadside finds, concert posters, awards, and Polaroids that double as both decoration and documentation of her adventures. Each room tells a bit more of her story, but it’s the writing room, tucked away in the back of the house, where she puts pen to paper.

“It’s airy and open and feels fresh every time I enter,” says Musgraves. “The entire room is painted white, and the floor to ceiling windows allow for excellent natural light and a great view of the backyard.” Her sister, Kelly, made the Texas pillow—“I love anything that reminds me of home,” Kacey says—and a wood burning stove ups the cozy quotient. Select pieces from Anthropologie and West Elm resided side by side with statement pieces from Goodwill and local boutiques. And the oversize ottoman helps fill out the large room, but can also double as seating when there’s a crowd. “I love pretty little things: stacks of books, candles, tiny plants, crystals—things that make me smile,” notes the country star. “All of that paired with a comfy place to plop down—yeah, it’s my favorite room in the house.”

With her 1957 Gibson J-45 guitar in hand, she sits on the couch and picks some strings. A journal and pen are close at hand. She hums a bit—perhaps it will turn into another Billboard Number One. The sounds echo throughout the room, and Bambi jumps up beside her. She looks down at the six-string and says, “It’s my best friend. It feels like honey in your hands. It was my first vintage instrument purchase and it’s the best thing I’ve ever bought. I’ve written a lot of songs on this thing!” Here’s hoping she writes many more.

See More Home Tours: We’re Obsessed with the Custom Design Moments in This Desert A-Frame A 60-Foot-Long Rainbow Rug Captures the Pure Joy of This Maine Home When Costs Kept Rising, This Couple Built Their House Themselves