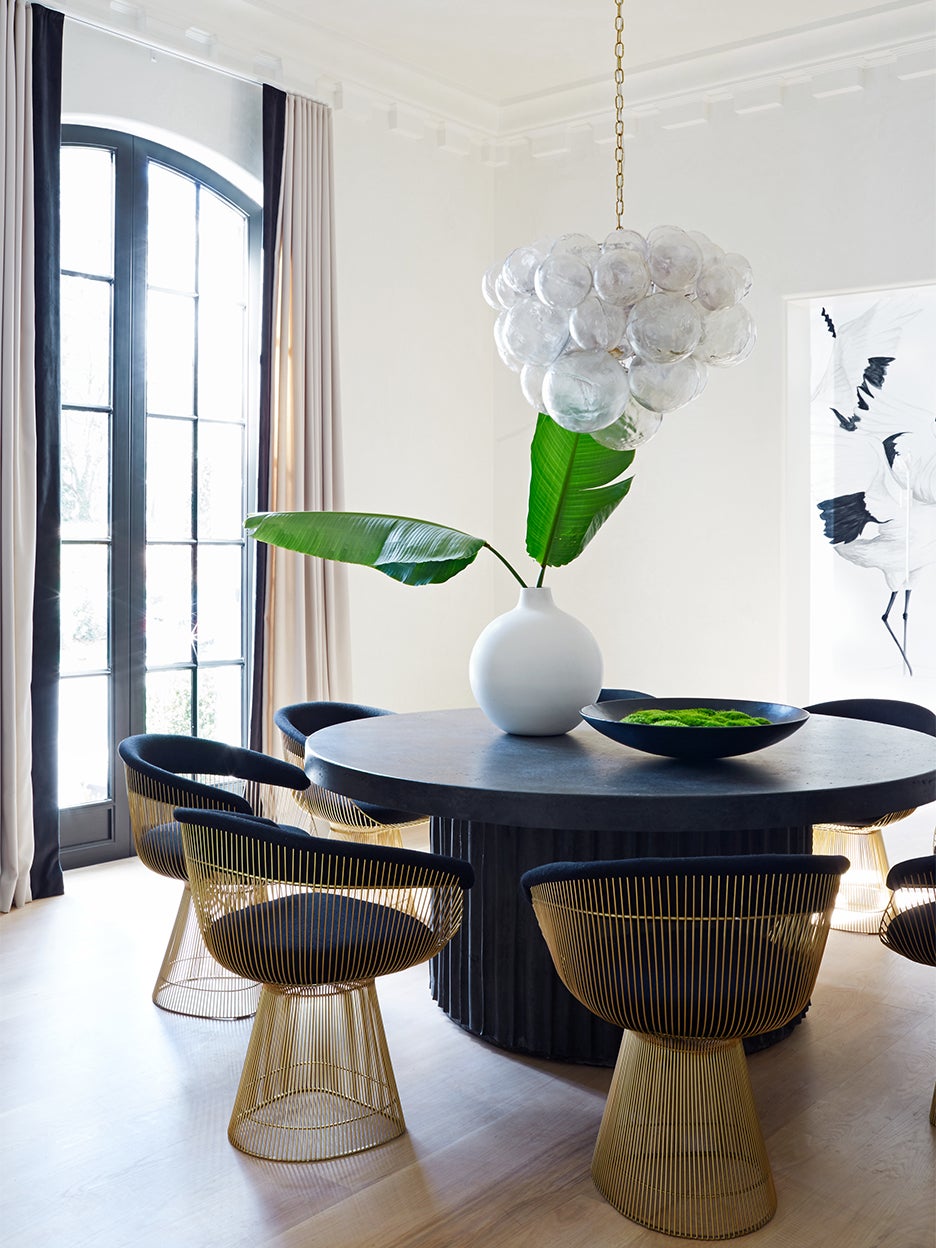 Photography by Mali Azima for Rizzoli

“It’s fantasy California,” says designer Melanie Turner of the sprawling Atlanta home found on the first pages of her upcoming book, Inviting Interiors: A Fresh Take on Beautiful Rooms (out this spring). She and her husband, Stan Benecki, a builder and developer, worked with local firm Source to channel a slice of the West Coast in the South. That’s where the floor-to-ceiling, iron-framed windows and doors came in. The architectural eye candy floods nearly every room with natural light, while also providing a heavy dose of drama.

“You see them mostly used in transitional spaces,” says Turner, referring to houses that blend traditional and modern design. That’s not to say they can’t work in any style of home (Turner’s grandmother’s place from the ’40s had metal windows). “I think the most important thing is not to overdo it,” she says. “Use it sparingly so that it becomes a feature.” Here, she reveals how they incorporated the showstopping element into four rooms of the house, plus why they’re not just an investment in aesthetics.

In the Living Room

The real focal point of the 32-foot-long living room is the perfectly manicured backyard, which you can see clearly thanks to the wall of windows. It might seem contrary to partially block the view with furniture, but in this case it works because the raw-wood console table from Bali helps bring that organic outdoor feeling in. “The key is that whatever you put there looks good from all four sides,” notes Turner. The two doors on either side, outfitted with brass knobs for an added dose of warmth, make the arrangement look all the more purposeful. Plus the sturdy metal framing helps support the huge beams above, ultimately allowing the designer to make the wall of windows a lot longer.

In the Dining Room

Curved windows frame the home’s entry, where Turner added a hand-painted avian mural (a nod to the ornate structures architect Philip Shutze built in the 1920s in Atlanta). Much like the larger-than-life birds, all that glass exudes drama. “They’re the jewelry of the home,” says Turner. To bring the whole display into the 21st century, she and Source lined the ceiling with hand-plastered dentil molding but enlarged the scale to make it feel more modern. Also, nowhere is it written that you can’t paint iron windows. “You’re not limited to black metal,” notes the designer, who has swathed them in white on past projects.

Harrods in London was the inspiration for the barrel-vaulted kitchen, which is almost completely covered in subway tile. “It’s got that whole Downton Abbey vintage vibe going on,” explains Turner. The shape of the ceiling informed the silhouette of the door. By making the passageway and surrounding windows extra-large, she filled the kitchen with natural light (you can often catch the reflection of the nearby pool shimmering across the walls and ceiling). “The homeowners leave the doors open and you can hear the water, and it’s just so calming,” she says.

In the main bathroom, the glass is framed not by iron but by stainless steel; that way nothing rusts (don’t worry—for privacy, Turner lined the facade with remote-controlled blinds). The simple ring pull on the door sums up Turner’s whole design ethos. “Sometimes the best thing for a space is the simplest,” she says. “When you do a house, there should be a lot more costars than there are stars.”