There’s a Rainbow-Colored Village in Indonesia, and It’s Amazing

A tiny village in Indonesian got a candy-colored makeover to attract tourists—and it's working. 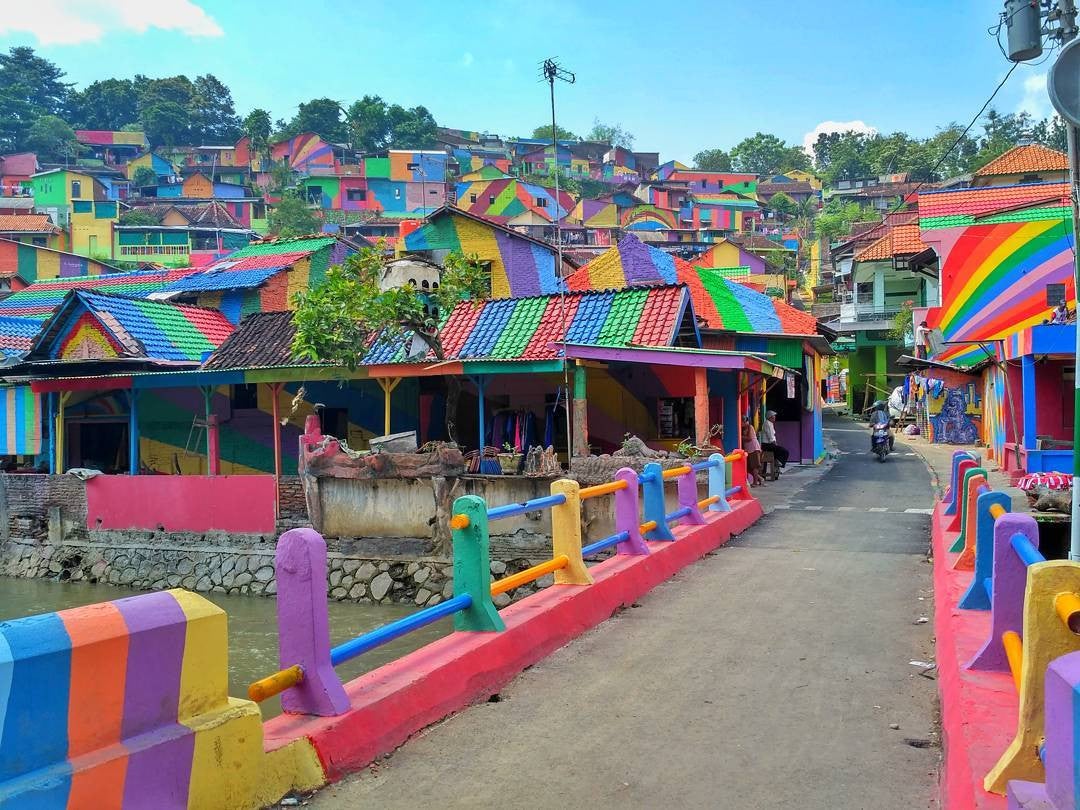 What used to be a slum is rapidly turning into one of Indonesia’s most Instagrammable tourist destinations.

Kampung Pelangi, a rainbow-colored village in the Randusari subdistrict of South Semarang, is home to at least 232 houses in two community units. Originally named Kampung Wonosari, this beautiful mini town includes houses in vibrant shades—each house has a minimum of three colors—as well as bridges and benches, all painted in various rainbow hues. The walls also feature 3D drawings, inspired by similar villages like Kampung Tridi in Malang and Kampung Kali Code in Yogyakarta.

The mastermind behind the project is 54-year-old junior high school principal Slamet Widodo. According to Widodo, the hope was to make Kampung Pelangi the biggest colorful town in Indonesia and help make the area a tourist hub.

And it seems this hope is one held by the entire community: The local government allocated 300 million Rp (around $22,467) to the endeavor, which planned for a total of 385 houses to be painted. The project is further supported by the locals, as residents sell food and souvenirs to tourists in order to bolster the local economy.

Since the project’s completion last month, visitors have flocked from around the world to see (and photograph) the rainbow houses. The village is a hit, particularly with the younger crowd.

“We saw the pictures on Instagram before we decided to come here,” Maya Cindy, a Diponegoro University student, told the Jakarta Post. “It is truly awesome!”

Due to the success of Kampung Pelangi, it is expected that the overall budget will reach 2 billion Rp as the renovation continues, to include further creative additions and clean the local river. Art enthusiasts and street mural aficionados, it’s time to buy your plane ticket to Indonesia.

How to Take the Perfect Doortrait Is This the Most Popular Cafe Table on Instagram? 10 Wanderlust-Inspiring Instagrams To Follow For Budget-Friendly Travel