IKEA and LEGO Just Teamed Up on a New Organization Collection

We’ve waited two years for this. 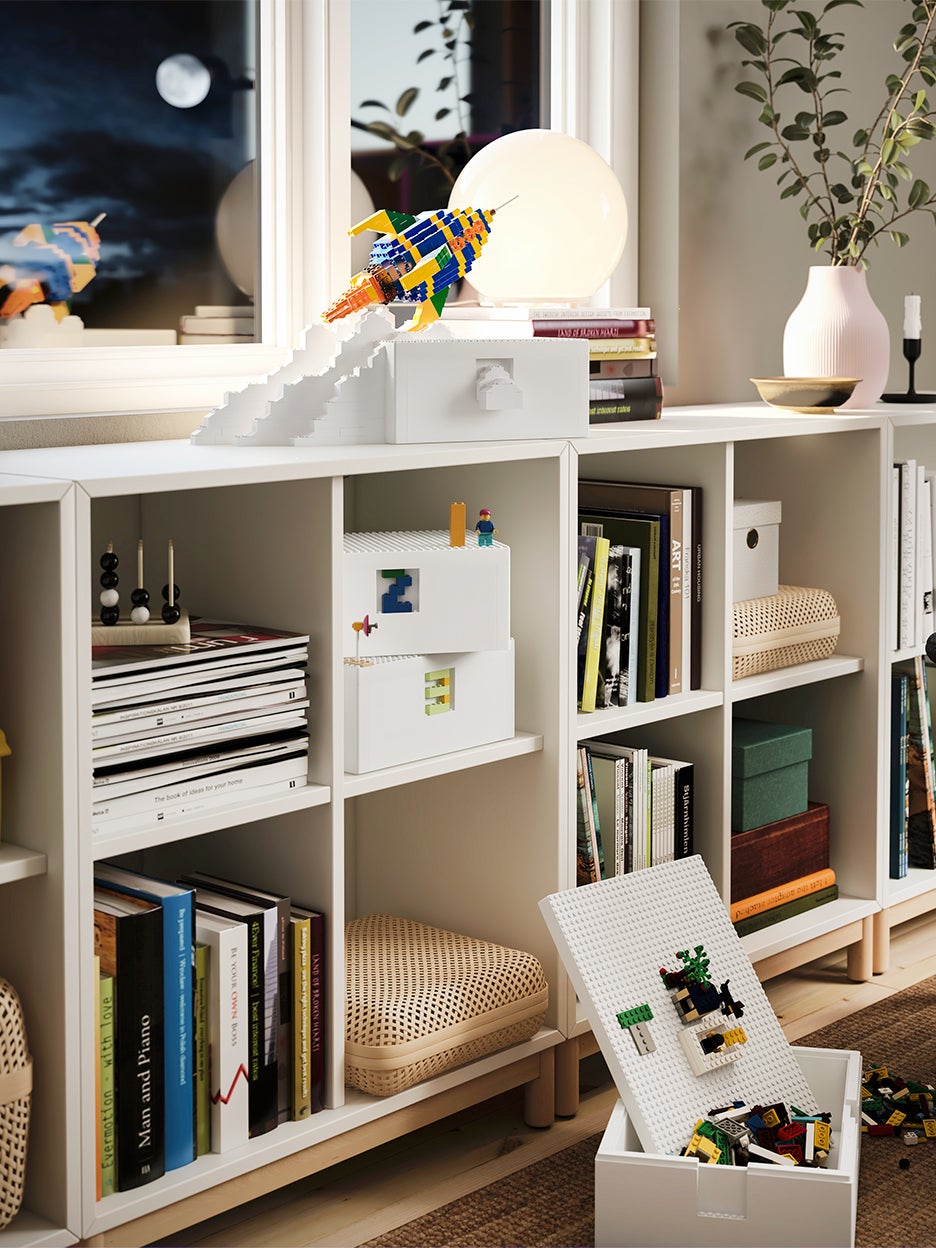 A toy set that minimizes clutter might sound like something out of every parent’s dreams. But IKEA is making that idea a reality: We got a sneak peek at the home retailer’s new Bygglek line—a long-awaited collaboration with LEGO officially launching in October that stars a trio of modular boxes and 200-piece set ranging in price from $10 to $15. The hook? They practically clean up after themselves.

Simply stow your child’s (many, many) colorful bricks inside, or let them leave their creations stacked on the boxes, which are essentially giant LEGO pieces with molded studs on the lid and inner base—either way your floors will be spared the usual block party blast.

According to LEGO designer Rasmus Buch Løgstrup, the clever idea to merge intuitive storage with fun was born from practicality: “There’s a conflict between how grown-ups look at organizing and how children look at play,” he explained in a statement. “Every parent has stepped on a LEGO brick at night, but organizing them the grown-up way sometimes means ending play. […] Kids don’t see a mess; they see a creative environment.”

Rather than having to choose between tidying up and destroying your child’s carefully constructed rocket ship, now you can stack the bins atop each other and leave any works in progress intact and (neatly) on display. Kid-led cleanup? Sign us up.