Legos Played a Major Part in This White Kitchen’s Revamp

A reno project that’s all about fun. 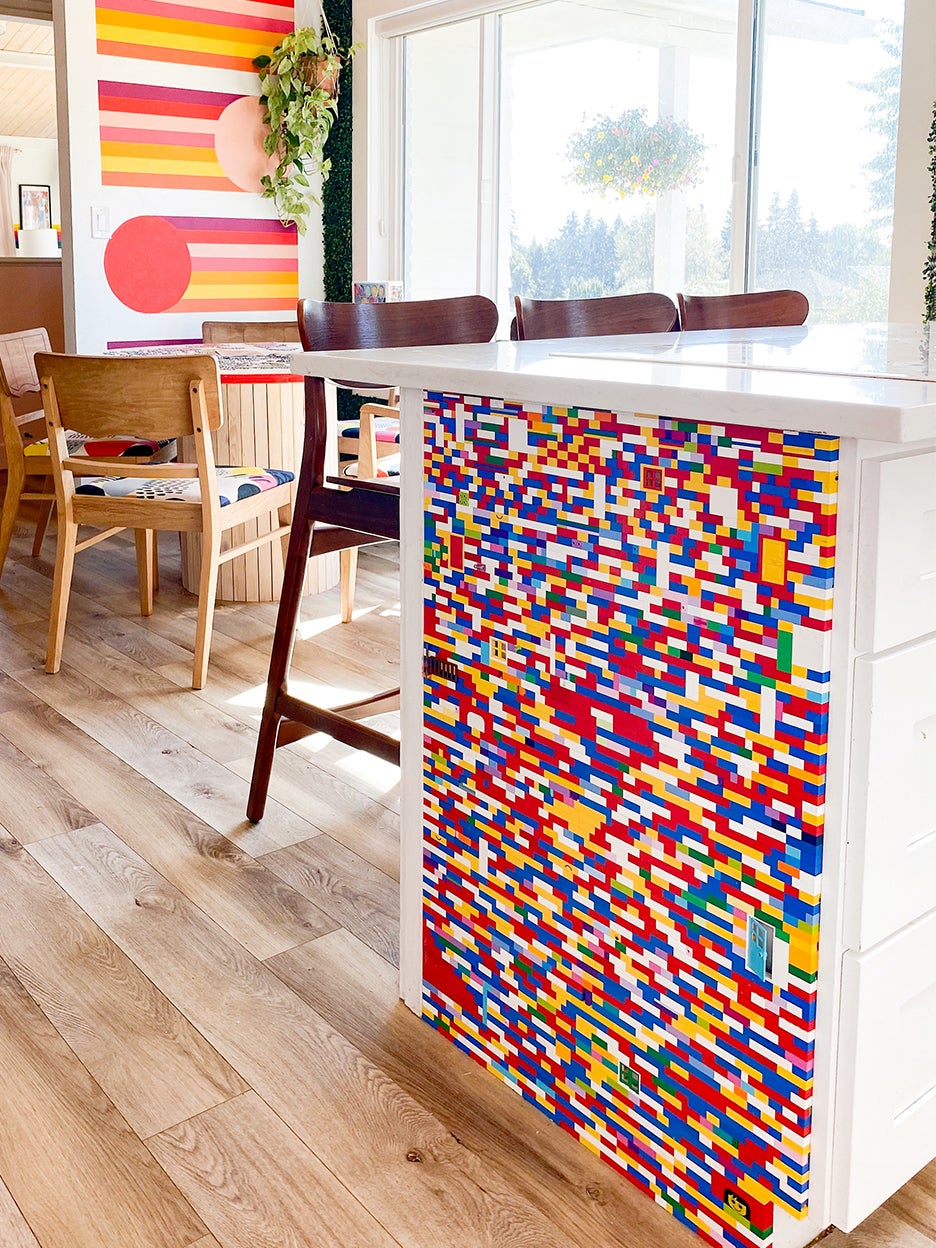 Racheal Jackson’s most time-consuming construction project to date involved a lot of bricks, but not the type that is used for houses—the Lego kind. “My kids no longer have any basic building blocks to play with,” she says, laughing; one side of the muralist’s kitchen peninsula is swathed in tiny plastic pieces. Look closely and you can see pencil doodles made by her youngest child peeking out through the teeny-tiny windows and doorways.

The pro DIYer had been sitting on this project for seven years (she tried a similar setup in her family’s last house, but it didn’t look right against the brown cabinetry and drab beige tile). “I knew I needed a white kitchen, a blank slate, in order to do it,” she recalls. One night after dinner, she and her husband sat down and set out on a four-hour-long journey to sort through bins of classic red, yellow, and black pieces from Jackson’s childhood collection. Here, the artist walks us through the kid-approved reno.

The biggest time suck was sorting through all the Legos to find the key building blocks. Jackson had her eye out for solid bricks, like the 2-by-4 studs, 2-by-3 studs, and 1-by-6s. Working her way up the 36-inch-high edge, she made sure the Legos closest to the side of the kitchen where she cooks were smooth (it’s easier to wipe off cooking grease if they’re flat).

The Lego wall is wedged tightly in between the two pieces of trim that extend out from the peninsula—no glue or 3M tape necessary. “It’s not the most secure situation,” says Jackson, admitting that one or two toddlers have played a little too hard with it and broken parts off in the past. “But we just put it back together.”

Jackson recently disassembled the Lego wall for a very important reason: to add more color. To do this, she laid the sheet down on the floor and took out any pieces that were too stark (mostly the black and white ones) and replaced them with brighter purple and pink rectangles from a fresh batch she bought at Costco. “Bringing in a lot of other tones made it more of a gradient,” she says. She even incorporated small hooks and ledges so her little ones (ages 8, 7, and 4) can add figurines. “Kitchens are normally super-mature places,” says Jackson. “The children feel like this is their home, too.”