You’ve never seen this side of Ibiza. 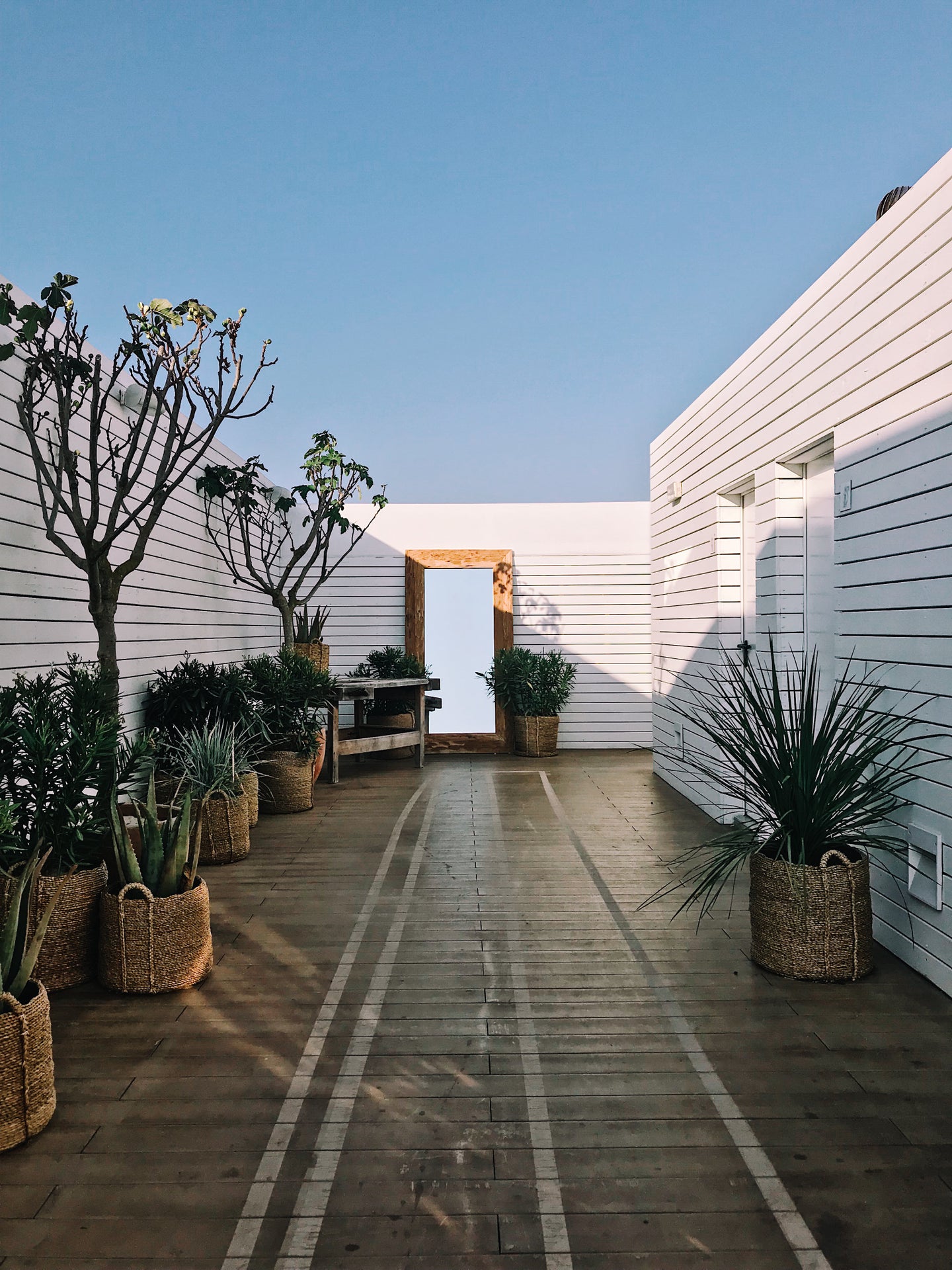 I’m not the most wellness-oriented person. Sure, I’ve done my fair share of yoga, tried out a fad diet here and there, and even experimented with health-conscious swaps, but to say that I live and breathe wellness? Not quite.

And yet, there I was, in the middle of a string of moon salutations, looking out into the spanning depths of the Balearic Sea. Our resort was perched on the edge of a cliff on the island of Ibiza, with little else in sight. For a moment, it seemed as if we were on the edge of the world.

We were fortunate enough to be there during the blood moon—this occurs when the light from the sun is refracted through the earth’s shadow, resulting in the deep orange hue on the moon—and it just so happens that this one was the longest total lunar eclipse of the century. That, coupled with the fact that we were miles away from the bright lights of the city, made for some pretty spectacular views.

Our class wrapped up a little after 10 p.m., and as we set out, I couldn’t help but feel an overwhelming sense of calm, bliss, and balance. Perhaps I was drinking the Kool-Aid, but I’d like to chalk it up to the experience and unique destination instead.

Ibiza’s reputation precedes itself. Throughout the past few decades, the island has secured itself as the unofficial stomping grounds for party seekers and club enthusiasts alike. Its nightlife is unrivaled, and the array of beachfront clubs, where parties typically run into the midmorning, are a hallmark of the destination.

From the moment you step off the plane, you’ll be greeted with flashing lights, neon lettering, and billboards boasting the headliners and residencies of the biggest names in music.

To put it in perspective, Ibiza is roughly 10 times the size of Manhattan, and while many of the resorts and the island’s vibrant nightlife may be concentrated around the capital, much of the island remains untouched. This became increasingly more apparent as we drove west, the island’s landscape rapidly shifting with every mile.

Situated off the Eastern coast of Spain, the Mediterranean island was at one point a reprieve for the bohemians, many of whom flocked to the island in the ’50s and ’60s to escape political and religious persecution. The hippie movement naturally ensued, which helped shape Ibiza’s culturally rich landscape and free-spirited identity.

Today, remnants of that era are indicative of the island’s evolving culture—one that is inspiring its newfound foray into health and wellness.

Our resort was among the first of its kind to be introduced to the Western coast of the island. For the 7Pines Resort Ibiza—a Leading Hotels of the World property—privacy, discretion, and unobstructed views of the sea stood in as the founding pillars of the establishment. Qualities one would be hard-pressed to find on the other side of the island. The resort itself was constructed on the edge of a pine grove boasting a series of cubic-shaped, white bungalows reminiscent of a typical Ibizan village. Sustainability was a major factor in the design of the establishment, which comprises a primarily contemporary scheme with thoughtful odes to the island’s unique identity.

A few kilometers west of the resort, you’ll find the island of Es Vedrà. It’s the third most magnetic spot on the Earth—preceded by the North Pole and the Bermuda Triangle, respectively—and legend has it that the rock island bears a certain mystical quality that evokes creative energy and healing. Characteristics that conveniently align with Ibiza’s storied past and flourishing foray into the realm of wellness.

Resorts, such as 7Pines, are taking advantage of the under-the-radar Western coast of Ibiza and the tranquility of the landscape. After the high season, when the summer crowds dwindle in numbers, you’ll find a new sort of clientele headed to the island. For this fresh wave, endless nights and the infamous party scene are hardly of any interest—instead, they come for relaxation and a moment of zen.

Come winter, Ibiza transforms into an oasis for wellness enthusiasts. The island is chock-full of opportunities prime for R&R—evening yoga sessions under the moonlight, led by 7Pines’s Pure Seven Spa, being one of them, followed by balancing and reenergizing treatments such as Mayan volcanic stone massages and Indian Ayurvedic medicines. At the resort, panoramic views of the Es Vedrà and captivating sea vistas are a force to be reckoned with.

My ultimate mode for achieving a state of pure bliss typically involves the act of floating on my backside in a body of water. The world around you is tuned out and your senses are concentrated between you, the water, and the sky above. It’s probably the closest I’ll get to a meditative state. For now.

With that in mind, I set out to find my body of water, going off on a tip from one of the locals in town. My search led me to Cala Codolar, an unassuming little cove surrounded by mountains and pine tree–laden terrain. The water was crystal-clear, wavering between light blues and greens, and the crowd was comprised exclusively of locals, each seemingly in on the little secret that was this secluded beach.

It was the late afternoon, and the sun had cast its orange glow, alluding to its imminent retreat. Sunbathers welcomed slumber while lounging atop the pebbled beach, and in the near distance, a group of children yelped in glee as they took turns diving off a wooden dock. This was a scene unlike anything one would come to expect of Ibiza, and yet, it felt entirely natural all the same.

5 Can’t-Miss Things to Do and See in Ibiza

Who would’ve thought that this party island was a treasure trove of history? The entire island is a UNESCO World Heritage site and its roots can be traced back to 654 BC. Wander through the cobblestoned streets, relish in the sweeping views, and then pop into the countless charming shops and restaurants that line the main square, Plaza de Vila.

Ibiza’s hippy markets are an institution. There, you’ll find an eclectic slew of handmade offerings from jewelry and clothing to decorative accessories and furnishings. Las Dalias is one of the iconic markets, open both during the day and in the late evening hours. Go for the live music and uninhibited artistry.

Preferably while having dinner on a beach or while sipping on cocktails on a terrace—ME Ibiza’s Radio Rooftop Bar has killer views and a stellar ambiance to boot. Santorini gets all the recognition for amazing sunsets, but Ibiza’s might give the Greek Isles a run for their money. Yep, I said it.

Ibiza’s Museum of Contemporary Art is situated in a 17th-century building in the historic quarter of the city and it boasts a pretty impressive collection of modern art. You’ll also find works done by local artists and residents.

Take to the seas

After all, you are in Ibiza, and it is a port town. Charter a boat and explore the best of what the Balearic and Mediterranean Seas have to offer or take a ferry to the nearby island of Formentera—it’s renowned for its pristine beaches. Take our word: You won’t forget this one.