How to Deseed a Pomegranate Without Making a Mess 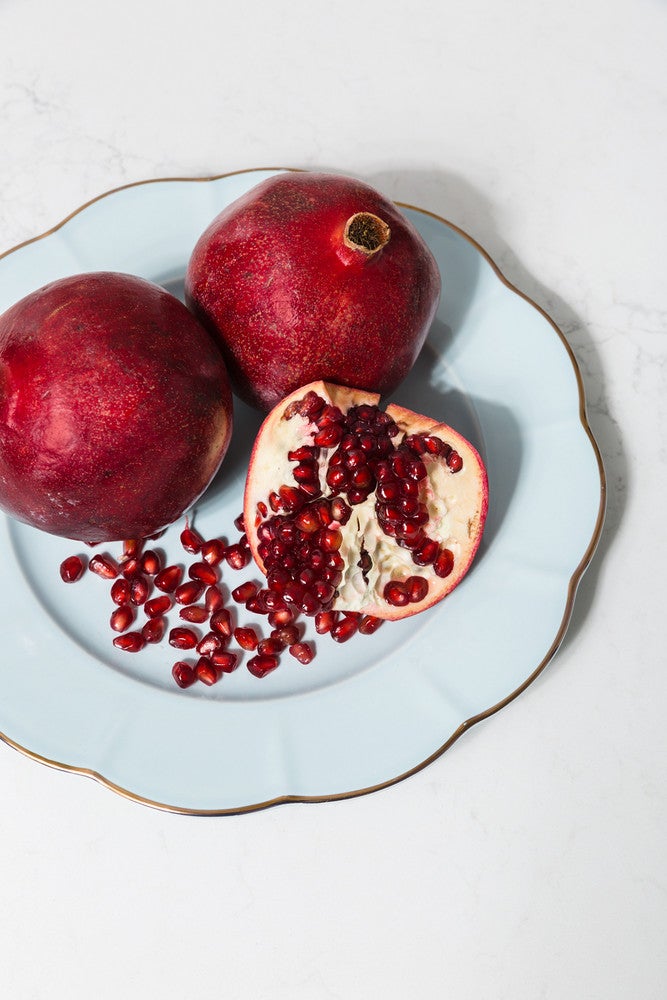 We’re currently in the heart of pomegranate season, which means you’ve undoubtedly come across it in one form or another. The versatile fruit can be used in a plethora of ways: cocktails, smoothies, accoutrements in a salad, the list is virtually endless. Now, it’s no secret that pomegranates are one of the more difficult fruits to open. Ready-to-buy options are available, but it’s hard to suss out the quality of the pomegranate, not to mention the fact that it will likely be more expensive than to buy the fruit whole. Aside from the inevitable mess, at times it may seem like the deseeding process isn’t quite worth the end product. We’re here to change that.

There are a variety of methods, which claim to be the best for deseeding a pomegranate with effortless ease. There’s the underwater approach wherein you essentially slice the pomegranate and remove the seeds in a water bath. While it may be relatively cleaner, it requires the use of a bowl and strainer, resulting in an unnecessary number of steps and tools.
Then there is the wooden spoon method. Here, you slice the pomegranate in half and use a wooden spoon to whack out the seeds. As one can imagine, a mess is just as inevitable, along with running the risk of bursting the seeds that are set deeper within the half.
One of the messiest aspects of cutting into a pomegranate is undoubtedly the instance of actually slicing into a seed. For anyone who has done so, you are all too familiar with what that entails: a hard-to-remove pomegranate seed stain all over your clothes.
Enter the third (and in our opinions, the best) method: An easy, no-mess approach, which is basically foolproof. Yep, once mastered, you can easily deseed a pomegranate in a fraction of the time, and the best part? No whacking or extraneous water bowls necessary. Here’s how.

Once you’ve sliced the fruit all the way around, gently pull the slices away from one another. You’ll notice that they pull away relatively easily. From here, you can begin to deseed the pomegranate.
Discard the white pith—it should remove easily due to the cutting method—and gently deseed into a bowl. It may take a bit to get into the practice of it, but soon enough, you’ll be a pomegranate deseeding pro!