Reddit Has the Ultimate Secret to Ceiling Fan Dust 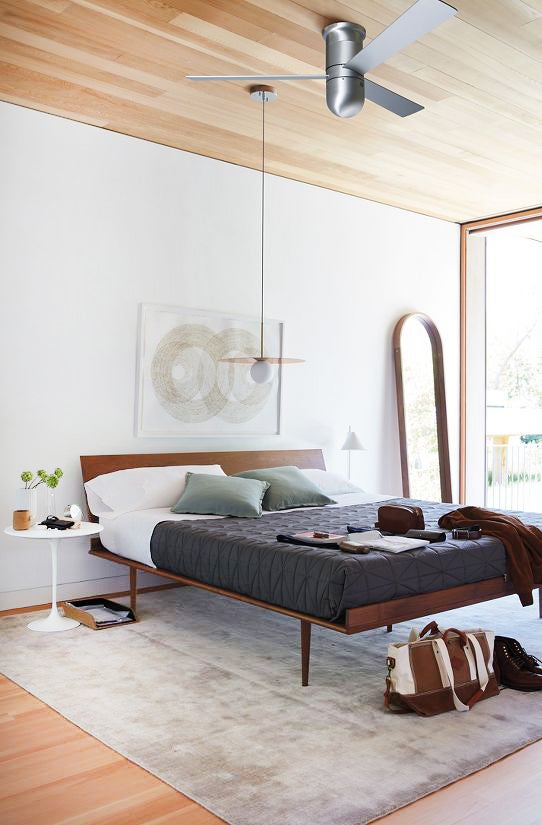 photo courtesy of design within reach

When sleepless cleaners and self-professed neat freaks second-guess their approach to chores, they take their questions to Reddit. From kitchen grease to carpet stains, the discussion site’s savvy community of users and life hackers are dedicated to finding an answer for every household quarrel. Want to know how to clean the microwave with a lemon? There’s a thread for that. Soap scum on the shower door? An anonymous commenter has the fix. Among the many cleaning questions keeping Redditors up at night, one notoriously dusty problem has left users stumped: ceiling fans.

If you take spring cleaning seriously, wiping down the ceiling fan might be something you do once a year when you’re feeling generous. The sky-high spot is a dusting nightmare for that very reason: It’s hard to reach. And once you do manage to climb your way up there, a simple swoop of the Swiffer leads only to a second dusty mess on the freshly washed comforter or just-mopped floor below.

Luckily, Redditors have been working hard and cleaning furiously to find a solution to this pesky problem, and they’ve been keeping tabs on their trial and errors in the thread, “What is the best cleaning tip you’ve ever received?” It was here that we unearthed a never-ending conversation on the best hacks for cleaning fan blades. Read on for four of our favorite unusual and genius strategies for picking up hard-to-reach dust bunnies.

The real trick is catching the dust on the blades and securing the mess before it falls. Traditional dusting, wiping, and washing techniques only seem to make matters worse. One Redditor has devised a clever alternative to trap residue in its tracks.

“To clean ceiling fans, put a pillowcase over the blades and then slide them off. It’ll pull the dust/debris back inside of the case,” says Javenture.

In lieu of using traditional implements like a handheld duster, an extended Swiffer, or wet wipes, Javenture’s two-sided pillowcase hack might be the ultimate fix for trapping lingering debris. The only real con is having to wash the pillowcase afterward. That said, this savvy tip is a great way to make use of old and unused bedding that would otherwise get tossed in the trash.

Given the sheer distance between the fan and the floor, vacuuming might not seem like the most obvious strategy for cleaning the blades. According to user Sightofthestars, taking a small, cordless vac to the fan will take care of most of the debris. “You can get the majority off with vacuuming and then just a quick swipe of a damp paper towel or baby wipe,” says Sightofthestars.

While there’s some debate concerning the effectiveness of this hack (other users argue that vacuums push the debris around, rather than pick it up), this user’s tip is a great reminder that dusting and vacuuming should always go hand in hand. No matter your dusting approach, vacuuming the room after you’ve cleared off the fan blades will help pick up any lingering particles that are floating through the air or have settled on the floor.

Redditor Darlinmermaiddarlin isn’t a fan of the vacuum strategy, but the user does make a strong case for dryer sheets. “Lint and dust tend to stick to the blades, so vacuuming doesn’t work for me… and anything damp just pushes it all around. I usually use a dryer sheet and it slides right off,” says the commenter.

Because dryer sheets are designed to reduce static cling, they’re super handy at removing dust and preventing it from resettling for a few days. That said, there are a number of cleaning experts who have called out dryer sheets for their use of synthetic fragrances and other potentially harmful ingredients. Before fully committing to this method, take a peek at the chemical breakdown on the back of the label.

This might be the most time-consuming hack, but we still think it’s worth sharing. For the type-A cleaner who would rather thoroughly clean the blades from the comfort of the ground, user Daftne suggests unscrewing and detaching the blades and carefully lowering them to the floor.

“So long as you’re not swinging them around like a maniac, the dust stays put. Then I can clean them without worrying about missing anything,” says Daftne.

No matter which side you take in the great ceiling fan–cleaning debate, one lesson is clear: Cleaning your fans is more important than you think. Bid allergies, asthma, and dust mites adieu by showing your ceiling a little more love the Reddit-approved way.

How to Actually Clean Your Keyboard

How to Clean the Hard-to-Reach Areas in Your Home