The Chic Houseplants You Should Be Buying in 2018

Trendy greenery to elevate your living space this year. 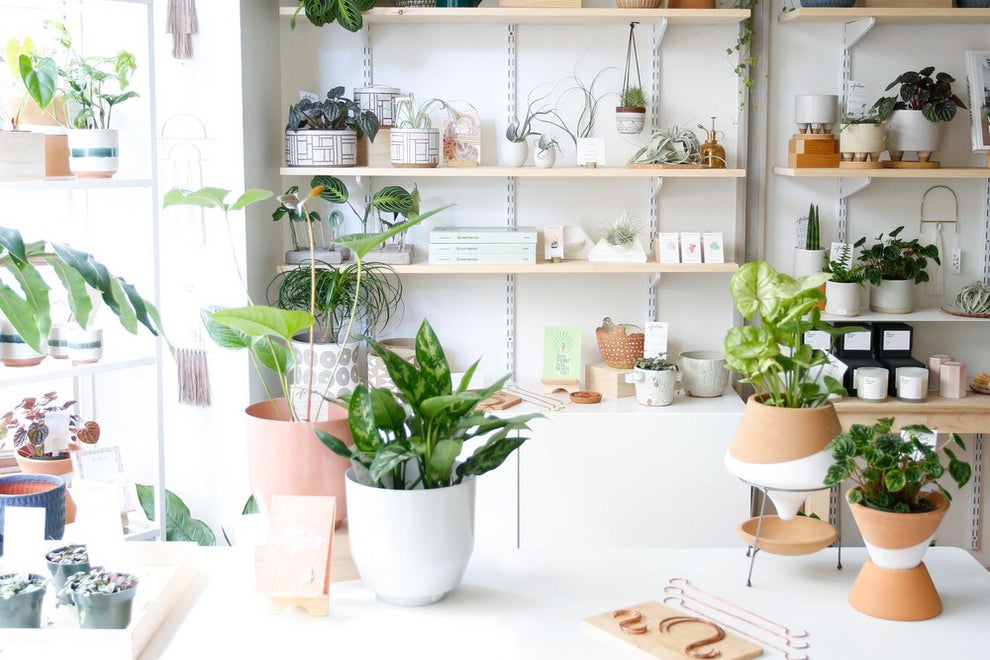 Foliage has skyrocketed from periphery desire to interior mainstay—consider it the latest and greatest accessory for your home. While that status may have been a few years in the making, the thrill of plants in one’s home has surfaced questions that otherwise seemed trivial: What plants are best for which climate, how often do they need to be watered, and how big do they grow?

Most importantly, however, which are the best to buy now? We want perfectly designed living spaces, and the cornerstone to that is houseplants. Thanks to our friends at The Sill and Folia Collective, we were able to get expert advice about the ones to add to your roster this year.

“When it comes to plants, pricing is usually based on two factors: size and rarity. How big is it, and how hard is it to find? When it comes to cacti in particular, they’re super slow growers, so smaller is more economic for customers and suppliers.

They’re also very unique looking! Cacti can come in all shapes, colors, and sizes, and some look almost unreal, alien-like. Definitely different aesthetically from tropical plants. If you’re an East Coast native, there’s that West Coast appeal. We’re so far removed from the sun and desert that cacti are really unique.

Cacti are easy to care for since they’re succulents (from the Latin word succulentus for juice or sap), and are defined by their moisture-storing capacity. Botanically-speaking, the term succulent refers to any plant that has evolved adaptations to survive hot, arid environments (like a cactus has to survive the desert). This means a cactus-owner can go weeks—maybe even months during the dormant season—in-between watering their plant. That’s really attractive to someone who wants plants, but doesn’t have a ton of free time to devote to them.

One thing to note, though, is that cacti need a ton of natural sunlight. Don’t get a cactus unless you have a super sunny, dry spot to put it in. Think of their native habitat, a hot/sunny/dry desert.”

“Fishhooks Senecio (or String of Fishhooks) is such an easy-to-grow trailing succulent. They’re not fussy to care for, but they do require bright, direct light and infrequent waterings.

They are also super easy to propagate by stem of leaf cuttings. A quick-growing, trailing succulent, they look great in hanging baskets or wall planters.”

“We’re seeing a huge spike in patterned plants, particularly the Calathea variety. They are easy to care for—they only need to be checked on about once a week, watered every one to two weeks, and kept in medium sunlight (making them great for urban dwellers). They’re also pet friendly, and there are so many different varieties of the Calathea.

My personal favorite is the Rattlesnake, as they have gorgeous leaves that look like they’ve been painted on top. There’s also a cool factor to them where they give into this phenomena called nastic movement—their leaves move up and down with the sunlight. It’s great for both plant enthusiasts who want to add something new to their collection, as well as those who want it as a design element.”

“With companies like Glossier, the beauty industry has really made people more concerned with what they’re putting on their skin and what’s in their beauty products. We’ve seen a huge response to the Aloe Vera plant, both online and in stores.

The Aloe is a great plant because you can honestly use it. During the summer, whenever I’m sunburnt, I just whack off a bottom leaf, push the gel out, and use it. People are starting to look more for plants that they can use to either cook with, or as natural remedies.”

“The Marimo Ball became really popular overseas, and now, it’s come to the US. They’re actually a living, green, filamentous algae colony: They are slow growing and they live in water, fully submerged. We’re seeing them more as the new pet rock, because while they need a bit more care—the water must be changed every one to two weeks, and the Marimo should be taken out and rolled to help keep its shape—it’s a great starter plant. For those who are traveling or busy, it’s a great option for those who want plants in their home, but don’t want to spend the money only for them to die in the end.”

“They are these awesome

in which the leaves are literally heart-shaped. It’s even been nicknamed the sweetheart plant. It has great succulent qualities and is drought tolerant—although it does need a lot of light. We’re doing them as a Valentine’s Day exclusive because they’re difficult to find, but so cute. We think they’re a great swap out for the usual flowers, because with the right care, they will last for years.”

“This one picked up quite a bit of steam in 2017, and it’s already going strong this year. The Monstera Deliciosa, also referred to as the Swiss Cheese Plant, has kind of become a darling in the design world—it’s a plant that we think is quite beautiful. It has graphic appeal, and the shape of the leaves is really interesting. It’s also a plant that’s easy to care for if you have the right spot for it.”

“The Pilea Peperomioides became a darling amongst plant nerds, and it’s now begun to cross over to more of the average consumer. It’s very difficult to get in North America, but people love it because it grows in an unusual way—and it’s easy to propagate.

There’s a kind of folk tradition around it that you’re not actually supposed to buy one: Instead, it’s a plant you get as a gift because someone gave you a pup off their plant.”

“There are a lot of Ficus that are easier than the Fiddle Leaf, and arguably even more interesting looking. The Ficus Triangularus has these really cool leaves that are smaller and cover more of the whole tree, eventually creating a column. As they grow, they begin to arch over in a beautiful, graceful way. They make a statement, but aren’t quite as particular, so they’re a great alternative for those looking for a tree that won’t need extensive maintenance.”

This story was originally published on January 28, 2018. It has been updated with new information.