The No. 1 Essential Your Bedroom Needs

The prettiest way to breathe easy. 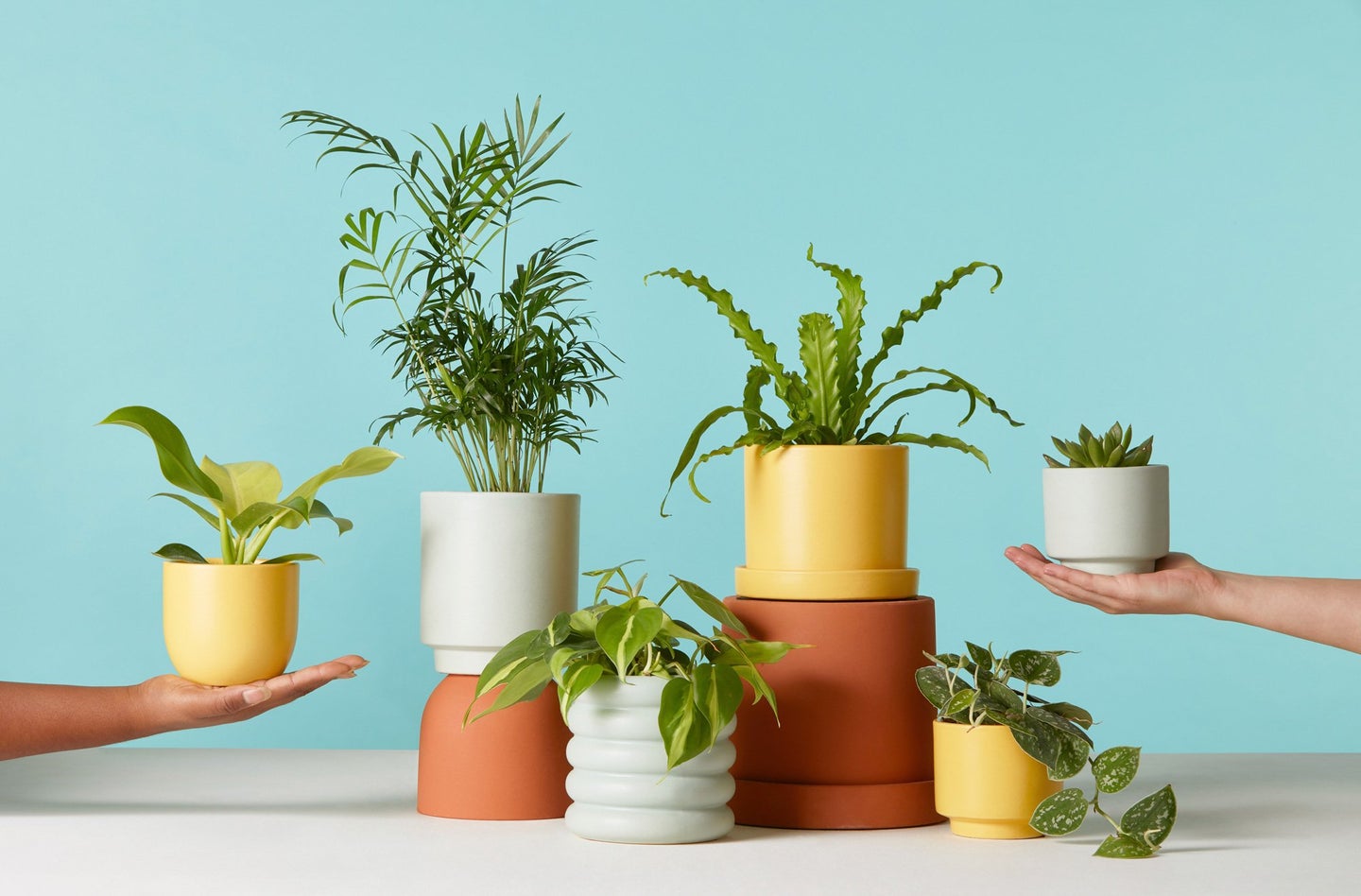 courtesy of The Sill

If there was a simple, affordable, aesthetically pleasing machine that could clean your air of dust and other nasty physical particles, destroy harmful gases like formaldehyde and benzene, and supply your space with plenty of oxygen to help you breathe easy, it’d be a no-brainer to buy into it. Good news—if you own a houseplant, you already have it.

A 2015 study by NASA tested a number of houseplants and proved they have impressive air-cleaning abilities. But those benefits don’t just exist in the few that were tested. “The truth of it is, all plants clean the air and all plants contribute to wellness,” explains Christopher Satch, Head of Plant Education at The Sill.

“It doesn’t matter as much which plants you have—it matters that you just have plants.” Since you spend (at least, or more than) seven hours in your bedroom every day, it’s crucial to have a houseplant (or a few!) to ensure you’re breathing the cleanest air possible.

So, How Do Plants Work Their Magic?

It happens in two ways: one, physical, and another, chemical.

“If you’ve ever been to your dentist’s or your doctor’s office and you see that really dusty, gross-looking plant in the corner, you should actually thank that plant. It’s been doing a lot of hard work for you,” says Satch.

Plants, like people, have a static charge that attracts the static charge of dust—so they physically leech dust and other unwanted particulate matter out of the air. Just make sure to give your plant’s leaves a good wipe-down every week or so, to make sure that it continues doing its dust-cleaning job.

The chemical cleaning process of plants is a bit more complex, but it’s basically rooted in a survival-of-the-fittest philosophy. “We live in a kind of nasty environment with all these synthetic things, and paint, vinyls, rubbers, plastics especially—all these things that are made of synthetic carbon-based materials break down over time,” says Satch. “They break down over time, and they release organic volatiles into the air—formaldehyde, benzene, and other gases that are known carcinogens.”

advertisement
“It doesn’t matter as much which plants you have—it matters that you just have plants.”

As the earth’s atmosphere oscillated between better and worse over millions of years, plants developed the ability break down the chemicals that cause them damage, too: they absorb dangerous gasses and convert them into harmless components like oxygen, nitrogen, and even water. They may be cleaning the air for their own benefit, but they’re helping you out, too.

The Best Plants for Your Pad

As previously mentioned, all plants offer an air-cleaning benefit that can help you to sleep easier. But, as anyone who’s accidentally killed a plant (or a few) knows, not all plants are exactly beginner-friendly. These few, however, make an ideal addition to your bedroom without requiring a green thumb.

If You Like a Show-Off: Snake Plant Laurentii in August Planter, The Sill, $51

The Snake Plant is a foolproof pick that will grow tall and mighty, as long as it gets a good amount of light. It’s also one of the plants studied specifically by NASA, and was proven to produce large amounts of oxygen while filtering out gases like benzene and formaldehyde.

If You Appreciate an Unexpected Twist: Marimo ‘Moss’ Ball, The Sill, $9

Consider the aquatic Marimo ‘Moss’ Ball. The fuzzy-looking green orb was first discovered growing in lakes off the island of Hokkaido, and it looks straight out of a Murakami film. They’re kept in a small fish bowl (which The Sill sells in a set), and although they don’t do much in the way of air-filtering, they produce a significant amount of oxygen—even Satch keeps a few in his bedroom.

If You Love a Classic: Peperomia Green in August Planter, The Sill, $48

With its sturdy, waxy leaves, Peperomia has all the appeal of a round-leafed succulent, without being quite so picky. “They’re sort of similar to the snakes—you can put them in direct sun, and they’re fine, or you can put them in much lower light and they’ll be okay too,” explains Satch. They might drop a few leaves if they aren’t getting as much light as they’d like, but never fear—that’s just a sign that they’re adjusting to their new environment.

If You Aspire to A Tropical Lifestyle: Bird’s Nest Fern in Medium Hyde Planter, The Sill, $61.50

Ferns prefer a slightly more humid climate, so if you can’t sleep without a humidifier (or if you already live somewhere that could never be described as “arid”), they’re an easy choice, especially if your room has lower-level light.

How to Care for Your New Friends

“As long as you get the watering and the light right, everything else will come together,” says Satch. For these plants (with the exception of the water-dwelling Marimo), watering is relatively simple. Just stick a finger in their soil every couple of days: if it’s dry, water until the plant is totally saturated, and if it’s wet, hold off. If you’re a gardening newbie, opt for a planter that has drainage holes to avoid overwatering.

The amount of sunlight your room gets will determine the best place to put your plants. Low light plants can tolerate lower levels of sunlight, but that doesn’t mean it’s their optimal setting. “Light is food for them, so it’s kind of like putting them on a diet,” says Satch. If your plant seems a bit droopy or otherwise unhappy, put it in a windowsill and allow it to recover.

The most important thing to know when caring for plants is that they’re living things—and it’s totally okay if you accidentally kill one or two as you start to learn more about their care and keeping. “Don’t treat plants like furniture,” says Satch. “What a lot of people don’t get is that those really nice Instagram photos of plants in corners—those plants are just placed there for the photo shoot, and then put back to where they actually live in their windows.”

“Light is food for them, so it’s kind of like putting them on a diet.”

A few new houseplants will help to keep your room looking and feeling fresh, as long as you pay attention to their needs and select the right one for your space. When in doubt, a little sun can do a lot of good—and your plant will reward you with plenty of nice, clean air.